A privileged position within the region

In 2015, Tabaré Vázquez became President of Uruguay for a second time, after having previously served a term from 2005 to 2010. In this exclusive interview with United World, Mr. Vázquez speaks about the country’s progress since 2005 and how it has remained resilient in the face of external pressures. He also discusses Uruguay’s competitive advantages, as well as the landmark Uruguay v Philip Morris court case, in which the World Bank’s International Centre for Settlement of Investment Disputes (ICSID) ruled against the tobacco company, which was seeking compensation for economic damages caused by the nation’s anti-tobacco measures 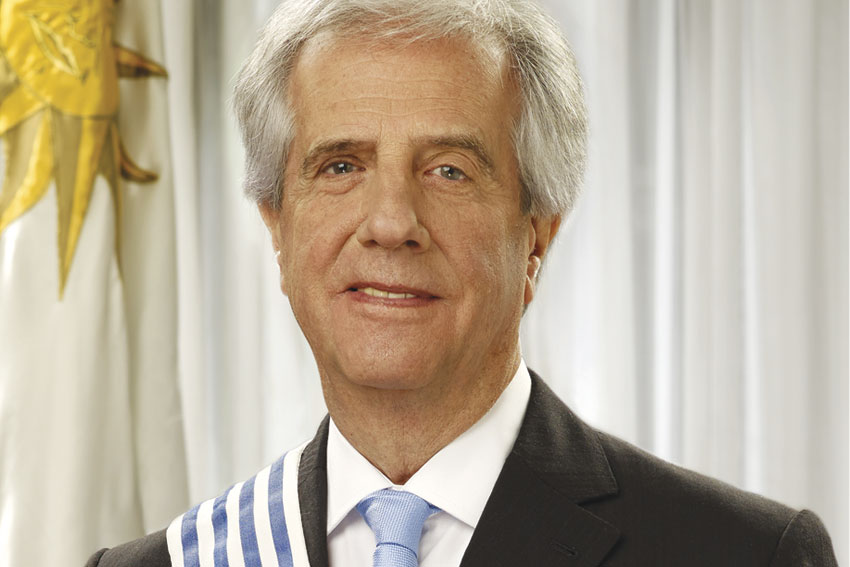 What are the main priorities in your Cabinet’s agenda for the next few years?

Let me first take you back to 2005, when the country was struggling from a crisis situation and urgently needed to make a number of structural changes. By moving forward with tax, healthcare and educational system reforms, which were undoubtedly successful in my humble opinion, we put Uruguay in a privileged position within the region.

We were able to start a very important phase of growth to such an extent, that during those five years from 2005 to 2010, we were always above the region’s average growth. While external conditions were similar for all the countries in the region, Uruguay managed to overcome the disadvantages, gain strength and capitalize on this strength to achieve 7% to 8% GDP growth for those years. Then came the second administration of the Frente Amplio (Broad Front, a Uruguayan center-left coalition of political parties), from 2010 to 2015, which made further progress in these types of policies, and now it is our turn in this third administration.

International uncertainty is exacerbated by the problems our neighboring countries, such as Argentina or Brazil are facing; or the situation in Venezuela, which is, or at least was, one of the main buyers of some of our products; as well as China, nowadays our main trading partner.  However, Uruguay gained strength in spite of these existing regional and global disadvantages and never went into recession. Uruguay continued growing at a slower pace–very modestly, but while other countries in the region fell into recession–some of them quite severely.

We have set out strategic lines that we will follow and I would like to highlight one in particular: Uruguay must strongly, decisively and rapidly open up to the world and seek markets for its products. Uruguay is a net exporting country, basically a food exporter. We export 90% of what we produce.
We have focused on recovering and improving already existing but weakened markets, opening up new ones and seeking a better insertion of Uruguay at international level through trade agreements.

One of the things that Minister of Foreign Affairs Rodolfo Nin Nova told us is that Uruguay produces significant surpluses, which must be necessarily sold abroad.

Yes, but more specifically, in Uruguay we also need to add labor. For example, as regards the wood sector, in which Uruguay has strong foreign investments, we also need to aim at expanding the industrialization of the raw material we produce, and this is one of the challenges we face. The Ministry of Economy will surely provide a much better explanation.

(Minister of Economy, Danilo Astori, speaks) We are working on continued improvement of quality and excellence of investments and trade as a basis for the country’s competitiveness, as in order to be successful in foreign markets you need to compete and, naturally, the main pillar of competition is innovation and integration of technological know-how. And Uruguay has made great progress in its entire economy, and particularly in the primary economy to which knowledge and innovation are gradually being added.

(President Vázquez continues) I would like to highlight three of our strategic lines. The first one is the comparative advantage Uruguay has, which is its capacity for innovation and promotion of scientific research. One of the major reforms we introduced during the first administration was the creation of the National Agency for Research and Innovation, and the support given to several organizations that work towards that goal.

Uruguay is a strong exporter of knowledge; in fact, we rank among the first countries in Latin America exporting knowledge and the U.S. is our main market

The second strategic line for Uruguay to continue growing has been the design of a National Infrastructure Plan. During the first administration we had designed an Energy Strategic Plan, and within a few years Uruguay went from being an importer of oil-based energy or depending on the weather to currently being an energy exporter. We sell energy to Argentina and we will probably be selling energy to Brazil as well.  This National Energy Strategic Plan, which was very successful, served as a model for the development of the National Infrastructure Strategic Plan.

The third line involves studying the issues that not only affect Uruguay but also many other countries as a result of the changes in age or population pyramids.

What will be the amount of the investment for this plan?

It will cost $12.5 billion. And this has drawn worldwide attention. Therefore, we will be traveling to China but also to Galicia in Spain in order to present our Strategic Plan to Spanish and European investors at large, reinforced by (Finnish forest industry firm) UPM’s recent announcement to install its second wood processing plant with a $5 billion investment. This will have a positive impact on the country’s economy and on job opportunities.

How has the victory in your lawsuit against Philip Morris been received by the Uruguayan people and how can it serve as a precedent for other countries fighting to stamp out tobacco use?

Uruguay has taken it with great responsibility and very seriously. Actually, we do not like to talk about “victory” in relation with this subject, as there were many lives lost along the way and much suffering. But I believe that beyond the fact itself, and the relationship of tobacco use with the different types of chronic diseases, there are two substantial aspects to this dispute. The first one is that the right to life and the right to health should prevail over commercial rights. This may imply substantial changes to investment protection treaties that will certainly require the addition of a chapter involving the protection of only those investments which do not affect or harm society’s health.

The other aspect which I do not consider minor is the sovereign right of citizens and their governments to defend people’s health from the interests of multinational companies, because this is what was at stake in this lawsuit. If Philip Morris had won this lawsuit, it would have meant that it ruled over Uruguay, but it was made very clear that the Uruguayan people rule over Uruguay and defend the fundamental and principal rights, namely, the right to life and the right to health. This lawsuit marks a historic landmark. The fear of multinational tobacco companies has somewhat subsided.

The U.S. is one of Uruguay’s important business partners. What are the steps the two countries should be taking to improve and optimize their cooperation?

We want to work on this relationship. For example, we have meetings with the Council of America where we meet U.S. and Uruguay entrepreneurs and investors. We have been doing this for 4 years. On the other hand, we have the Uruguay-U.S. Chamber of Commerce, which also plays a key role in this respect.

(Minister of Foreign Affairs,  Rodolfo Nin Novoa, speaks) We truly have many shared values that already bring us closer to the U.S. Values endorsed by Uruguay involving the right to international respect and legal certainty have resulted in the U.S. becoming one of the main players in foreign direct investment in our country. American companies trust us and they establish branches in Uruguay. The same happens with trade, because trade between Uruguay and the U.S. has been growing steadily and is based on the quality offered by Uruguay. Uruguay is a country that provides credibility. It is a trustworthy country.

What will be the focus points for the CELAC (Community of Latin American and Caribbean States) Summit in 2017?

(President Vázquez continues): Firstly, strengthening our relations with China, not only from a trade perspective but also from a cultural perspective. From the commercial perspective we need to determine whether, at some point in time, we will be able to sign a Free Trade Agreement (FTA) with China, or at least a state-of-the-art trade agreement enabling us better positioning to compete against other countries who alredy have FTAs with China and are strong competitors. We are referring to Australia and New Zealand. In this regard, we strongly desire to be able to achieve our goal within the shortest possible time.