A new beginning. A resilient nation

This year Sierra Leone celebrates the 15th anniversary of the end of the civil war as a unified nation and beacon of democracy and social progress in Africa. After a major setback with the Ebola crisis in 2014 and 2015, which led to economic contraction of over 20 per cent, the nation was officially declared Ebola-free in March, and has resumed on a path to building sustainable and inclusive economic growth 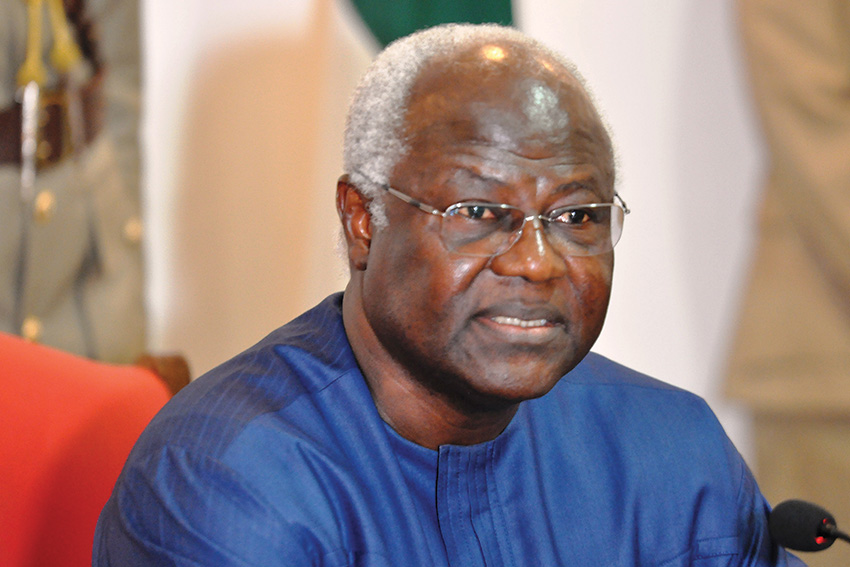 If the essence of this West African nation were to be distilled into a single word, that word would be resilience. After the devastating civil war, which tore through the country between 1991 and 2002, Sierra Leoneans quickly set about rebuilding their communities, repairing infrastructure, constructing new schools and clinics, and even restarting mining operations.

These efforts, coupled with nationwide reconciliation ceremonies and the successful restoration of multiparty democracy at both the local and national level, set the country firmly back on its feet. Economic output doubled in the decade following the war, driven by commodity exports and agricultural production. GDP growth took off in 2012 with the commencement of large-scale iron ore mining, reaching over 20 per cent in 2013, with a further 11 per cent forecasted in 2014.

However, in 2014 came the West African Ebola virus epidemic, which killed more than 3,580 of the country’s people in 18 months, wiping out the farming sector as quarantine restrictions meant that produce could not be taken around the country for sale. As if that weren’t enough, on its heels came a slump in the global price of iron ore, which crippled the mining sector.

“We must once again demonstrate our resilience and ability to adapt and work as one; to overcome the challenges thrust upon us by Ebola and to create the nation we know our children deserve”

Ernest Bai Koroma, President of the Republic of Sierra Leone

As a result, growth for the year came in at just 4 per cent, followed by a contraction of over 20 per cent in 2015. For a time, it looked as though all of Sierra Leone’s post-war progress would be undone. But today, since being declared officially free of Ebola in March 2016, the country is demonstrating once again its drive for development. In its latest forecast, the IMF projected medium-term growth to gradually pick up to around 6.5 per cent by 2020; while the government expects expansion of around 5.4 per cent in 2017.

Through the National Ebola Recovery Strategy, Sierra Leone is picking up its Agenda for Prosperity – a document put together by President Ernest Bai Koroma at the start of his second term in 2013 – where it left off, and the aim is for the economy to be ranked as middle-income by 2035.

“We must once again demonstrate our resilience and ability to adapt and work as one; to overcome the challenges thrust upon us by Ebola and to create the nation we know our children deserve,” says President Koroma.

Now, as they look back on 15 years of peacetime accomplishments, including free democratic elections endorsed by the international community, and the peaceful transfer of power from one political party to another, Sierra Leoneans are rightly proud of their country’s achievements.

The 2015 United Nations Development Programme (UNDP) Global Human Development Report, published in March 2016, demonstrates that Sierra Leone is making significant progress in its Human Development Index (HDI) value, having risen from 0.268 in 1980 to 0.413 in 2014, a growth of 50 per cent, putting its 0.625 HDI target by 2035 within reach.

“We are now better prepared to face new challenges. We are pursuing a stronger and more sustainable and inclusive growth for Sierra Leone, with different development activities across the country,” says Dr Samura M.W. Kamara, Minister of Foreign Affairs and International Co-operation.

These development activities include the president’s far-reaching economic reforms to increase government revenue and streamline agencies such as the National Revenue Authority, while major industries such as mining have been injected with a modern outlook to bring them in line with international best practice based on the principles of sustainable development.

These reforms were applauded by the International Monetary Fund (IMF), representatives of which carried out a review mission to the country in September 2016 under its Extended Credit Facility. The IMF found that “since the last quarter of 2015, economic growth has resumed, and it remains on an upward trend, supported by new investments in mining, agriculture and fisheries. The recovery underway is projected to remain sustainable over the medium term.”

Few countries have escaped the implementation of austerity measures in recent years, as governments grapple with outsized expenditure and tougher regulation, but President Koroma is keen to show that Sierra Leone’s belt-tightening programme, in place until the first half of 2017, covers the whole country, including the governing elite. Not only did he implement the suspension of all foreign travel for public officials, except essential and statutory trips; he also slashed overtime payments and fuel allowances for civil servants.

“My government remains committed to good governance, and will continue to build upon our post-conflict peacebuilding and democratic gains by further strengthening our democratic institutions; by strengthening access to justice”

Ernest Bai Koroma, President of the Republic of Sierra Leone

The Sierra Leone of today is building on strong foundations in the relentless pursuit of economic development in order to reduce its reliance on foreign aid. However, the president’s vision for the country puts the welfare of its people firmly at the forefront, as it is only by creating inclusive growth that Sierra Leone can dismantle the cycle of poverty once and for all.

“We are introducing nationwide school feeding, providing additional subsidised public transportation, cash transfers to the vulnerable and continued support to the free health care initiatives as well as free primary schooling and the payment of fees for public examinations,” says Momodu L. Kargbo, Minister of Finance and Economic Development.

One key focus is on making up for lost time in the classroom for Sierra Leone’s children. Since schools were closed for an entire academic year during the Ebola outbreak, the country’s education ministry has implemented two shortened academic years with an accelerated syllabus focused on core subjects, boosting school enrolment rates and thus ensuring the younger generation are equipped with the necessary knowledge to continue the country’s development in the future.

And it is not only in welfare where the government is placing its efforts. In the past decade, the country has made the third-largest improvement in governance of any country in Africa, according to the Mo Ibrahim Index of African Governance.
“My government remains committed to good governance, and will continue to build upon our post conflict peace-building and democratic gains by further strengthening our democratic institutions and access to justice,” says President Koroma.

Over a million Sierra Leoneans live outside the country after fleeing during the country’s long civil war, and their recent history is one of close involvement in relief efforts. The diaspora was key in mobilising support for peace and justice post-conflict, and organisations such as the UK Sierra Leone Diaspora Ebola Task Force played a vital role in tackling the spread of Ebola. But it is also this diaspora who has been among the first movers in helping their home country on the road to economic recovery.

“Harnessing the African Diaspora in building capacity in Africa is the only way we can give practical relevance to the narrative of our common ancestry, our historic resilience, and our aspirations for a better world through a better Africa,” said President Koroma at an address to the World Bank in Washington, D.C.

A World Bank survey of 600 foreign resident Sierra Leoneans found that almost half had already invested back home, with areas of interest ranging from real estate to education. Today, as Sierra Leone consolidates its spectacular progress in nation-building and sustainable development, they are fast being joined by businesspeople from all over the world.