A global community looking to the future

Despite international prejudices, the African continent is emerging as world leader in terms of social inclusion, energy innovation and climate awareness 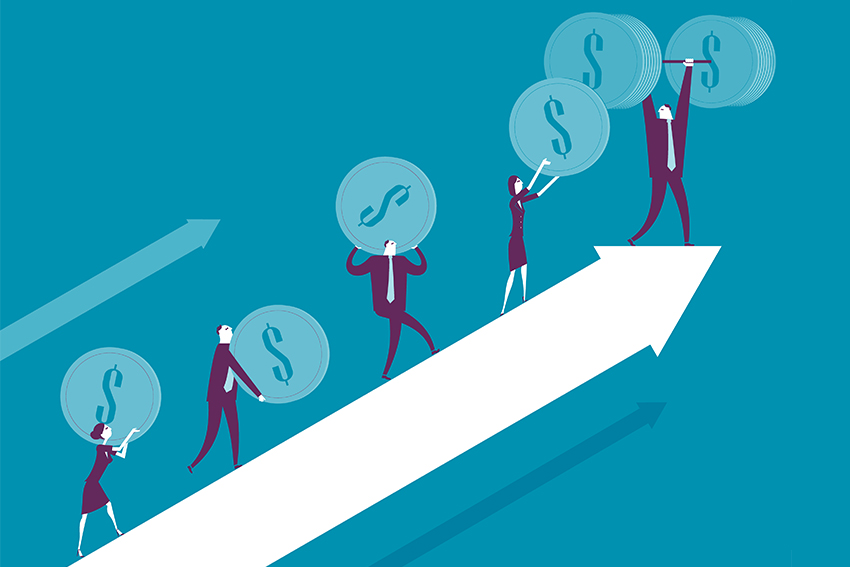 COUNTRIES UP AND DOWN THE CONTINENT ARE GROWING SOCIALLY, POLITICALLY AND ECONOMICALLY AT UNPRECEDENTED RATES, AND IT IS OBVIOUS THAT THE CONTINENT HAS SO MUCH MORE TO OFFER THAN MANY VIEWPOINTS SUGGEST
SHARE

Economies in Africa are growing at an astronomical pace. To highlight one of the many possible examples, look at Zambia. As Information Minister Chishimba Kambwili explains, Zambia has experienced sustained average GDP growth of 7.5% over the last decade. “Zambia is a very safe investment destination compared to other African countries, especially in the Southern Africa region. Zambia is a very politically stable country with a low crime rate. Crime is minimal and its people are kind and welcoming. We are also endowed with many natural resources,” the minister notes.

The explosive growth of the continent is understandably attracting foreign interest. August marked a new era for Africa when President Barack Obama hosted the first US-Africa Leaders Summit in Washington, with over 46 nations represented. When asked why is Africa a more attractive destination for investment in the current climate, Congolese President Denis Sassou Nguesso responded that the age of “pervading Afro-pessimism is now behind us.”

“It is proof that today, it would be wrong to not believe in Africa,” Mr. Sassou Nguesso said. The figures speak for themselves; over the past decade Africa as a whole has seen strong gains in its rate of growth: 5.3% in 2012 and 5.6% in 2013. And the benefits are being felt all across the continent. As Carlos Dos Santos, the High Commissioner of the Republic of Mozambique points out, over the past 40 years Mozambique has been able to reduce its level of poverty from 89% to 54% -- a huge achievement.

In many African economies, the mainstay of the economy is typically based on resource extraction. Going back to Zambia, the resource of choice is copper, and the copper mining industry is the bread and butter of the country’s economic structure. However, over the last 10 years or so the country has been trying to diversify the economy from dependence on this finite resource. Zambia is a big country, and immensely diverse; if you travel from north to south, you will take in a colossal amount of forest, an indicating of how rich the soil is. Well-suited for agriculture purposes, Zambia is investing heavily in value-added crops that can add to the country’s export portfolio in order to drum up greater levels of foreign exchange from non-traditional exports. Africa offers the most potent weapons in the global fight against the causes of climate change, and for the sustainable management of the environment

One of the most common areas into which African economies are diversifying is tourism, which is yet another source of apparently limitless growth. Africa is truly a gift of nature where the very earth abounds with enormous potential. It also offers the most potent weapons in the global fight against the causes of climate change, and for the sustainable management of the environment. In effect, the continent is home to the planet’s second ecological lung, after the Amazon. The Congo Basin, a World Heritage Site, is one of the attractions that marks the continent out. Its massive potential in human and energy terms is yet to be fully exploited but it is evident that with the right sort of management and investment the region could become the driver of Africa’s growth for generations to come.

Pohamba Shifeta, the Namibian Minister of Environment and Tourism, describes the massive growth that the sector has experienced over the past decade. “When we started work back in 2003, we probably had about 223,000 international arrivals. Now, we have about 1.5 million. Back then, our accommodation offer probably didn’t exceed around 200 properties. Today, we have about 1,200.”

Looking at what Namibia has to offer in terms of its natural wonders it is not hard to see why. Namibia has the largest population of black rhinos in the whole world and many more of the continent’s sought-after fauna in abundance for safari enthusiasts. Namibia is also a continental leader in terms of conservation. As WWF notes: “Namibia was the first African country to incorporate protection of the environment into its constitution.”

Furthermore, there is a concerted effort to make sure that communities are part of the process. Namibia currently has 82 community conservancies, which are managed by community members themselves and are in charge of the translocation animals depending on population numbers. As such organizations are under the custodianship of the people, it is an extremely useful method to ensure the safety of the animals.

Tourism in Africa is not limited to safari however. Egypt is an obvious example that man-made beauty can be just as appealing to international tourists. Former Egyptian Minister of Tourism, Hisham Zazou, recently noted that tourism needs to play an important role in the economy of the new Egypt. He stated that the government target for this year is 12 million tourists, compared to 10 million last year, rising to 20 million for 2020.

Technology has also played a role in the growth experienced across the African continent. Particular emphasis has been invested in harnessing the great potential that renewable energy has to deliver against the ever-increasing need for electricity. Senegal is a continental leader in this regard. The country has identified two pillars in the energy sector that seek to restructure the economy; Universal Access to Energy and the Electric Sector Recovery Plan. In this context, this strategy’s major options revolve around the integration of new energy sources for cheaper production of electricity; the promotion of renewable energies in order to attain the 20% objective of installed capacity by 2017; energy efficiency; the acceleration of the current rural electrification rate, rising from 30% in 2014 to 60% in 2017; and the provision of alternative cooking fuels. To this end, the construction of new non-sustainable power plants has a mandate to decrease from 91% to 45% by 2017, reducing the strain on installed capacity that currently relies on petroleum products. Should these goals be achieved, and all indicators suggest they will, the country will set a great example for other countries in the region.

As these success stories -- a drop in the ocean -- show, the stereotype of Africa as a backwater are completely erroneous. Countries up and down the continent are growing socially, politically and economically at unprecedented rates, and it is obvious that the continent has so much more to offer than many viewpoints suggest. Gradually, these pre-conceptions are being increasingly challenged by the reality on the ground; earth that spawned humanity and that is increasingly acting as a global barometer for the future. •