A glance at Guyana: the diverse culture of South America’s only English-speaking country

The Worldfolio delves into the fascinating history and cultural heritage of Guyana to find out what makes this Anglo-Caribbean nation stand out from the crowd. 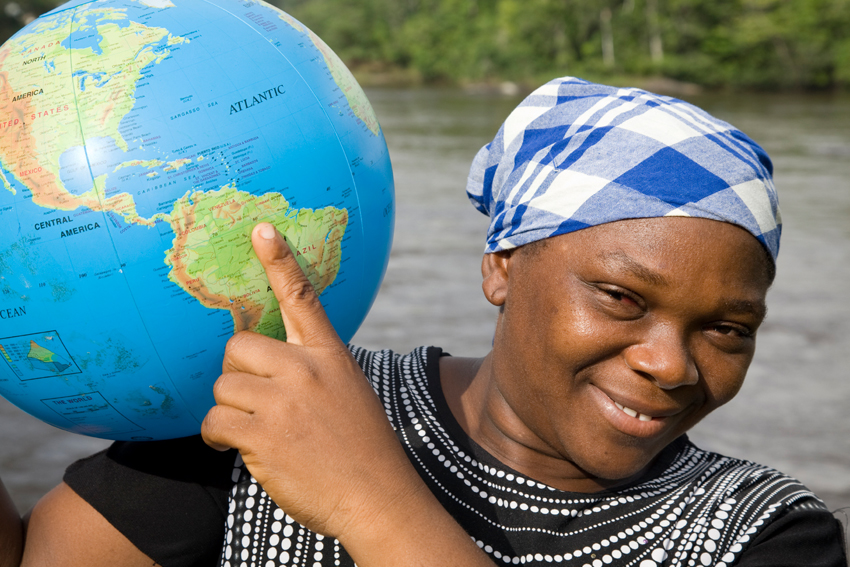 Set like a gem in the crown of South America, Guyana is differentiated for being the only English-speaking nation on the continent. It is no surprise then that its culture has much more in common with the English-speaking Caribbean than that of its largely Latin neighbors.

To understand why this is the case, one must take a look at the country’s fascinating history. Like the majority of the region, modern-day Guyana is built on the legacy of European imperialists. In fact it was the Spanish who first arrived here in 1499 when explorer Alonso de Ojeda sailed up the Essequibo in search of gold, which ultimately proved fruitless.

The Dutch (who were then newly independent from Spain) were the next to arrive in Guyana in 1616, and became the first Europeans to settle in the country, founding a trading post. For more than 170 years the Dutch named the colony Essequibo (after the great river) and used it mainly as a trading base for locally grown tobacco. Business gradually changed from trading tobacco to trading African slaves, until the Berbice slave uprising of 1763.

This is when the British moved in to quash the uprisings from its neighboring colonies (Britain would conquer all Dutch colonies in the Americas, including Guyana), with British control eventually legitimized by the signing of the London Convention of 1814.

Successive governors of the newly named British Guiana complained to London about the lack of able-bodied workers in the colony, so paid workers were imported from British India in their shiploads, resulting in an un-proportionately sized Indian population in Guyana compared to indigenous peoples and Africans.

It is this demographic dynamic, however, which has shaped modern Guyanese culture and national identity ever since – particularly following Indian-Guayanese Cheddi Jagan’s and Afro-Guyanese Forbes Burnham’s long but ultimately successful campaign for independence (finally granted by Britain in 1966).

Today, such is the ethnic diversity of Guyana due to its historical position as a colony and a trading hub that Guyanese culture not only reflects the large influence of its African and Indian descendents, but also British, native Amerindian, French, Dutch, Portuguese, Caribbean, and American cultures. Guyana is also linguistically and religiously diverse. Although the official language is English, Creole, Hindi, Urdu and Amerindian dialects are also spoken, while 50% of people are Christian, 33% Hindu and less than 10% Muslim.

Despite its location on South American mainland, Guyana is considered a veritable Caribbean nation. The culture therefore, particularly in the coastal areas, is quite similar to that of the West Indies.

Guyana’s traditional music is a mix of European, Latin, African, and native influences. Caribbean reggae, soca, chutney, as well as American pop make up the music scene. Popular Guyanese performers include Terry Gajraj, Mark Holder, Eddy Grant, Dave Martin & the Tradewinds, Aubrey Cummings and Nicky Porter. There is also a rich heritage of folk music, dance, and drama in each of the main ethnic groups.

The country’s visual arts scene is today thriving, and local artists have produced notable sculptures and paintings visible throughout Georgetown. These compliment the capital city’s beautiful colonial architecture (many of the buildings in Georgetown and New Amsterdam were built entirely of local varieties of wood.)

Guyanese cuisine is unsurprisingly also extremely diverse, enriched by traditional foods from every ethnic group in the country. Favorite dishes include pepper pot, a stew made with bitter cassava juice, meat, hot pepper and seasoning; roti and curry; garlic pork; cassava bread; chow mein and “cook up”, a typical one-pot meal of various meats. Popular homemade drinks are mauby, made from the bark of a tree; sorrel drink, made from a leafy vegetable used in salads; and ginger beer.