The Power Africa Initiative: Lighting up the darkness

U.S. President Barack Obama’s initiative aims to boost electricity capacity on the continent by 30,000 MW by 2030. 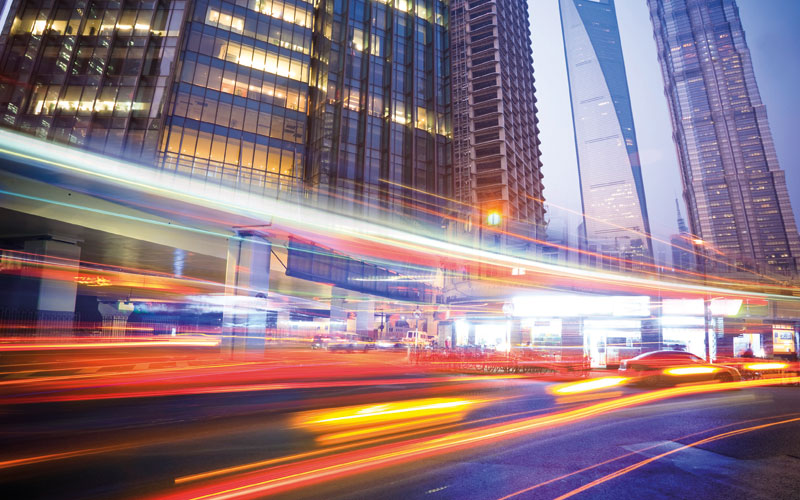 For the pith-helmeted European explorers of centuries past, Africa was always “the dark continent.” That may sound antiquated to us now, but the lingering irony is in that the continent actually is dark for the three out of every four people in sub-Saharan Africa who do not have access to a source of electricity. That works out at over six hundred million people, and outside major cities, it rises to 85 percent.

Most people in modern industrial societies haven’t had to cook their dinner over an indoor fire of smoldering brushwood or resort to sputtering gasoline generators to extract a faint glow from a light bulb. But in Africa, there’s no accounting for the wasted time and human effort that get diverted into vain attempts to make up for the shortfall in affordable, reliable energy for households, public access sites and businesses. In more places than just the dictionary, power is at the heart of empowerment.

“Access to electricity is fundamental to opportunity in this age,” U.S. President Barack Obama said on a visit to Cape Town in June 2013. “It’s the light that children study by; the energy that allows an idea to be transformed into a real business. It’s the lifeline for families to meet their most basic needs.  And it’s the connection that’s needed to plug Africa into the grid of the global economy. You’ve got to have power.”

The president went on to pledge $7 billion for Power Africa, a project that seeks to double the number of African households and businesses with access to electrical energy before the end of 2018.  It is structured as three-way partnership with the U.S. government, the private sector and international lending institutions that have agreed to undertake a series of groundbreaking initiatives in six sub-Saharan countries. At the 2014 African leader’s summit, President Obama topped up the seed money with an additional $300 million and a promise to renew that thereafter on a yearly basis.

Power Africa’s ultimate and most ambitious goal is to provide the African continent with an additional 30,000 MW of capacity by 2030 and make that power available through connections to households and businesses. The more immediate aim is to add 10,000 megawatts of affordable, accessible and environmentally neutral power to the grid between 2013 and 2018 and ensure that some 20 million people in the focus countries have the means to access it.

In three of those countries -- Tanzania, Ethiopia and Kenya -- electricity is currently available to around 20 per cent of the population. In Nigeria, the figure is around 50 percent. Ghana has an infrastructure that covers 72 percent of its inhabitants, but nobody knows how many people in Liberia can flick on a light switch, as that country’s critical infrastructure was all but destroyed during the civil conflict that lasted until 2003, and restoration has been slow and intermittent at best.

So who will be pushing forward this initiative? In addition to the federal agencies that will be mobilising, facilitating and underwriting the resources needed for a project of this scope, and doing the monitoring and evaluation work after its completion, and the international lending institutions that will be moving money around to where it’s needed, almost all the financial and technical heavy lifting is going to be done by the private sector.  Power Africa is all about investment, which means that safeguards and mechanisms for protecting them come as part of the package.

Technical know-how is to be provided by some well-known names in the energy business, with General Electric at the head of the list. Some of the companies will be injecting their own funds into the projects. A substantial number of the smaller technical partners are experienced specialists in green energy and renewables (solar, geothermal, wind and biomass). Many are Africa-based and thus familiar and prepared to deal with on-the-ground conditions specific to the continent.

International banking groups, pension fund managers and private equity firms are also well-represented on the list of Power Africa’s investment partners, as are multilateral institutions like the African Development Bank and the World Bank. In addition to sourcing and directing capital flows, they will be assessing the governments they work with on matters concerning policy and regulatory best practices aimed at attracting new investment to the energy and utility sector.

Everything has its critics and a project of these dimensions and characteristics is certainly no exception. Some analysts have taken wary note of the fact that a number of the companies set to be signing investment deals are on close terms with the current U.S. administration. Others have charged that sustainable energy solutions appropriate to Africa’s geography and population distribution patterns are taking a back seat to more conventional approaches that involve burning fossil fuels -- coal, in this case -- or extending the reach of pre-existing grids rather than implementing small-scale, interlocking mini-networks.

To address the latter issue, the U.S. government launched its Beyond the Grid sub-initiative, promoting off-grid and small-scale energy solutions and partnering with at least 27 investors that have committed more than $1 billion to this sector over the next five years. “It is clear that centralized grid access is not a comprehensive solution for these countries in one of the world’s least urban continents,” says U.S. Energy Secretary Ernest Moniz. “But through solutions including off-grid and small scale energy projects, we can bring electricity to these rural areas.”

Another debating point arises from the fact that there is just not going to be enough capacity to go around for everyone. What happens when one household gets hooked up to the power supply and a near neighbor doesn’t? Who decides the priorities, and how is that neighbor going to respond when you tell him sorry, no, for him but not for you?

A little over a year after the president launched the initiative, early results are coming in, and seem to indicate that goals are not only being met, they are being met well ahead of schedule. Private capital flows and commitments have already more than tripled the U.S. administration’s up-front stake, which now tops $20 billion. Deals for infrastructure projects that will deliver 2,800 MW of the 10,000 MW target capacity have been signed and sealed.  Projects that will add another 5,000 MW to the power asset pool are emerging from the pipeline to be finalized for approval. In August this year, the Swedish government came on board, offering to channel $1 billion in investment to support upgrades to transmission infrastructure.

Most importantly of all, the private sector/private capital model has been put to its first tests, and passed them with flying colors. A deal was closed with the government of Ethiopia for the 1,000 MW Corbetti geothermal project, the country’s first privately-owned generation facility. With an assist from Power Africa, expert legal advice was made available to the Ethiopian authorities as they negotiated a power purchasing agreement with Reykjavik Geothermal, the U.S.-Icelandic company developing the project. As a result, they were able to raise the project’s capacity from 2300 to 1,000 MV and take a large step closer to the dream of long-term, sustainable energy security.

On a far smaller scale, Power Africa’s Beyond the Grid specialists brokered and supervised a 10 MW biomass project in Kenya with the Cummins Power Generation group that uses mesquite wood as feedstock for its generator. The plant has become a source of both energy and income for local residents who now can sell the wood for fuel at four times the price they currently get for charcoal. A solution from which an entire community benefits can hardly be described as “small-scale,” with its connotations of insignificance. It is, rather, a shining example of the kind of achievements that the results-driven Power Africa can point to a little more than a year since its inception.