States react to unprecedented reforms to reshape the nation 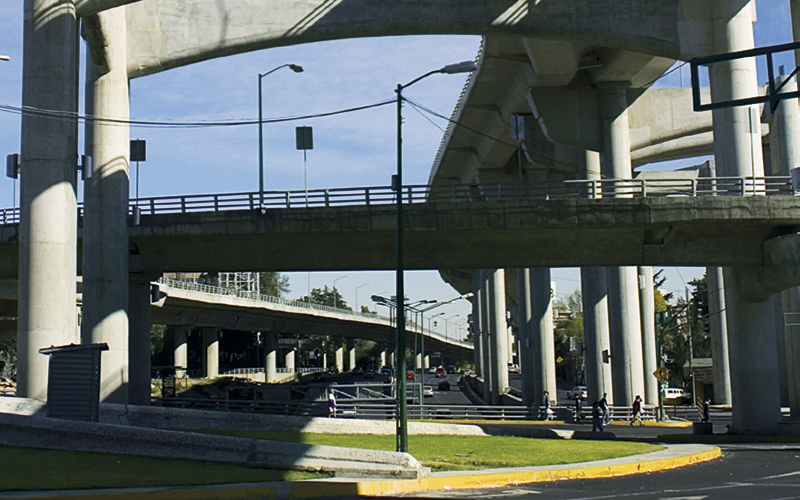 In Mexico, change and reform may entail political risk, though no one doubts that the rewards can be considerable. But even the worthiest initiative may come up short when its implementation becomes a top-down process orchestrated from the Mexican capital. To minimize that risk, President Enrique Peña Nieto took care to line up the support of local officials and state governors for his bid to turn around Mexico’s reputation as the land of unrealized possibilities.

Under the Pact for Mexico, an unprecedented cooperation accord between the country’s three mainstream political parties, congress passed legislation that shook up the education, telecom, financial and labor sectors, among others. Five of those measures required amendments to the constitution. Economists at the ProMéxico import-export promotion board say that once they are fully up and running, they could attract foreign direct investment on the order of $40 billion per year.

“The most important economic change in the past 50 years,” is how the President described the decision to open up the country’s rigid energy sector to private capital, and it may be an understatement at that.

However, the reform dynamic did not stop there. Even a relatively resource-rich, export-savvy, geographically advantaged state like northern Chihuahua has a to-do list, with education at the very top of it. “We’re trying to achieve tangible results through education, infrastructure, and the reforms promoted by the president, improving the level and quality of people’s lives,” says Chihuahua’s Governor, César Duarte Jáquez. “The education reform is an essential tool for us. In fact, we had prepared to comply with the reforms by investing in new generations of trained professionals.”

Mexico spends more money on educating its children than any country in the world with the exception of New Zealand, but results were less than satisfactory. National standards for evaluating students and teachers have now taken effect, and merit rather than seniority becomes the determinant in hiring, promotion and tenure decisions. At the same time, students going the university route will have their right to enrollment guaranteed and a scholarship available when required, in keeping with their constitutionally enshrined right to a quality education.

Running in a dead heat with Chihuahua for the title of 2013’s economic growth champion is Aguascalientes, an inland state small in size, thin in population, and low on natural resources, yet it still gets the best credit rating of any Mexican state, to say nothing of praise for its living standards.

“Forbes magazine calls Aguascalientes the Jewel of Mexico,” says Governor Carlos Lozano de la Torre. “The Financial Times ranks us one of the five best states to invest in Latin America and among the top 10 in the world.”

Mr. Lozano de la Torre is very upbeat about the reforms package, saying they are going to benefit all the states and all Mexicans. “Mexico is transforming itself in ways that other countries are incapable of doing. This is going to bring about higher economic growth and promote greater national wellbeing, as well as attract foreign investment,” he states.

Although Aguascalientes can proudly say there hasn’t been a strike in the state for the last 46 years, elsewhere in Mexico, the power wielded by trade unions has long been a divisive issue. President Peña Nieto moved to curb their veto power and modified regulatory rigidities that, by making it prohibitively expensive to dismiss or lay off workers, had acted as a brake on hiring them.

Labor laws that might have made sense in a 19th-century industrial society proved of little use in a country where 95% of the people work in a family-owned or other type of micro-enterprise with fewer than 10 employees. But the presidential reforms will allow them to enjoy basic benefits such as unemployment coverage for up to six months and a pension for retirees.

Other measures address the issue of off-the-books employment, a huge problem affecting anywhere from 30% to 60% of the workforce that deprives the government of revenues and workers of the protection they are entitled to. Incentives for employers to hire more women and first-time entrants to the labor market were also adopted at the President’s insistence.

In Chiapas, in Mexico’s deep south, the reforms have received a warm welcome, particularly the one laying down strict rules for the tender and execution of public works contracts, ensuring that both the work and the government’s payment for same will be delivered at the stipulated time.

The other area being closely monitored in Chiapas is transport and telecommunications infrastructure, which is off to a flying start locally with the construction of the new airport at Palenque that accommodates visitors to the breathtaking ruins of the Mayan city of that name.

“Our priority now is to boost development in the north of the state with a highway from San Cristóbal to Palenque,” says Chiapas’ Governor Manuel Velasco Coello, who has a lengthy wish list of modern highway and rail links.

Much as the people of Chiapas value the high-altitude pine groves, coastal lagoons and tropical rain forests that make their state “the green lung of Mexico” they still need a reliable telecommunications network to hold everything together. That was what the President promised them when he made one of his frequent visits to the state last September.

“We can’t just sit back and do nothing, so that’s why we are pushing for telecommunications reform,” the President pledged. “It will permit the most remote and distant parts of the country to have Internet access, not just in the big cities, but everywhere, to stay connected with the rest of the country.”

Access apart, the reform also opens up the former monopoly telecom sector to competition and modifies the pricing framework for the services these companies provide, eliminating domestic and foreign roaming charges and establishing a flat per-second tariff for cell phone calls.

An exceptionally young governor himself, Mr. Velasco Coello stresses the importance of “generational renovation”, and notes that 48-year-old President Peña Nieto “symbolizes this generational change, and he demonstrates it by having made very brave decisions. Through commitment and leadership he has achieved the necessary consensus to go forward with the reforms package in just one year.”

For his part, Rubén Moreira Valdez, Governor of Coahuila, the logistical clearing center and manufacturing base for exports to the U.S. and Canada, welcomes the reforms as “the necessary step to compete with the world.”

While every single one of the reforms is intended to enhance the economy and wellbeing of the people in the medium to long-term, it is perhaps the Energy Reform that has sent the biggest shockwaves through the world, and many state governors are watching closely, and acting accordingly.

“The greatest challenge for Coahuila is to make the best of the Energy Reform in two ways,” says Mr. Moreira Valdez. “To become an oil producer, which for the time being we are not, and to take advantage of the less expensive and more competitive production of energy.”

Coahuila is also in a good position to harvest solar and wind energy, and with its installations “out in the desert”, there is little in the way of conflict and infrastructure is easier to build.

The Energy Reform is also being tracked closely in Veracruz, the Gulf rim state that is home to 80% of Mexico’s booming petrochemical industry, its largest gas reserves and its second-largest petroleum reserves.

“Ultimately, the Energy Reform means employment, development, welfare, improvement in the people’s quality of life,” highlights Veracruz Governor Javier Duarte de Ochoa. “In fact, even before the changes were implemented, private investment had already begun to arrive. In Coatzacoalcos, a Mexican group – alongside an American one – already invested $4.5 billion and created 14,000 jobs.”

Just inland from the Gulf, the resource-rich state of Nuevo León is Mexico’s top FDI earner, and there seems to be no slowing down. Governor Rodrigo Medina de la Cruz proudly states that his was the first state to publish a plan for the energy sector.

“We know that our opportunities lie in exploitation itself due to our presence in the Burgos basin and we are aware of all the services that will be needed as a result of the exploitation of energy resources. We want it to turn into the Houston of Mexico,” says Mr. Medina de la Cruz.

Nuevo León, he adds, also boasts highly skilled human capital. “We have the most prestigious research universities in the country and a high level of technical education; our lowest level activity here is advanced manufacturing. We are also growing in research and science, and at the same time, our strategic location is also a help."