Natural and cultural tourism at the root of Veracruz’s future

The passion for music and culture in Veracruz is surrounded by unspoiled tropical, coastal and mountainous regions, World Heritage sites and magical villages that make “the most Latin American state in the country” a must-see destination and a sure bet for tourism. 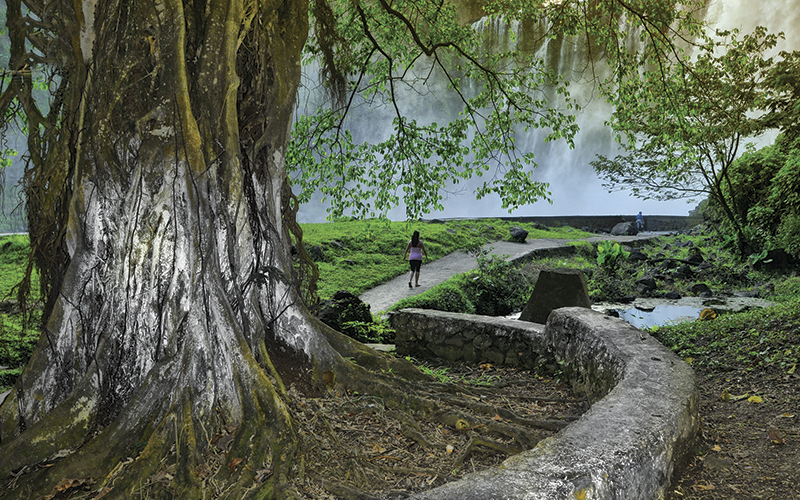 ECO-TOURISM IS A SIGNIFICANT COMPONENT OF THE TOURISM INDUSTRY IN VERACRUZ, WITH ITS WEALTH OF NATURAL ATTRACTIONS AND VARIETY OF FLORA AND FAUNA PROVING MAJOR DRAWS
SHARE

Surely you have danced at least once in your life to La Bamba and there is even a chance you know those lyrics: “Para bailar La Bamba / Se necesita un poco de gracia / Para mi, para ti / ay arriba ay arriba...” Adapted by Mexican-American singer Ritchie Valens in 1958, it became a hit in the U.S. charts and is now considered as one of the founding songs of rock ‘n’ roll.

What you may not know is La Bamba is a folk song that originated from the state of Veracruz, known by connoisseurs for the musical talent of its people. Here, everybody dances and sings, it seems. And on a steamy night in the zócalo (central square) of the port city of Veracruz, there is a chance you will succumb to a danzón (a dance) as many locals do. There is an air of New Orleans in this city, but with a Latin beat.

Herein lies the charm of Veracruz, the main city (although not the capital) of the eponymous state situated in the central part of the country, narrowly spread along the coast of the Gulf of Mexico: it is authentically Mexican, in the modern sense of the term. It is in Veracruz that the pre-Columbian roots of the nation and its Spanish heritage are best fused and enhanced.

Founded in 1519, the city of Veracruz is the oldest European settlement in Mexico, the place where Hernán Cortés disembarked and which he claimed as property of the King of Spain. It is also where, three centuries later, the last Viceroy of New Spain signed the Treaty of Independence of its colony, in 1821.

“Veracruz is the most Latin American state in the country,” says Governor Javier Duarte de Ochoa. “We are the front door. Here is the crucible in which Mexican culture is based. Here, an independent Mexico was born, and here the Spanish crown had its last stronghold.”

Now a sprawling port city, one of the most important of the country, Veracruz City is a modern urban bric-a-brac that lacks the colonial charm and paradisiac beaches of other places in Mexico. It is precisely because this city has long been overlooked by tourists that you should make it a stopover.

Unless, of course, business has brought you here, since there are many foreign companies operating in the region – the vast oil reserves of Mexico are situated in the gulf nearby.

Share real life with Veracruzans and take the time to visit the aquarium, the largest in Latin America, and the naval museum.

If possible, the best time to visit is around the carnival, which will be held from 10 to 18 February 2015 and is expected to attract 1 million visitors. As any carnival should be, especially in such a Latin American musical hotspot, it promises to be lively, noisy, and a bit on the loco side too.

Home to 7 million inhabitants, Veracruz State has much to offer visitors, including the World Heritage colonial town of Tlacotalpan, where nothing much has changed since the early 19th century. Also, the three pueblos mágicos (magical villages) – selected as such by the Mexico Tourism Board for their particular charm: Coatepec, another colonial town in the coffee-producing region; Papantla, near the archeological sites of El Tajín and Cuyuxquihui; and Xico, founded by the Spaniards in the 16th century.

The administrative capital of Veracruz, Xalapa (pronounced “halapa”) gave its name to the jalapeños, the hot green peppers that come from this region. Xalapa is an oasis of peace and balmy climate that contrasts with the hot and humid coastal area. Its jewel is the Museum of Anthropology. Opened in 1986, it is the second largest museum of its kind in Mexico (after the more famous one in Mexico City), containing some 27,000 artefacts, mostly from three of the state’s most important cultures: the Olmecs, the Totonacs, and the Huastecs.

Eco-tourism is one of the strong points of the state, and where better to enjoy it than in the Biosphere Reserve of Los Tuxtlas, about 105 miles south of Veracruz City. With an area of approximately 600 square miles, it is a perfect place for nature tourism and bird watching. Nearly 60% of all of Mexico’s birds live in Los Tuxtlas. With a bit of luck and armed with a good pair of binoculars or a telephoto lens, you will be able to see (and virtually “touch”) parrots, eagles, larks, and toucans.