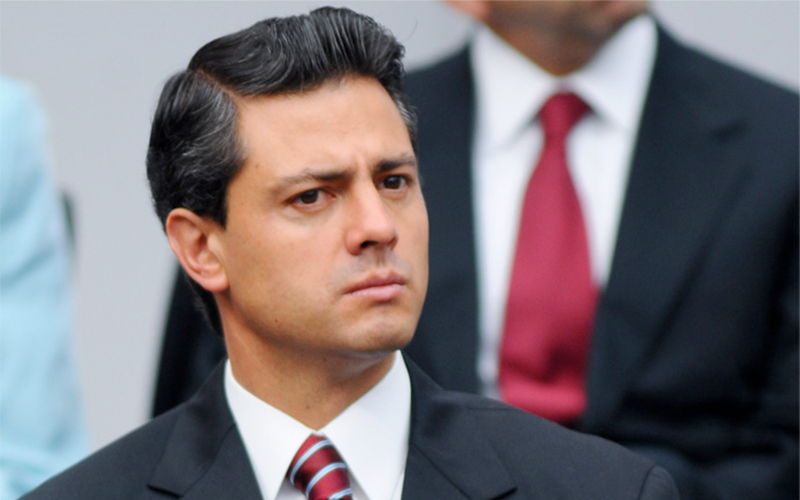 In less than two years, Mexico has succeeded in unifying its government around a set of far-reaching reforms that are boosting its economy and spurring activity across North America, particularly in the United States.

While still in various stages of implementation, the benefits of these deep structural reforms have already begun to show up.

Mexico’s GDP growth is forecast to more than double this year, compared to last year, when it fell to 1.1%. The country is on track to hit the government’s target of 2.7% for 2014, and its GDP goal of 3.7% for 2015 chimes with observations from the International Monetary Fund (IMF) that Mexico is on its way to a steady clip of nearly 4% annual growth from 2016-2019.

During this time, Mexican GDP expansion will be roughly double the rate in Canada and will surpass growth in the U.S. by more than one percentage point, with this gap widening in the medium term. However, these forecasts fail to take into account the full impact of last year’s array of reforms. If the strategy is carried out as planned, Mexico could achieve a 6% growth rate in the years to come, with an increasingly competitive set of industries that could propel Mexico past China as the world’s largest exporter to the United States by 2018, according to The Economist.

“We need higher economic development,” President Enrique Peña Nieto declares. “The greatest challenge in the area of economics and social development is that we have reached a higher rate that has been recorded in the last 30 years, an average rate of 2.6%. And yes, it is positive, these are positive figures, but it’s quite evident that we need to increase this rate more, to have more social development and a better standard of living for Mexicans. Therefore, we needed the reforms. Right now, we are seeing signs of a better economy, more growth.”

To what does Mexico owe this bright outlook? The answers, experts argue, come in the form of the newly unified government agenda that has removed barriers to progress and created increased freedom of investment in a variety of key sectors.

It is difficult to overstate the historic nature of the changes in a country where many powerful institutions have resisted modernization for the better part of a century. The changes include the opening up of Mexico’s state-owned oil and gas sector to private investment, a major overhaul of the country’s educational system, and new laws restricting the reach of powerful monopolies that have traditionally dominated the telecommunications sector, among other important measures that include a streamlining of the tax system and electoral governance.

“The statistical figures about how our industry will grow, how jobs will grow, and our exports will grow are quite optimistic,” President Peña Nieto acknowledges. “We’re going to reach that goal; the forecast for next year is 3.7%, based on all of the groundwork prepared for that to happen, and the reforms will boost our economy. It is clear that the implementation of the reforms will not happen overnight, and the effect of each of one the reforms will not happen overnight. Most of the benefits of these reforms, yes, are evident. People are starting to see the results. But it will take some time to see the full impact of the reforms. And eventually, we’ll see it reflected in how our economy will grow. We’re seeing it. Next year we will see the signs, and in the upcoming years, we’re expecting to have more expedited economic growth. And this is the same forecast that we see by financial analysts that know the Mexican economy.”

One of the key mechanisms available to governments to encourage economic growth and inspire confidence and optimism among investors and society is public spending on infrastructure investment. Mexico’s infrastructure ambitions rank among the biggest on the continent and it has already completed numerous outstanding civil engineering feats, such as the $2.2 billion Durango-Mazatlán Highway, designed to enable safe, speedy transit of commerce across the Sierra Madre and Mexico’s northern states. The 140-mile mountain road crossing entailed constructing 61 tunnels and 115 bridges, including the magnificent Baluarte Bridge. It was the final piece in completing the 715-mile Mexican Federal Highway 40, which connects Mazatlán on the Pacific Ocean with Matamoros on the Gulf of Mexico and carves out a superhighway offering a 12-hour coast-to-coast drive.

In April, the government presented its $596 billion National Infrastructure Program 2014-2018 that targets six specific sectors: Communications and transport, energy, water, health, urban development and housing, and tourism. Compared to past infrastructure plans, it pays special attention to boosting the comparatively underdeveloped South-Southeast region, as well as enhancing the North and Central regions, and the government is particularly keen for the private sector to become actively involved.

Taken together, these developments and the emerging impact of the government’s far-reaching reforms in 11 key sectors – including the historic Energy Reform – have created unprecedented optimism for Mexico’s future, with international institutions like the World Bank and the IMF applauding the country’s direction and major investors lining up to take part in its resurgence.

IMF Managing Director Christine Lagarde recently declared Mexico “the only emerging market country that has passed such number of sweeping reforms, in such a short time, and with such broad political support.”
Since Mr. Peña Nieto took office in late 2012, he has sought to forge closer links within Latin America and bolster ties with nations further afield. In November, the President announced that China and Mexico are to set up a $2.4 billion investment fund to support infrastructure, mining, and energy projects, and that the two countries are eyeing an oil deal worth up to $5 billion.

Mexico’s renewable energy sector attracted $11 billion in FDI between 2003-13, with wind power leading the pack. The investment came mainly from Spain, Germany and the U.S. and interest is far from on the wane.

Trade and investment agency ProMéxico announced in September 80 renewable energy projects worth $8.5 billion will take off over the next two years, with 80% connected to wind power generation, 15% to solar and 5% dealing with biomass or hydroelectric projects.

Ignacio Galán, Chairman and Chief Executive of Spain’s Iberdrola, the largest private generator in Mexico, recently told the Financial Times: “Mexico is going to be one of our main investment destinations in the next few years, with up to $5 billion through to 2018 in new combined-cycle gas turbine plants and wind farms. As a result, we will be producing more energy in Mexico than in any other country where we have operations.” Good news, as cheaper electricity will be vital to powering the country’s plans to boost its industrial competitiveness and attracting further foreign interest.

U.S. Secretary of State John Kerry has underscored the special ties that the United States and Mexico share. “There are really few countries with whom the United States enjoys as dynamic and as close a relationship as the one that we enjoy with Mexico,” he said. “Our interests are obviously intertwined in many ways. We are neighbors, but we also have a common set of objectives, a common set of goals and aspirations. And because of our histories, our people are connected as closely as any two peoples on Earth.”