The liberalization of Mexico’s energy industry is reducing the dominance of the state-owned giant Pemex, heralding a seismic shift in the sector and a spurring a new lease on life for the oil company’s operations. 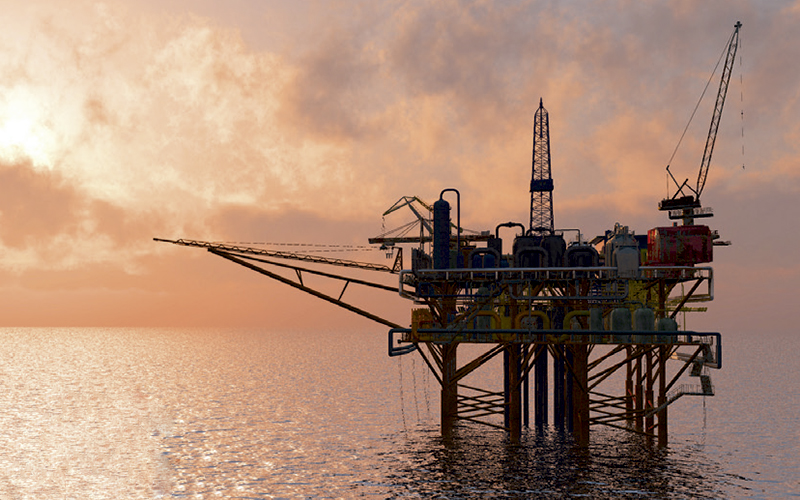 Sweeping reforms now under way represent a historic overhaul of Mexico’s energy sector and will play out over the next 10 to 15 years. “The Energy Reform opens a great opportunity for Mexico, and we need to seize it with full and rapid implementation,” President Enrique Peña Nieto said when the reforms were signed into law in August. “I’ve told the government to accelerate all of the measures necessary to put this reform into action for the good of Mexico.”

The country’s energy industry has long needed such a makeover. Mexico is the world’s sixth largest producer of hydrocarbons with reserves of crude oil estimated at 10 billion barrels and 17 trillion cubic feet of natural gas. Yet its state-owned and operated petroleum company, Petróleos Mexicanos (Pemex), which has controlled the sector for more than seven decades, has been stalled in exploiting the country’s underground riches with falling production, antiquated equipment and hidebound labor practices keeping Mexico from realizing its true energy potential.

“We were the country with the greatest energy riches on the whole continent, except for the United States and nonetheless we didn’t make the best of it,” explains Marco Antonio Bernal, the President of the Energy Commission of the Lower House of Deputies. “Our reserves were dropping, we didn’t produce enough, we hadn’t worked on our infrastructure in ages and we squandered almost all our resources in running costs,” he adds.

Under the laws establishing this new regimen, private and foreign investors are being invited in to help relaunch the Mexican oil industry into the modern age and expectations are high that Pemex, and society, will benefit.

“These reforms started by President Peña Nieto represent the most profound transformation of the Mexican economy in many years and are the result of a broad national consensus that has attracted international attention for their impact and for the growth they will generate for years and decades to come,” states Mexican Secretary of Energy Pedro Joaquín Coldwell.

The government has allotted 83% of the country’s potential reserves to Pemex, which it can develop on its own or in partnership with multinationals.

“Pemex faces the biggest challenge in its history, to compete all along the value chain,” says the company’s CEO, Emilio Lozoya Austin, who notes that the changes “will allow Pemex to compete with other companies for the first time in an open market.”

As well as dragging Pemex into the modern world to make it more competitive, the reforms have a number of aims, which include attracting foreign technology to the country’s vital petroleum sector, and boosting production – and therefore earnings – from Mexico’s prime national resource.

“Under this framework and with everything that has been happening in Mexico – macroeconomic stability and healthy finances combined with a competitive industrial organization in leading sectors – the country will be able to make the most of all it has,” says Francisco Salazar, the President of Mexico’s Energy Regulatory Commission.

“It also means Pemex and the entire sector will have to learn to become more competitive because the business model and the market organization we had before the reform was a closed one which didn’t allow competition,” he adds.

Shaking up the ailing Pemex, from how it does business to how it operates its fields, could not come at a better time. This summer, the company announced that it had to lower its crude oil production forecast for this year to 2.35 million barrels per day, the lowest annual output in decades.

Plus, according to its most recent financial data report, Pemex posted a $4.4 billion loss for the third quarter, almost double the figure for the same June-September period in 2013, blamed largely on falling production and a drop in exports.

Pemex’s crude oil output hit a record 3.4 million barrels per day in 2004 and government officials and industry experts argue that the new day dawning for the company will help reverse its decline in both production and general operations. But it won’t happen overnight.

“We’re going to give Pemex a certain amount of time to prepare itself,” comments Mr. Bernal. “Pemex has to be more flexible in its decision making and now it will compete with others as an equal and participate in bids. We think it has the capacity and the structure to be a very competitive company.”

In addition to increasing its role, alone or with partners in upstream exploration and production, Pemex also has ambitious downstream plans, specifically in refining so Mexico can become closer to full self-sufficiency in gasoline supplies.

“Our low refining capacity means that we have to import almost 50% of our national gasoline consumption and the reform will open up investment for refining,” notes Mr. Coldwell.
Pemex has earmarked $2.8 billion to upgrade five refineries to produce cleaner gasoline and diesel, and will spend $2.5 billion to expand the country’s largest natural gas pipeline, which will one day feed gas from the

United States across the border and south to central Mexico.

All ambitious plans, and the historic company certainly looks to have its work cut out.