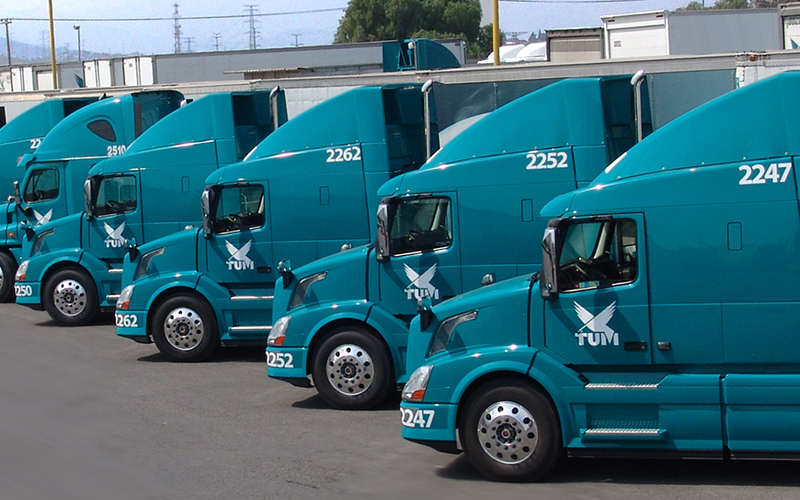 Is Mexico’s freight hauling sector going through the best of times or the worst of times? The answer is “yes” – to both questions. Recently having celebrated its 20th anniversary, NAFTA is generating a steadily increasing flow of goods moving at a rate of $1m-$2m worth per minute. Mexico’s GDP is robust, as are its industrial output and demand from the growing middle class. That is why efficient, punctual transport for moving factory output to wherever it is needed is of critical importance.

The bad news is that the government has introduced changes in the tax regime that draw blood from just about everyone in the freight hauling sector, but especially the small-time owner-operator. The write-off allowed for vehicle depreciation is only 8%, while truckers say its costs them at least 20% of revenues to meet safety regulations and compensate for ordinary road wear. Small wonder, then, that one in three small-time operators has gone out of business.

One firm with the resources and the determination to stay the course is TUM, Transportes Unidos Mexicanos, the country’s largest road cargo transport operator. TUM has nearly 1,800 employees and operates a fleet consisting of almost the same number of vehicles, many of which are privately owned and leased to them by the driver, along with his services.

“It is a type of arrangement we would like to develop further,” says TUM’s Vice-President for Operations, Miguel Quintanilla Hernández, “and the invitation is open to all professionals. Truckers and their vehicles are given regular check-ups. They benefit from being able to access our infrastructure, keep operating expenses low, and not have to deal with bookkeeping and collection issues.”

As a result of this enhanced capability, TUM is in a position to supply its distinguished list of corporate clients with everything from armored cars, refrigerated haulers, extra-length semis (over 200 of them), tanker trucks, light vans for door-to-door parcel delivery, container platforms, and just about any other type of wheeled vehicle used to move cargo from one place to another.

The range and versatility of its offer has impressed TUM customers such as Nissan, Honda, Nestlé, Ford, Costco, and most recently FedEx, following a deal signed earlier this year to serve as the U.S. transport firm’s partner in Mexico.

“FedEx is an important customer,” agrees Miguel Quintanilla Rebollar, Chairman of TUM’s board of directors and father of the Vice-President. “Nowadays, we are operating their entire base network at the national level. And apart from that, owing to Mexican laws and the investment they made, we are in a very favorable position to compete in tenders for service contracts.”

At the present time, TUM does not operate in the United States, however it will take a customer’s shipment right up to the border, or across it, if preferred, to the nearest customs facility. But no further. At that point, one of the 25 U.S. or Canadian firms TUM has partnered with will take over and see that the cargo reaches its stateside destination.

Asked why that is the way it is done, Mr. Quintana Hernández merely says “ground transport between Mexico and the United States is anything but free, and I don’t think that’s going change any time soon.”

“Therefore,” he continues, “we decided to contract with U.S. companies to transport our shipments on the other side of the border. We prefer to concentrate on consolidating our position in the domestic market and that is going to take a lot of work.”

From the 18 freight terminals and cross docks located from one end of the country to another, road-tested vehicles from the TUM fleet make some 1,300 pickups or deliveries per month. State-of-the-art technology allows every last one of them to be tracked by a satellite positioning system, and maintains constant communication between controllers and drivers.

“We have a network and systems capability that sets us apart from any other Mexican company and gives us access to the information that an outfit like FedEx insists that you have at your fingertips. We get a real-
time street view from every cab,” says Mr Quintanilla Hernández. “But the important thing is that we also have the people who are ready, willing and able to make sure the cargo gets to where it’s going, at the right time and with the right guarantees.”