Set for completion by 2020, the new Doha port will propel the shipping sector forward, double GDP, and consolidate the country’s emergence as the world’s largest producer of liquefied natural gas 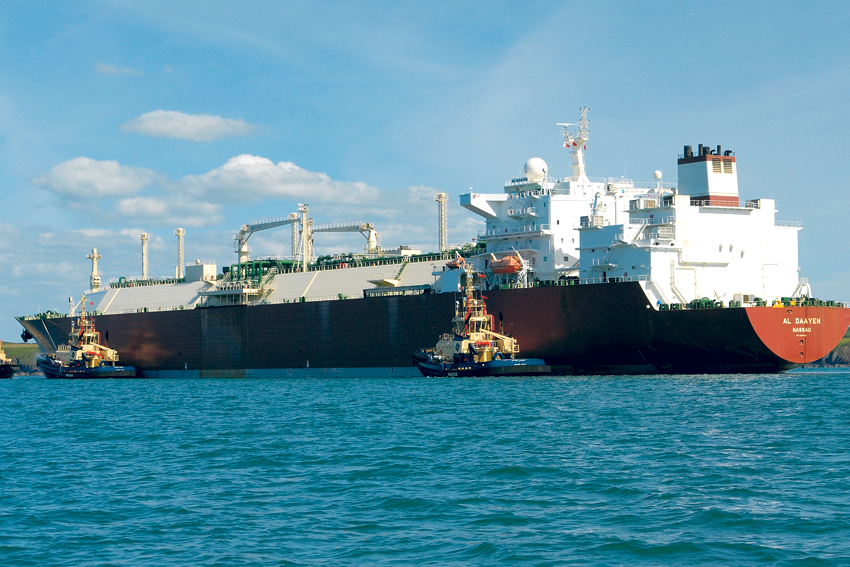 Strategically located at the centre of the thriving Gulf Cooperation Council (GCC) countries, Qatar’s maritime shipping industry has undergone tremendous transformational changes and has begun to take off. Back in 2010, the government launched an ambitious six-stage plan to develop a completely new and modern port on the coast near the capital of Doha.

With a combined population of over 47 million and annual economic output topping $1.6 trillion (£1 trillion), the six GCC countries Bahrain, Kuwait, Oman, Qatar, Saudi Arabia and the United Arab Emirates, comprise a powerful block of open and integrated economies at a vital crossroads of the global economy, between Asia, Europe, Africa and the Americas. In terms of global trade, in particular maritime shipping, the Middle East offers lucrative opportunities for companies that are able to take advantage of the region’s emergence as a global logistics hub. In 2014, Qatar, UAE, Oman, Jordan, Saudi Arabia and Kuwait ranked highest out of 45 emerging markets countries in the key category of “market compatibility,” highlighted by an ease of doing business.

As the region has emerged as an increasingly vital point in global shipping and trade, Doha has set itself apart from other logistical hubs such as Dubai by investing heavily in efficient modern infrastructure. Qatar’s maritime ports are undergoing significant expansion. National project spending is expected to top $100 billion across infrastructure, real estate and other energy and non-energy sectors over the next decade, according to research from the Investment Bank of Qatar.

The new port project alone accounts for $7.5 billion of that spending. Originally targeted for completion in 2030, organisers have sped up the timeline and provided the resources to cut 10 years off of the construction timeline, completing all six phases of the project within the next five years.

“By 2016 a state-of-the-art world class port will be completed,” says Sheikh Ali bin Jassim al Thani, Chairman of Milaha Qatar Navigation, one of the region’s largest maritime and shipping logistics companies. “Qatar is offering what other GCC nations cannot provide simply because they lack the resources to do so. The new port will provide clients with readily available gas and electricity, customisable warehouses and distribution centres, multi-purpose warehouses, third party logistics (3PL), a modern and high-tech data centre, an enormous container yard, and a transport service shop. Furthermore, they will also have refrigeration services, chilled services and dry areas for those products needing to avoid humidity.”

With the initial phase completed in 2016, the New Port will comprise three terminals with an eventual combined annual capacity in excess of six million containers. The project will not only cater to the expected growth in container traffic, but also accommodate general cargo traffic, vehicle imports, livestock imports, bulk grain imports, offshore support vessels, coast guard vessels, and a marine support unit. Follow-up projects include high-value and sophisticated manufacturing facilities for the fabrication and maintenance of offshore and land-based petrochemical structures, as well as for the construction, repair and maintenance of high-value small, medium and large ships. The port plan envisages a hub for repair, conversion and construction of all types of crafts, including tugs and work boats, military vessels and high-value small ships such as yachts, up to the largest vessels in the world.

All of this comes in addition to the state-of-the-art shipyard that has already been built by Nakilat – Qatar’s state owned shipping company which operates and manages vessels as well as provides shipping and marine-related services. The Erhama Bin Jaber Al Jalahma Shipyard in the Port of Ras Laffan was inaugurated in 2010, marking a milestone not just for Nakilat, but for the whole maritime industry in the country.

“Qatar is offering what other GCC nations cannot provide simply because they lack the resources to do so. The new port will provide clients with readily available gas and electricity, customisable warehouses and distribution centres, multi-purpose warehouses, third party logistics (3PL), a modern and high-tech data centre, an enormous container yard, and a transport service shop.”

“It is a $2.8 billion state-of-the-art facility for ship building and repair, and the international community has given it a strong appraisal in terms of innovation and quality,” explains Nakilat’s managing director, Abdullah Al Sulaiti. “Now we have the capability in Qatar to build a wide range of vessels, either industrial or commercial, and when I say ‘commercial’ I mean high end luxury yachts. In fact, we are currently constructing two 72 metre luxury yachts; the first one will be delivered at the end of next year. It is a big moment for Qatar’s very young ship building industry and to see such capability available in the country in such a short period of time makes me very proud of what is being achieved.”

With the world-class shipyard already operational at the Port of Ras Laffan combined with the planned developments in Doha, Mr Al Thani says that when all projects are completed, other regional shipping and logistics players won’t be able to contend with Qatar.

“Dubai, for instance, will not be able to compete with this level of service in providing such a facility. Qatar is rising up that marine shipping pipeline. We will continue to be a strong player and in the long term we will surpass them [regional competitors].” The Doha port project comes at a time of heavy investment and a major push for progress in Qatar. “In the next five years, it is estimated that Qatar could spend over $200 billion on infrastructure projects alone,” says Mr Al Thani. “The billions of dollars that are to be invested will in fact benefit Milaha’s overall operations. From Saudi to Oman to the UAE we will have a faster movement of goods for our clients. For instance, it takes two weeks to ship a product from Doha to Jeddah however with rail that will only take 24 hours. That is quite substantial and we will be able to move much more product in a lot less time.”

Mr Al Sulaiti agrees that the wider infrastructure investment, such as Hamad International Airport and the new rail and metro projects will also significantly strengthen Nakilat’s position as a shipping company and contribute to the overall goal of making Qatar a regional logistics hub.

Not only that, investment projects are also forecast to have a significant impact on Qatar’s bottom line. “Our GDP is expected to double by 2025,” Mr Al Thani explains. “Additionally, many British German and French companies are operating in Qatar because of our policies towards taxation and they are looking to avoid paying the large taxes imposed by their governments. They come to Qatar to enjoy this preferred business environment. In the future I do believe there will be pressure from their governments to minimise this but in the meantime Qatar will continue to be a haven for many investors around the world.”

Hoping to attract yet further foreign investment, the government has planned a special economic zone adjacent to the new port in Doha. The Qatar Economic Zone 3 (QEZ3), will be a self-contained development with industrial and residential facilities and forming a critical link in the country’s strategic economic objectives. The QEZ3 will also serve as a shipping and trade gateway into Qatar and provide an economic hub around the Port for manufacturing, logistics and trade across a number of industrial sectors, creating import as well as export synergy.

What’s more, the Doha port project dovetails with Qatar’s emergence as the world’s largest producer of liquefied natural gas (LNG). In less than 20 years, Qatar has transformed itself into the world’s leading supplier of LNG, supplying about a third of all global trade, while Nakilat has become the world’s largest LNG shipping company.

With the world’s largest fleet of LNG container ships, and the world’s most advanced LNG facilities, with the ability to produce and process larger quantities of gas than any competitors, Qatar enjoys a massive competitive advantage in the sector. IHS estimates that it costs about $2 per million British thermal units, a standard natural gas measure, to produce and liquefy gas in Qatar. That compares with $8 to $12 for planned projects in the United States, East Africa and Australia. The low cost structure allows Qatar to be more nimble and make money even in the current weak environment, when prices are low, according to a report last year in The New York Times. Qatargas and RasGas, Qatar’s two LNG exporting companies, have 14 advanced facilities in the country.

“Qatar realised that we have the technology and that it isn’t as sophisticated as it originally seemed,” explains Mr Al Thani. “We are one of the founders of Nakilat with a 30% stake in the company originally. Now they are one of the biggest LNG companies in the world and we are behind it as well as Qatar Petroleum.”