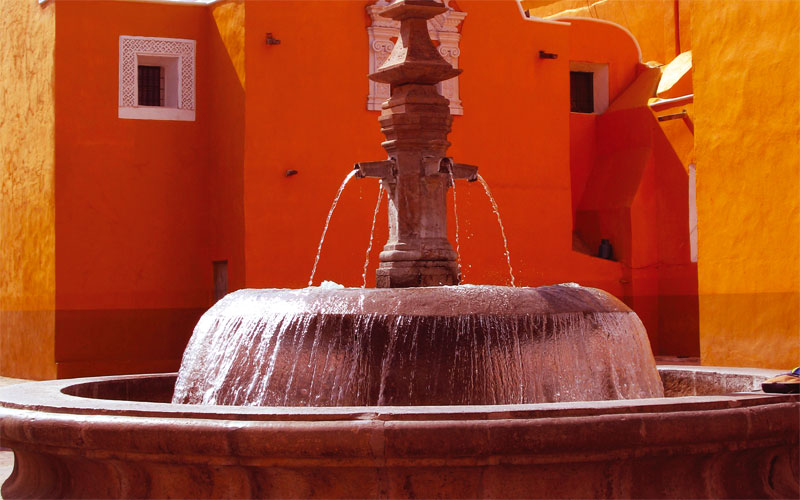 Many savvy residents of the incredibly jammed and noisy sprawl that is Mexico City have a sanctuary to escape their maddening urban environment that only few outsiders know of. It is called Tlaxcala and it is targeting tourism to raise both its profile and its revenues.

Last year, Tlaxcala signed a convention with the Secretariat of Tourism, according to which the federal state will invest $6.6 million in developing tourism in Tlaxcala. The sector is seen by local and national officials as a potential engine for growth in a state that is one of the least developed in the country.

So what draws people to one of the smallest states in Mexico? Situated about 75 miles east of the capital, Tlaxcala is a miniature version of everything people love about Mexico: millennium-old vestiges of civilizations whose art was full of noise and fury, tales of battles and betrayal between native people and mustachioed conquistadores, the fascinating fusion of Catholic fervor and pagan traditions, music and dancing in abundance, a large and thankfully inactive volcano, and welcoming, laid back people who find wisdom in their daily dialogue with the earth, the trees and the infinite sky.

One of the first things you see on the road from DF to Tlaxcala is a large sign that reads “Volcán La Malinche” (La Malinche volcano), named after an infamous indigenous woman who gave away the Aztecs to Hernán Cortés. Nowadays, La Malinche, also called Matlalcuéyetl, is mostly known by trekkers for being one of the highest mountains of the country, peaking at 14,600 feet.

The small and powerful empire of Tlaxcala was one of the few nations that resisted the Aztecs. It was also heir to the nation’s most ancient civilizations: archeological evidence attests to the presence of societies as early as 10,000 BC.
Now Tlaxcala is determined to reclaim its roots – after all, it is the ‘birthplace of the nation’ – and to make a name for itself in the world. “Tourism is very important for us,” says Tlaxcala’s Governor Mariano González Zarur. “We are doing a lot of advertising and we launched a few years ago the yearly Tlaxcala Fair, a cultural festival that mixes contemporary pop culture and traditional craftsmanship.”

Places such as Casa Puebla in New York and Casa Tlaxcala in Los Angeles raise the profile of Tlaxcala in the U.S. through workshops, courses and exhibitions, and connect Tlaxcalan communities with their roots..

When asked what he would recommend to visitors, Mr. González Zarur mentions Huamantla, which is one of the “magical villages” selected by the Mexican Tourism Office as part of their worldwide campaign. A visit there mid-August for “The Night In Which No One Sleeps” is highly recommended, when locals create a four-mile-long carpet of flowers and sawdust across town, leading parishioners to the main church where they pay homage to the Virgin Mary.

He also highlights the sanctuary of the fireflies (Villas del Bosque) in the Santa Clara woods. Each summer, countless fireflies flock to the oyamel trees, where females light up in order to attract suitable mates. Night after night, the whole forest scintillates as if by magic. “The potential is here and economic growth is well on its way,” adds the governor.