With the world’s top leaders gathering in
Japan this month, the 42nd G7 Summit will shed new light on the country and show just how far it has come 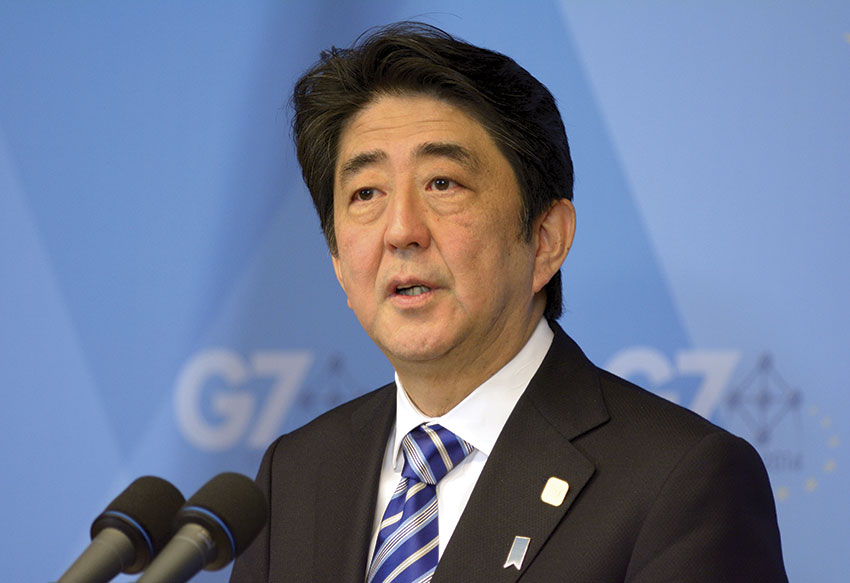 When leaders of seven of the world’s most industrialized countries gather in Ise-Shima, Japan, on May 26-27 their decisions on such weighty subjects as how to support a continuingly weak global economy, the spread of terrorism, curbing North Korea’s nuclear ambitions and reining in Russia will likely capture most of the headlines.

But the summit of the Presidents and Prime Ministers of the United States, Canada, Japan, France, Britain, Germany and Italy known as the Group of Seven (G7) will also serve as a golden opportunity for the host nation to showcase its credentials as a global and regional leader.

Over the past two decades, Japan has been facing the challenge of economic stagnation and isolation, but now the country is keen to trumpet itself as a new, more open and more globally-minded partner. Although the jury is still out on Prime Minister Shinzo Abe’s eponymous revitalization plan known as ‘Abenomics’ – with his pledge to shake up the highly regulated economy having so far made slow progress – the International Monetary Fund last month backed Abe’s efforts to open up Japan’s economy as well as his massive monetary easing campaign, reiterating that “structural reforms that raise productivity are vital” for the country.

With Japan facing a shrinking domestic market due to its rapidly aging population, the Prime Minister has put globalization at the forefront of his economic policy, knowing that it is not only one of the country’s best hopes of securing long-term growth, but also a way of increasing Japan’s presence and influence internationally – an essential requirement if the nation is to maintain its position as a global economic heavyweight.

Another key pillar in the Abe administration’s plan to make Japan more open and outward looking has been the rise of tourism. The government’s drive to increase the number of foreign visitors ahead of Tokyo’s staging of the Olympic Games in 2020 has seen the country consistently break its annual tourist arrivals record since the Prime Minister assumed office in December 2012.  It is a success story Japan will no doubt be keen to show off to many of the world’s most powerful people as host of the 2016 G7 proceedings – which not only includes the two-day leaders’ summit, but a total of 10 high-level ministerial meetings held in some of the country’s most impressive destinations throughout the year.

However, while the G7 summit is a wonderful chance for Japan to flaunt its famous hospitality, most importantly, the high-profile event will be an occasion for the country to flex its leadership muscles and demonstrate to its allies that it can be counted on politically, as well as economically.

“Discussions at the summit will be wide-ranging. There are key issues that I will be emphasizing where I believe Japan can play a central role.”

Perhaps the biggest trademark of Shinzo Abe’s reign, besides Abenomics, has been his determined international relations.  The prime minister’s diplomatic relish has become well-known and largely fuelled by his so-called “Abe Doctrine” – one that promotes an ambitious, multi-vector foreign policy that has made him the most traveled Japanese leader in history. In little over three years, Abe has visited more than 63 countries and held more than 400 summits.

“One trend that has clearly emerged is that Abe has moved away from Japan’s traditional diplomatic role characterized as an internationalist middle power and nowhere is this more evident than in the case of global summitry,” wrote Hugo Dobson in the Global Policy Journal recently. “Japan has traditionally cherished its seat at the top table, acted in its self-appointed role as representative of Asia, mediated between the US and Europe, and taken its great power responsibilities seriously as evidenced by its high levels of compliance with summit commitments and its hosting of relatively and consistently successful summits.”

At this year’s G7, Japan will want to reaffirm this vital role as Asia’s “representative” by putting Asian issues firmly on the agenda. With Japan having worked particularly hard to improve relations with countries such as Vietnam, the Philippines and Indonesia, Prime Minister Abe is expected to further illustrate his and Japan’s regional and global leadership by pushing the challenges facing the Asia-Pacific region into the spotlight, and particularly the ongoing issue of the South China Sea dispute.

As summit chair, Japan will lead talks on a whole gamut of issues affecting the world at large – both at the main summit and the various ministerial meetings – including the state of the global economy, environment issues, health and education.  Japan, of course, will be eager to demonstrate how it is setting an example in these areas.

Economically speaking, for instance, despite decades of officially slow macro growth the real economic picture of Japan is rosier than one might anticipate. According to the Financial Times, in the decade from 2005 to 2014, real GDP per person grew more in Japan than in the United States, Great Britain and the Eurozone.

What’s more, Japan remains a high-income country by Organization for Economic Cooperation and Development (OECD) standards, and according to the World Bank, income inequality is lower than in the U.S.
In fact, there is plenty that the other G7 nations can learn from Japan. Its women are amongst the most highly educated in the world and Japanese students score at the top of the global math, reading, and science rankings by the OECD. Also according to the OECD, Japan is healthier than America and most European countries, ranking as the least obese developed country.

On the topic of climate change, which will be particularly pertinent at this year’s summit following the historic U.N. Climate Change Conference (COP21) that took place in Paris last November, Japan’s energy consumption per unit of GDP is already some 30% less than the average of other G7 nations, making it a top performer in the world.

“Discussions at the summit will be wide-ranging,” Prime Minister Abe told CNN recently. “I hope that by working closely with other G7 leaders we can have fruitful discussions on addressing all of these important issues. There are key issues that I will be emphasizing where I believe Japan can play a central role.”