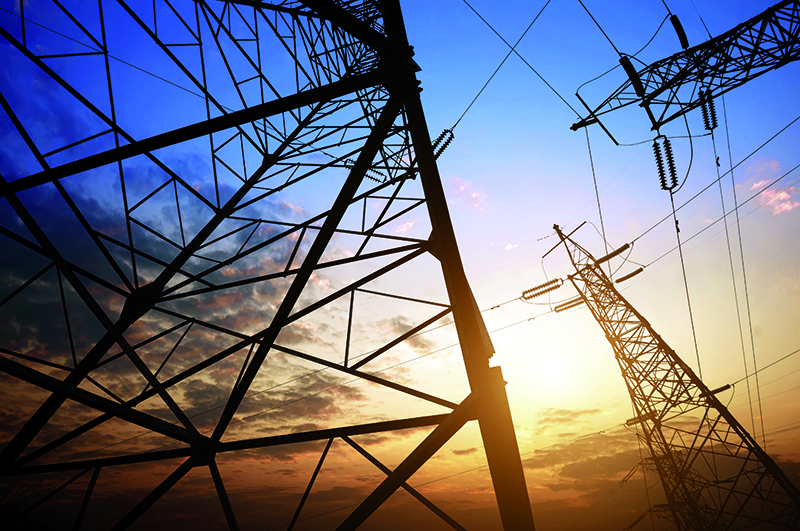 In the midst of a sweltering, end-of-summer heat wave in early September of last year, Egypt experienced the latest in a long series of crippling power outages, with nearly 40% of the country’s total generating capacity being knocked out, leaving millions to wilt and stew as critical services like water, transport, medical care and communications came to a halt. Egypt has suffered dozens of major blackouts since the first widespread troubles began in 2008, due to rising demand, natural gas supply shortages, aging infrastructure, and inadequate generation and transmission capacity.

As Egypt struggled through political and social upheaval, the outages continued to grow in both frequency and scope, placing additional strain on the country’s population, especially the most vulnerable. The blackout of September 2014 culminated years of intensifying frustration, as decades of failed policies, turmoil and market bottlenecks all conspired to bring Egypt’s power crisis to a new level. But if the power disruptions of recent years have brought the public to a boil, they have also brought about an unprecedented set of actions from both the government and the private sector that have many Egyptians looking toward the future with hope.

“We have taken fast action and for the first time in the history of Egypt’s electricity sector, we will be able to introduce almost 3,632 megawatts (MW) of power within a six-to-seven month timeframe to the network,” explains Mohamed Shaker, Egypt’s Minister of Electricity and Energy. “We’ve been financed by the government with over EGP2 billion ($262 million) in order to enhance the transmission network to accommodate all of the additional power that will potentially be in the network this year.”

Righting the country’s ailing power sector requires both immediate and long-term measures in several areas, as the demand for electricity from Egypt’s young and growing population continues to outpace the country’s capacity by a significant margin. Fortunately, Egypt possesses unique assets, including one of the world’s highest solar generation capacities on its desert territory and fertile Nile Delta, as well as one of the world’s most prolific wind corridors around the Gulf of Suez.

“We decided to adjust the energy mix to rely on renewables, whether it be wind or solar,” adds Minister Shaker. “Renewables would attract incentives for investment as we are relying to a great extent on the private sector’s participation.”

Overall, the government has set its sights on increasing the country’s generation capacity by 30,000 MW over a decade – enough power for roughly an additional 21 million homes – and it plans to ensure that renewables make up a significant part of this growth, through strong incentives and a very favorable investment climate. Egypt was among the first countries to tap into the more than $5 billion of support funds being offered by the World Bank and the African Development Bank, development agencies, and private sector sources for improving power generation in Africa. It plans to use the funds to meet its target of generating 20% of its total electricity needs from renewable sources by 2020, with an emphasis on its unique potential for solar and wind generation.

To link these projects to the places that need power the most, Egypt has also allocated more than $100 million in clean technology fund money to co-finance a high capacity transmission system from wind farms in the Gulf of Suez to serve heavily populated areas such as Cairo.

Further demonstrating the government’s willingness to take on longstanding problems, in July of 2014, President Abdel Fattah Al-Sisi made the decision to cut more than $6 billion of fuel subsidies, a policy that independent experts at the World Bank and International Monetary Fund had blamed for distorting Egypt’s domestic energy market and stifling much-needed investment in the sector. In addition, the Energy Ministry’s detailed plan for expanding the power network includes aggressive goals for attracting investment, modernizing infrastructure and technology, and establishing specific renewable power projects that will reduce Egypt’s dependency on oil and gas for electricity generation by more than one-third by the end of the decade. The plan foresees opening the doors to private sector investment and allowing independent power producers to tap into the country’s public infrastructure and connect to the national grid.

“The new electricity law will liberalize the electricity market by unbundling the transmission company from the holding company completely,” Minister Shaker explains.

In line with this commitment to creating partnerships with private and public institutions, Egypt has secured billions of dollars of support, cooperation and investments from a variety of sources. The government reached a deal with the Arab Fund for Economic and Social Development for a $195 million project to upgrade a 620MW power plant in Assiut, as well as with the OPEC Fund for International Development and the World Bank, who will together provide more than $650 million to finance a 1,950MW power plant in Helwan that will cost an estimated $2.4 billion and provide enough energy for about 1.5 million homes.

In addition, Egypt will also expand its power system interconnection with Saudi Arabia after signing a $1.6 billion deal to connect the two countries with a 3,000MW electricity cable.

“We are trying to reform, add additional power, and introduce other forms of energy,” the minister concludes. “We are opening and liberalizing the market for private investors.”