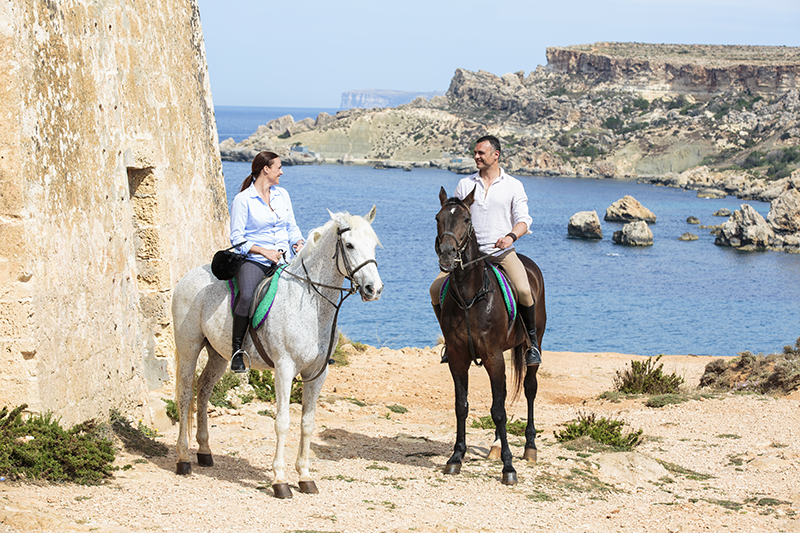 That’s it. Winter has finally hit us. Not only the cool temperatures and the stormy skies. It’s that time of year when the silly season is looming. TV programmes are filling up with advertisements for discount sofas, supermarkets with mince pies and mothers-in-law with plans for the stuffed turkey dinner. The good news is that it’s also time to think about the post-Christmas recovery plan, which for many people means a January break.

How about somewhere not far, not expensive and also warm and sunny? Say a jewel in the Mediterranean? Where they speak English? Malta of course! Situated some three hours away from London by plane, the southern-most territory of the European Union is a charmingly quaint archipelago of seven islands, the two main ones being Malta and Gozo.

Some 450,000 Brits visit Malta each year, according to the Foreign Office, for all these reasons and many more. For example, the ancient relations that bind us – Malta was part of the British Empire from 1800 to 1964 and it is the only country in the Mediterranean where you can find red telephone booths (Gibraltar of course being a British territory). In addition, for the rich heritage of these islands that through the ages have been Phoenician, Roman, Byzantine, Moorish, Sicilian, Norman and Spanish. Visitors also come for the Knights of Saint John, one of the few orders created in the Middle Ages and still active today, and also for the incredible bravery of the Maltese people who suffered a terrible siege during WWII and whose resilience was decisive in the Allied victory.

The fabric of Malta bears the mark of this long history. For example, it is home to (arguably) the oldest freestanding megaliths on the planet, built between 3600 BC and 700 BC. The fortress surrounding the diminutive capital, Valletta, tells us about the time of the crusades, when it was a stopover and a stronghold on the route to Jerusalem. And Maltese, one of the two official languages along with English, is descended from an Arab dialect spoken in the Middle Ages in neighbouring Sicily. It is also one of the official languages of the European Union, which Malta will preside from January to June 2017.

Now another interesting point is that British tourists matter a lot for Malta. “One of our best selling points is that we speak English and behave in what you could call an Anglo-Saxon way,” says the Minister of Tourism, Dr Edward Zammit Lewis. “Also, we offer an exceptional array of cultural sites in a very small territory. Here, you can do everything in just one day: go to the beach, visit monuments and go out at night.”

CEO of Malta Tourism Authority (MTA), Paul Bugeja also emphasises the importance of British tourists. “The general perception of Malta in the UK is very good but there is room for improvement. There is a misguided impression that Malta is simply an ideal place for retirement, an island where nothing much happens and where there is little to do except go to the beach. We want to get the message across that modern Malta is completely different from 20 years ago.”

With tourism representing about a third of the country’s GDP – drawing 1.6 million tourist arrivals a year and earnings of about €1.4 billion (£1.1 billion) – the sector is paramount for the economy. For years, the main attraction of Malta was its combination of guaranteed sun and turquoise surf at affordable prices. The islands are dotted with resorts catering to low to middle incomes, with the added advantage over other affordable Mediterranean destinations that the seafront has not been disfigured by rows of concrete buildings.

But now, in the age of internet booking and low-cost city hopping, Malta is revamping its offer with the aim to attract a more trendy and upmarket category of holidaymakers. “Instead of spending most of our budget on two months of intensive print advertising after Christmas, MTA is now spending 25 per cent of its budget on online marketing throughout the year,” says Mr Bugeja.

One of the objectives is to see Valletta become a hotspot for weekend breaks, as other cities have done in the past few years thanks to new, low-cost airline routes. The fact that it will be European Capital of Culture in 2018 will certainly help. The city is already being transformed. The world-famous architect Renzo Piano – known for the Shard in London and Paris’s Pompidou Centre – has re-designed the area around the City Gate, including the new Parliament building. The people of Valletta themselves are bringing new life to their city. For example The Gut, a neighbourhood once the haunt of sailors, bandits and prostitutes, is now swinging with cool restaurants and nightclubs.

Another important aspect of Malta’s hands on tourism policy is the revival of the national carrier, Air Malta. With a fleet of 10 planes and connections with 30 countries in Europe, North Africa and the Middle East, it carried last year 1.7 million passengers “The UK is our flagship market before Germany and France,” explains Air Malta’s Chairperson, Maria Micallef. “This has been an important year for us, notably with the approval of our restructuring plan by the European Commission but also the rebranding and repositioning of the airline, the inauguration of our new head offices at Skyparks [the business centre situated near Valletta’s international airport] and the launching of our new website.”

But enough said. It is time to let you book your holiday. Move over Ibiza... Malta, here we come.