Sophisticated technology and a focus on sustainability have allowed Uruguay’s agriculture sector to grab a growing share of the world market for agro-exports, with high quality beef and wine products now being shipped to over 100 countries 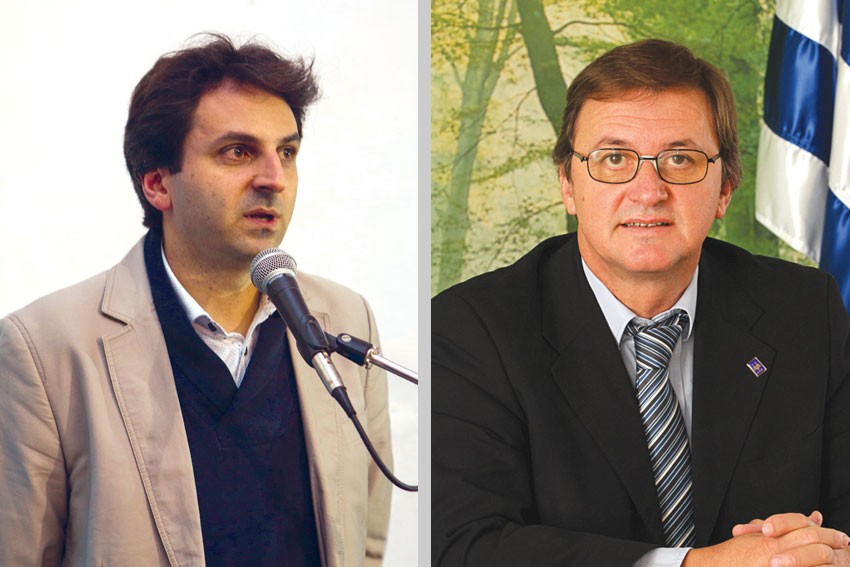 Hemmed in by two very large neighbors, each with a highly-developed agricultural sector of its own, it comes as a surprise to find tiny Uruguay punching above its weight in the battle for world market share by focusing on exports of quality agro products that currently ship to over 100 countries. Meat cuts from cattle and sheep reared in the open air, and wines that have won fulsome praise in countries where they take their wine seriously are beginning to find new outlets around the world. Now Uruguayan beef is being sold online to retail customers – and in China no less! What is it that allows Uruguay’s family-owned farms and ranches to compete with the big-time operators in Brazil and Argentina?

“Sustainability, innovation and a determination to grow,” says Tabaré Aguerre, Uruguay’s forward-looking Minister of Agriculture, Livestock and Fisheries. Translated into on-the-ground realities, that means assessing sophisticated new techniques and ways of improving every improvable step in the process that puts food and drink on the table – especially in Uruguay itself, where the people scarf down an average of 61 kilograms of beef per person per year. Meat and wine exports account for 78% of Uruguay’s foreign revenues and provide jobs for around 17% of the economically active population.

Great pains are taken to ensure that concerns about animal welfare, biodiversity, and waste disposal/recycling are addressed in a country where 12 million cattle – outnumbering Uruguayans four to one – and 7.5 million sheep are turned out to graze placidly on 13.5 million hectares of natural grasslands. That represents 80% of all land set aside for agricultural use. The vast campo, as it is known, is scored with abundant sources of water and a temperate climate with ample rainfall. You will almost always find the label on imported Uruguayan meat products certifying that the animal had been grass-fed on the open range.

“The United States should recognize that everything we produce is environmentally friendly by nature. Our product is supplied by small-time producers whose animals roam freely eating grass and drinking water from a stream. We can offer meat that is100% traceable and free of hormones”

Year-on-year figures released in May show that exports in this sector were up by a sharp 8.2% (to $659 million) for all types of meat, offal, and by-products, and grew 16% by volume (to 171,301 tons) in that same period, despite a slump in orders from recession-hit Russia. Prime cuts of beef were the items that led the shopping list of importers from China (29%); the NAFTA countries (United States, Mexico and Canada – 24%); and the European Union (23%).

One innovation that has added value to the country’s wine and meat products is the state-of-the-art traceability systems, by which food or food producing animals are tracked through the different stages of production, processing, and distribution. In the event a health risk is detected, knowing the date and place where it has originated allows it to be isolated and dealt with that much more efficiently.

“There are 15 countries in South America and the Caribbean that have shown an interest in the traceability model that has been implemented in Uruguay,” María Nela González, Director of SNIG (the National Livestock Information System), told the Montevideo newspaper El País.

“We package nature and sell confidence because we have a traceability mechanism that is perfectly open to verification. We can take a piece of steak and track it backwards through all the stages it went through, even as far as the living animal and its original breeder.”

Is that much reliance on sophisticated technology always a good thing? “A country without human intervention is a utopian construct,” Mr. Aguerre argues. “The challenge is to run a country that is able to contribute to global food security, to export food to 30 million people, and do so in a sustainable way, by taking care of its natural resources.”

Gaston Scayola is Vice-President of Frigorífico San Jacinto-NIREA S.A. and proud to claim a place of prominence for his firm among Uruguayan meat packing concerns with an established international dimension. It began with sheep. “In 2003 we entered the United States with boneless sheep meat, and now we are working on introducing beef cuts on the bone, a most interesting experience.”

In September this year, Frigorífico San Jacinto is set to make its first shipment of naturally produced Uruguayan beef certified by the U.S. Department of Agriculture as “Never Ever 3” grade (free from antibiotics and growth promotants), helping to consolidate Uruguay’s exports in a market where demand for naturally raised and processed meat is growing steadily.

“The United States should recognize that everything we produce is environmentally friendly by nature. No unusual requirements are involved; just our ordinary product supplied by small-time producers whose animals roam freely eating grass and drinking water from a stream. As a bonus, there is the fact that Uruguay has banned all hormones used to stimulate animal growth since 1962. So we can offer meat from animals raised on the open range that are 100% traceable and free of hormones.”

Traceability means each animal has a microchip attached to its ear showing the dates it has passed inspection, the place where it is coming from, and where it is going. “Only a country that is as serious, as professional and as small as Uruguay, can do that for every single animal under its management,” says Mr. Scayola.

“Europe granted Uruguay the same quota as the United States, the High Quality Beef quota,” Mr. Scayola adds. “We were the first company to work with that, since we were already working with grain-finished animals in Brazil. Then we went to Korea, a major market for meat but where they really prefer feedlot cattle beef, which has more infiltrated fat than the Uruguayan product. The important thing is that the Koreans have validated our quality control and sanitary processes.”

The wine industry The interesting thing about Uruguayan wine is not just that one is seeing so much more of it outside its country of origin. Over the past decade, output has soared from 1 million to 20 million liters. If they are making that much more wine, more people must be drinking it, you would think. Or else it is an indication that those who have sampled Uruguay’s vintages keep coming back for more. Where does that sampling take place? Last year, most of the 3.2 million liters shipped out of the country were headed for Brazil and the United States, followed by China and Mexico.

Once again, Uruguayans have learned to live with the fact that you cannot beat your neighbors on size. Long before wine fanciers outside the country had ever heard of Mendoza province, Argentina correctly figured that it had a sure-fire crowd pleaser with the Malbec grape and went all out to make it a staple of the world wine market and produce around 1 billion liters per year. That is just not going to happen in Uruguay, where some 9,000 hectares of vineyards are under cultivation, all of them family owned and managed, where all the harvesting is done by hand.

“We place a lot of emphasis on the contribution from family businesses – this is a country that has a tradition of family-run concerns,” says José María Lez Secchi, President of INAVI, Uruguay’s autonomous regulating and promotion board for wine. “That is why we are so concerned with quality. This area is where we see the United States as having the greatest potential as a market for our wines.

“We place a lot of emphasis on the contribution from family businesses – this is a country that has a tradition of family-run concerns.That’s why we are so concerned with quality. This area is where we see the United States as having the greatest potential as a market for our wines”

“Another thing that sets us apart is the traceability factor. We started introducing that nearly four years ago and now it is starting to pay off. Uruguayan wines now come with a geo-specific label that makes it clear under whose supervision the wine was produced, and even the exact sector of land where the grapes were harvested.”

Experts often note that Uruguay’s wines share many of the characteristics of wines from New Zealand or Bordeaux, as most of its vineyards are located on or near the coast north of the capital, Montevideo, where the fruit is exposed to cool breezes off the Atlantic. However, the late summer squalls that are common in a maritime climate can have disastrous consequences, in the form of mildew and mold on the grapes, which also include varietals such as Cabernet Sauvignon, Chardonnay, and Merlot.

“For us, the United States is still a developing market, even though it’s already our second biggest customer for wines. You could say the entire world is a developing market so far as Uruguayan products are concerned.The one thing that won’t be changing is our commitment to quality”

The Tannat grape accounts for a third of all wine produced in Uruguay and INAVI is betting big on developing a brand identity for that varietal among discerning wine drinkers. The grape is native to south-eastern France, and was brought to Uruguay in 1870 by an enterprising Basque immigrant. In due time, the alteration in climatological variables brought out a lush velvety softness in the fruit that had not been apparent in its European iteration. Alcohol content tends to be slightly lower, at 12% or 12.5%, while the tannins are very pronounced. It gives a unique character to the wine, as well as helping to achieve a nice balance between fruit and acidity.

The target market for Tannat is centered in the United States where INAVI has organized annual promotional encounters with trade professionals. Fifteen wineries took part in the Tannat Tasting Tour held in Boston, Washington, and New York in May this year. Under the “Wines of Uruguay” rubric, INAVI has also been present at trade fairs such as the London International Wine Fair and Germany’s ProWein event.

Juan Andrés Marichal is INAVI’s Vice-President as well as co-director of a winery, so he is not talking about mere good intentions when he notes, “For us, the United States is still a developing market, even though it is already our second biggest customer for wines.”

“You could say the entire world is a developing market so far as Uruguayan products are concerned. Maybe there will be some surprises, new markets out there that will someday eclipse the USA. We feel international conditions are right for accessing those markets and Uruguay should make the most of the opportunities at hand. The one thing that won’t be changing is our commitment to quality.”