A new ‘El Dorado’ for private-sector participation and partnerships in the energy sector has opened and investors are betting millions on its gas potential. 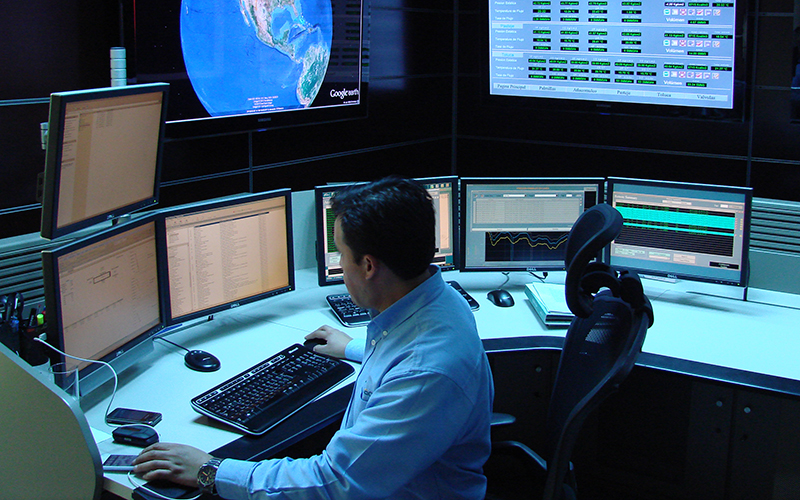 FERMACA’S SUPERVISORY, CONTROL AND DATA ACQUISITION (SCADA) SYSTEM IS ONE OF THE MOST MODERN IN THE COUNTRY
SHARE

One year after Mexican legislators gave the green light to the historic bill that ended the state-owned oil company’s 75-year stronghold on crude production, the once hidebound Petróleos Mexicanos (Pemex), which has long been shy of working with foreign concerns, is sealing accords with major private-sector enterprises that are expected to channel tens of billions of dollars to the country’s energy sector.

Impressed with the speed at which the Mexican President Enrique Peña Nieto is pushing through groundbreaking reforms that were all but unthinkable just a few years ago, major multinationals like ExxonMobil, BP, Petrobras, Chevron, Shell and many others are already lining up to get a piece of the action and industry players say it can only help the state-owned oil company over the long term.

In one of the latest such deals, in October 2014, Pemex executives signed a cooperation agreement with U.S. petroleum giant Exxon Mobil to jointly study upstream and downstream opportunities in oil and gas exploration, production, refining, storage and transportation. According to the President of ExxonMobil Ventures Mexico, Enrique Hidalgo: “Mexico has really captured the imagination of the world energy sector.”

Similar agreements are expected to give Pemex, and the industry, a new lease on life and generate an estimated $50.5 billion from new private and foreign investment by 2018.

A first phase of tenders in 2015, known as Round One and expected to be followed by two further rounds, will open up some 169 onshore and offshore oil and gas exploration and extraction blocks covering a total of 11,000 square miles.

“I believe the reforms should lead us to being able to obtain cheaper fuels and help Mexico become a serious business competitor on a global scale,” says Fernando Calvillo Alvarez, President of Fermaca, a leading Mexican operator of gas infrastructure. “Today we are the United States’ number one partner, but we want to keep on growing and strengthening our position.”

Critics have been very vocal in denouncing the reforms, arguing that the government is privatizing a natural resource that is owned by all Mexicans and that the energy sector will go the way of banking, telecommunications and railways that underwent disastrous reforms in the past.

“These criticisms are false conceptions of the reforms’ range,” says Francisco Salazar, the President of the Energy Regulatory Commission. “The energy reforms do not privatize, they liberalize which means allowing competition. Privatization means to transfer state assets into the private sector and the states’ assets, like Pemex, are not for sale. It is also clear that the resources, as in many parts of the world, are still owned by the nation.”

Mr. Salazar admits that Mexico’s selling off its banks, telecoms and railway operations was badly bungled and that the government learned from its mistakes. Others say that the measures allowing big multinationals to operate will inevitably crush the smaller, local companies in the sector. But executives say they welcome the changes and are looking forward to the new scenario.

Luis Vázquez, the President of oil services provider Grupo Diavaz, adds: “This gives us the chance to create alliances with big companies that can provide us with new technology and funding. I believe these reforms will make us more aggressive and open up the market even more.”

“Our hopes concerning the reforms are very high,” says Carlos Arriola, the Director General of the Igasamex gas transport company. “We believe they can completely invigorate Mexico’s energy sector, which carries so much weight in our economy.”

A clear indication of the confidence the reforms and the sector’s liberalization are inspiring in the international investment community was evident in February 2014 when Partners Group, a Swiss-based global private equity firm, acquired a majority stake in Fermaca in a transaction of a reported $750 million.

Jean Perarnaud, Managing Director in the Private Infrastructure team at Partners Group, stated in the company’s press release: “Our investment in Fermaca is an exciting addition to our portfolio as a core investment in energy infrastructure. Mexico’s growing economy will be supported by increasing amounts of natural gas and Fermaca provides an opportunity to connect the abundant shale gas supply in the United States with the growing natural gas demand in Mexico. We are extremely impressed with the Fermaca management team and look forward to building a leading energy player in the region.”

Fermaca’s founders, Fernando and Manuel Calvillo Alvarez, also stated: “Mexico will need capital investment of over $10 billion for natural gas infrastructure over the next five years to meet its targeted growth plan. With the abundance of projects planned, and the very favorable political and regulatory framework provided by the Reform, we find the current environment extremely attractive to continue building, owning and operating new gas infrastructure assets. We are excited to be partnering with Partners Group in this management buyout, a firm that shares our ambition and vision for our continued, sustainable growth and success.”

Fermaca operates two major natural gas pipelines: the 237-mile long Tarahumara Pipeline, which supplies cheap natural gas from the U.S. to nearly 2 million people in the northern state of Chihuahua via an interconnection at the U.S.-Mexican border. The other main pipeline is the Palmillas pipeline in the state of Toluca, which is operated by the natural gas transportation company Tejas Gas de Toluca, and has been supplying the gas needs of various business parks and industrial areas in Mexico State without interruption for more than a decade.

Mexico’s state-owned electricity utility, the Comisión Federal de Electricidad (CFE), awarded the contract to Fermaca in 2011 for the engineering, procurement, construction and operation of the Tarahumara project, also known as the, Chihuahua Corridor gas pipeline. Its bid beat a French-Spanish consortium and also a U.S.-Pemex joint venture. So what did it mean for the private Mexican company to surpass the all-powerful Pemex in a project as important as this pipeline?

“It represents a 360-degree change,” says its president, Fernando Calvillo Alvarez. “Since the arrival of President Peña Nieto, we have returned to the old rules of the game where there is no favoritism for anyone and everyone has the same opportunities when facing a project. Under those rules, we have won many bids and we have worked hard to fulfill our commitments.

“This pipeline has become the backbone of the country. In the end it was the only pipeline in this country that was delivered on time, to specification and budget, although few expected us to achieve this in the beginning. In fact, this earned us various awards, including the ‘Best Latin American Midstream Project Finance’, ‘The Deal of the Year’, a ‘Megaprojects’ award for best infrastructure in the country, and ‘Energy Firm of the Year’.

“We have done well; we have shown that we can match any company worldwide. Our communications systems, for example, are the newest and most innovative in the country; they are products of intelligent and calculated preparation, supported by large investors. We just invested $3 million in our SCADA (Supervisory, Control and Data Acquisition) system, which can today operate the entire pipeline network in the country via satellite.” The system constantly checks parameters such as pressure, temperature and humidity of the gas in real-time to ensure an uninterrupted supply of natural gas and strengthens the company’s assurance of its systems being totally reliable.

Fermaca is also developing compression, cogeneration and liquefied natural gas (LNG) projects. “We are building the country’s biggest gas compression station in Soto la Marina via a joint venture with Enagas, which requires an investment of $150 million,” says Mr. Calvillo Alvarez. The project involves the ownership, design, construction, operation and maintenance of the new compression station in Tamaulipas State that will be able to compress natural gas from 570 million cubic feet to a maximum daily amount of 1846 million cubic feet, from a pressure of 698 psig to 998 psig. According to the company, natural gas will be received from the national pipeline system’s primary trunk line, compressed at the Soto La Marina Compression Station, and then finally fed back into the same pipeline for CFE.

Investors have also taken note that the Ministry of Energy has estimated over the next 10 years $100 billion in investment will be needed to develop Mexican shale gas resources.

The gas sector is certainly one that has piqued widespread interest. In the U.S., the prolific Eagle Ford shale formation is possibly the largest single economic development in the history of the state of Texas, and its reserves extend south across the border into Mexico’s Burgos Basin, which accounts for two-thirds of Mexico’s shale gas resources. Mexico’s approximate 19.3 trillion cubic meters of gas shale and 13 billion barrels of recoverable shale oil resources rank it among the top 10 countries in the world.

Nevertheless, the shale gas sector in Mexico is still in its infancy, finding it hard to compete with cheap imports from the U.S. that give further momentum to companies like Fermaca who are rapidly expanding Mexico’s gas transportation sector.