Mauricio Macri came to office with early reforms which sparked the interest for investors in boardrooms from New York to Zurich, eager to take advantage of Argentina’s lucrative agribusiness, energy, and technology sectors.  Domestically however, many remain skeptical as to whether this pro-business government will truly act to improve the lives of the nearly one-third of Argentines who live in poverty.  Nicolas Carver sits down with Minister of Social Development Carolina Stanley to discuss just that.  Minister Stanley’s role within Mauricio Macri’s cabinet is key: to bridge the gap between the economic internationalization of the country and inclusive, sustainable growth. 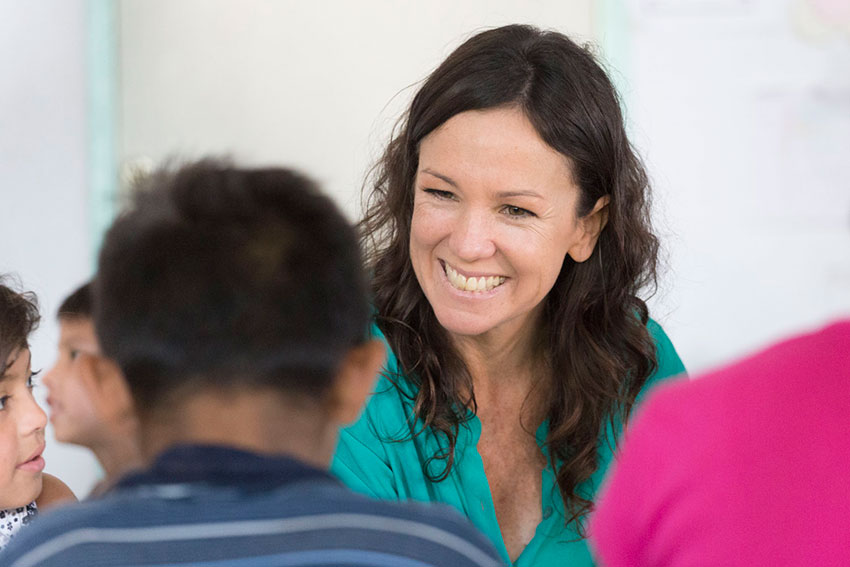 Argentina has opened its economy to foreign investment and financing and aims to usher in an era of strong economic growth through investment to create jobs. How are economic growth and social development linked under the new administration?

By establishing the goal of zero poverty as one of the three pillars of his presidency, Mauricio Macri thereby declared it as a centerpiece to our administration’s work. Our reforms of establishing transparency in our statistics gathering and negotiating with international creditors to restore trust in Argentina all have one clear objective: to reduce poverty in our country, and eliminate it in the long-run.

When we talk about poverty, we aren’t only thinking about an income level that is over a certain line. On the contrary, we understand poverty from a multidimensional point of view where education and employment are fundamental. We don’t mean only to overcome poverty but also to generate social inclusion. To achieve that, it is necessary to face a number of vulnerabilities that concern poverty-stricken Argentine families today.

The goal of zero poverty has to do with our vision for the country and how we work comprehensively as a government, with how we understand an economy that is growing and developing and also overcoming poverty. This is not achieved merely by economic growth; that growth has to be supported by different social aspects.

The private sector needs to understand where the country is going and to follow it down that path. It has to consider what each person can offer for the country’s development. Last year, during the strong inflation, this meant limiting price hikes and generating new employment through investment. This all works like a gear mechanism. When you work with a vision of development, you have to understand that social inclusion is a part of that development. No country can grow if it believes a part of society will be excluded from that growth. We all have to be part of the same vision.

Your zero-poverty idea is a long-term goal and not something you achieve in a four-year term. How is the Ministry for Social Development working on achieving this goal?

The first thing we need to do is create a comprehensive work plan in which all the different sectors and social areas are included. This itself is a different way of conceiving our path towards that goal. The Ministry of Social Development has to work together with the ministries of Education, Health, and Interior.

Today, every poverty-stricken family is impacted by multiple vulnerabilities. For example, some families may be  without a home; others may have one but without sanitation or sewer access, or lack a community with paved streets and stable electricity. Other families suffer from violence or addictions. Others can’t find a place for their children in school. All of these situations make them vulnerable and create a situation of inequality for them.

Therefore, our first focus is to work together with all the other ministries to prevent these causes and conditions of poverty. Our second focus is to work for the families and communities, assessing their real necessities to be able to overcome the poverty that afflicts them. Our third focus is early childhood development: we want every child born in this country to have the same opportunities. It has been proven that a well stimulated and well fed child, one that grows up with health, education and love, has more possibilities of staying in school and, later on, of choosing a life project for him or herself. We also focus on the entire school cycle. We accompany them through the education process with the idea that when these children reach their adolescence they will have the power to choose.

We need to be able to work together with the Ministry of Education so that children don’t abandon their studies. Also, schools need to be understood as tools that allow these kids to plan for their futures and be able to choose. The key of all this is the ability and freedom to choose; to achieve that you need quality education and access to quality jobs. These two aspects are at the core of our plan to overcome poverty. 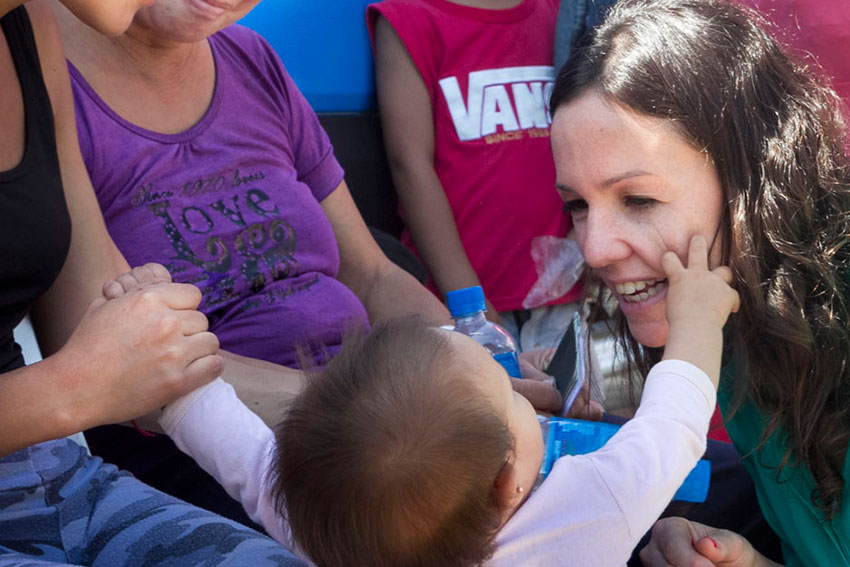 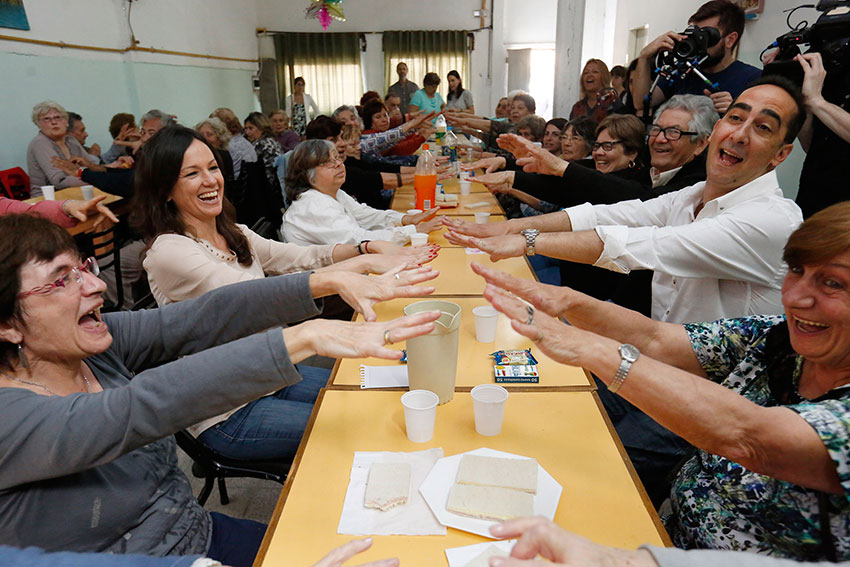 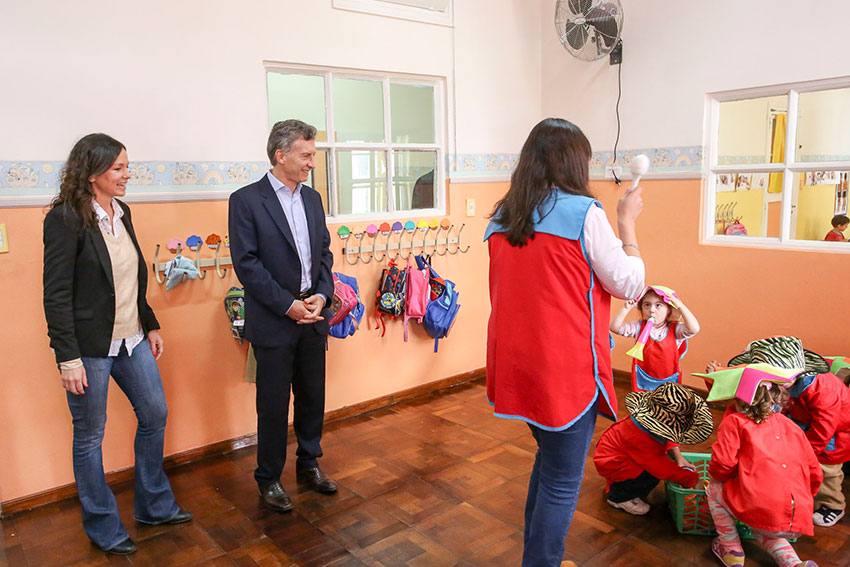 How does the ministry coordinate with the children’s parents?

The development of the National Early Childhood Development Plan already takes into account the link between parents and their children and the parent’s involvement in their education. Other than working every day with the children in the early childhood centers, we have a pedagogical and social services team that does follow up with the families. The families are called on to learn more about their children and how to work out matters like stimulation and diet. We also organize shared activities for the parents and their small children to be able to strengthen the bond between them. A strong bond between them reduces the possibilities of domestic violence.

How do you work together with NGOs?

We offer NGOs the possibility of directly opening early childhood centers, which they operate under the Ministry’s supervision. We communicate our rules and guidelines to the NGOs and donate a certain amount per child. The NGO takes care of personnel hiring and other matters while we supervise the center’s operations.

Other ways are related to NGOs that are more specific, like breastfeeding. In this case, the NGO gives out courses on breastfeeding for the personnel at the early childhood centers, so they may be able to assess mothers, and for the mothers themselves when they attend the center.

When you worked as Social Development Minister for the city of Buenos Aires, you said there was little collaboration with the ministry on a national level. What did you learn from that experience in terms of creating links with the regional ministries now that you have been named national minister?

I never had a link to the national minister when I was city minister. In fact, I only got to know her during the transition. The policy of the current President and his team is completely different. That is why one of the President’s first actions was to call for a meeting with all provincial governors. Then, all provincial social development ministers met in December 2015 to assess doubts and the policies ahead. As this was the first such meeting, some ministers were skeptical and combative.

Trust is built little by little, but this meeting showed that we wanted to start a dialogue. Also, each province in Argentina has a different reality. Certain issues are handled equally, like early childhood, but there are others that are related to the particularities of each province.

How have you been building up relations with other political actors during this first year?

It has not been easy. On top of the different points of view to take into account, we have had unforeseen challenges and emergencies that generate exasperation.  However, the trips I have done to the provinces to get to know the different projects in each one have been fruitful.

These ventures fill me with pride, I am truly satisfied by seeing the ways in which each province works. Being able to work together and alongside each other has begun to create a bond between us. Dialogue is fundamental for all this and if you want a sincere discussion you have to speak the truth. It’s not about always saying yes, but about creating a space for questions and answers, particularly when working to overcome vulnerable situations.

The government’s image in an international context is centered on the role of the private sector and the economic openness, but it leaves the social component behind. What would you tell the American political community about the Ministry’s role in Argentina?

I would tell them we are an administration that works comprehensively, that knows it needs more social inclusion and that social inclusion is helped along by economic growth, but this alone is not enough. We have to accompany economic growth with social services, which requires studying and understanding all the vulnerabilities and difficulties that poverty-stricken families go through today.

I would tell them that as a government we are ready to work on including all social areas, and supporting that with an economic policy that generates employment, but also with education and attention to families so that we may be able to train all Argentinians with equal opportunities and the ability to choose freely. We are a State that works for the Argentinian people.