Visiting an amusement park may not be on the top of a foreign visitor’s list when visiting Tokyo. But Mr. Hirota Akihiko, CEO and President of Asakusa Hanayashiki, Japan’s oldest amusement park, hopes to change that – by leveraging on the park’s strengths, such as its long history and unique cultural offerings 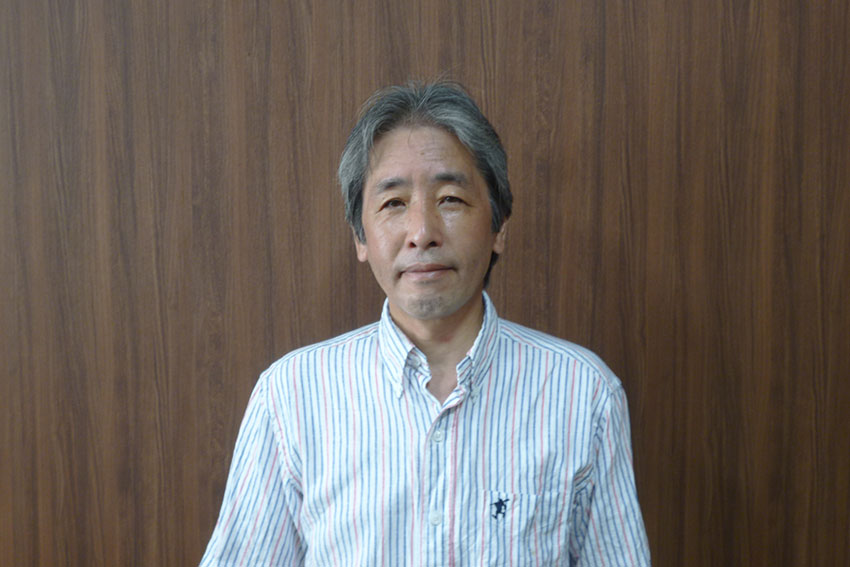 Despite certain hints of economic growth in 2016, critics have it that Abenomics has fallen short of expectation. Structural reforms aimed at tackling the aging population and decreasing workforce are meant to change Japan. How has Abenomics impacted Japan, and most particularly your sector?

By 2020, there will be many opportunities opening for Japan. Although we are seeing some challenges in terms of the currency fluctuation and the stock market, Abenomics is moving towards the right direction and we will see the results of the reforms gradually. If the Japanese wages become stabilized, it will equal an overall increase in general expenditure, which will also result in an increase in expenditure for the amusement sector. In that way, I believe Abenomics will have a positive impact on our sector.

In 2020, Japan will host one of the world’s most watched events: The Olympic Games. What impact do you expect the games to have on Japan? And on Asakusa Hanayashiki?

The Olympic games will not only impact Asakusa Hanayashiki, but all the Asakusa region. Currently, there are discussions of positioning one of the marathons throughout Asakusa, which will generate a vast increase in visitors. Asakusa as a region is already a renowned tourism attraction in Tokyo with many foreign visitors, but there will be a boost in visitor numbers from the Olympic games.

Japan successfully attracted 20 million tourists in 2015, reaching the government’s objectives 4 years in advance. By 2020, the Government expects to receive some 40 million tourists. What impact has this unprecedented increase in tourism had on your amusement park?

Currently, Asakusa Hanayashiki’s foreign visitors only account for 1.5% of total visitor numbers. We have been monitoring and analysing the numbers for over a year, and we are yet to see the effects that the influx of foreign visitors has had on our amusement park. Most countries have at least one amusement park, and certainly the situation varies from country to country, but most tourists coming to Japan do not have amusement park visits on their list of priorities for their stay. However, for the families traveling with their children the situation is different, and we want to offer those families an entertaining experience.

Asakusa Hanayashiki is not just an amusement park; we are not fancy like Disney Land and we do not aim to be so. What we instead want to emphasize to our visitors is the culture and the long history of the park. We are a small amusement park with a long history, and we are also emphasizing the different facilities surrounding the park.

In 2014, Asakusa received more than half a million visitors. Out of this 500,000, only 1 to 2% were non-Japanese. What actions are being taken to increase the number of foreigners as well as local visitors?

From a more general perspective, we aim to increase our offering of entertainment that does not require a specific language. For instance, we offer visitors the chance to dress up as geishas, and we also offer dancing shows, wrestling and “shoot boxing”. We have also developed an illumination show around the park, which is a good option for visitors staying in the Asakusa area and that do not know what to do during night time.

Another activity we offer is our “telepathy walker”, which allows the visitor to walk around the park with a wearable device that explains Hanayashiki’s history in different languages. The device points out different spots and navigates the visitor through the park to learn about our history. This activity was introduced this summer, and we offer it for free in Chinese, English and Japanese. To us, it is equally important for our visitors to enjoy the park through this kind of entertainment as it is to discover the attractions.

Asakusa Hanayashiki operates in the middle of Tokyo; on the one hand, it is a fantastic opportunity as you are located in a beautiful area with easy access; on the other hand, there is a limitation in terms of space available. What is your strategy to maximize the limited space that you occupy?

Looking at the history of our park; originally, the manufacturers of the attractions had the authority of the park, and in collaboration with them, we were able to establish the layout of the limited space we have. However, fourteen years ago, the company went into bankruptcy and was acquired by Bandai Namco, and we were concerned as there was not one particular maker that had the authority of the space. Due to this, we had to consider how to maximize our limited space, and carefully select each attraction.

Referring to Hanayashiki and nearby sightseeing spots such as Sensoji Temple, Mitsubishi Research Institute’s Mr. Komatsu said that “cooperation between amusement parks and neighboring tourist sites can benefit from a multiplier effect.” Do you offer any joint-activities with the Asakusa disrtict? What is Asakusa Hanayashiki’s role in making the neighborhood more attractive?

The objectives of the customers differ. Prior to the current situation, many people would come here solely to visit the amusement park. In the same way, people touring around Asakusa did not tend to visit Hanayashiki. However, we have started a collaboration with the Asakusa district – through carnivals and festivals for instance – to enhance a multiplier effect. Starting in December, 2016, we established a new joint activity where we are offering Japanese Hagoita classes. Hosting those events collaboratively and offering free entrance to the tourists in the area are some of the efforts we are focusing on. We aim to constantly find new synergies between the Asakusa Area and Hanayashiki as an amusement park. The relationship with Sensoji is quite historical.

The relationship with the Taito Ward is very strong, and it is a country-based law in terms of construction regulations and such, which makes it difficult to establish a relationship as such with the Ward itself. However, it has not been officially announced yet, but we are collaborating to create a safe parking lot to receive the big buses coming to drop off tourists into a certain area. This will be a common gathering place for tourists to then spread around the area.

A few years ago, the park was acquired by Bandai Namco, one of the country’s frontier companies in terms of entertainment. How have you benefited from the synergies that this relationship brought about?

With Bandai Namco, we collaborate in terms of the facility management business. Hanayashiki is an amusement park, whereas Bandai has its strength in the gaming sector, although indeed, they run other theme parks such as J World and Namja Town. We do share the same ideologies and we face the same concerns as fellow amusement parks, and in that sense Bandai is very supportive. However, Bandai Namco has very strong characteristics in terms of their different characters. My personal opinion is that we do not want to establish ourselves in the same way; we want Hanayashiki to have our characteristics. We share synergies in terms of the management style, but as for the visual aspect, people will not be able to tell whether one machine comes from Bandai or not, and we want people to be able to do so with our attractions and machines.

In Japan, you compete with not only J World, but also with some giants such as Disney Land and Universal Studios. What is the competitive advantage of Hanayashiki?

First, we are located in Asakusa. Secondly, our park is not magnificent. As I mentioned before, Hanayashiki is very compact, or perplex, in terms of the color scheme and layout – it is all mixed together. This mixture creates a very enjoyable environment that can only be achieved thanks to our size. We do not strive to be “gorgeous”, and that is also our strength, because that enhances our characteristics and authenticity. Also, our prices are very affordable in comparison to the big parks, and we are very accessible. Thanks to the compactness of the park, our visitors will not get tired of walking, and won’t get lost in the park.

Regarding the big amusement parks, they have a specific “rule” or “way” to enjoy the ride; at Hanayashiki, we do not have that. Regardless of whether the visitors will go on the attraction or not, we do offer traditional activities on the side that they can enjoy. I want to create a space that resembles a small town, and that is the main difference from the big amusement parks.

Asakusa Hanayashiki can be found in popular Japanese movies such as Trick (2002) or Helter Skelter (2012). What other movies can we find the park in?

It would be impossible to name all of them; for instance, there are a lot of movies directed by Takeshi Kitano, there is one called “The Summer of Kikujiro”, and one called “Ijintachi tono Natsu”, to mention a couple.

Created in 1853, Asakusa Hanayashiki was first opened as a flower park, before becoming a zoo. You became an amusement park in 1949, and today, you offer a variety of cultural events such as “the ninja school,” the “Kimono and Tea Ceremony Experience”. What future activities are we to expect?

This is not a specific event; however, some parts of the amusement park are under construction; and we are establishing a multi-purpose hall to be opened in June, 2018. As mentioned, we want to offer more events such as the Geisha show, the Tea Ceremony and such.