‘We always try to keep one step ahead’

The construction and civil engineering side of Ohmoto Gumi has been involved in some of Japan’s highly symbolic infrastructure projects: Shinkansen, the offshore airport in Haneda, and high-speed highways, among others. It also has a successful environmental improvement business and insurance agency to its credit. President Mampei Ohmoto discusses what’s behind the company’s record profits in 2015 and its drive to make modern Japan beautiful. 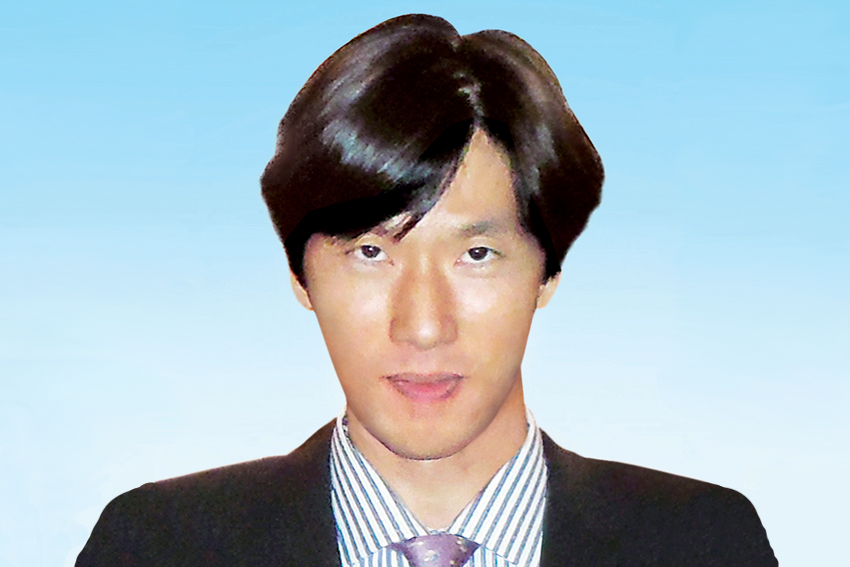 What do you think has been the impact of the government’s economic reforms on your sector?

I feel like Prime Minister Abe has a very long vision to make Japan a better place. The general economy has been very bad in Japan, but I believe it has to do with the world economy, and not just Japan.

I was appointed as CEO five years ago. When I became CEO, our company almost had an operating loss for the first time since its founding and it was in a very dangerous state.

But our company made the best profit that we have ever had in 108 years last year. We were able to establish our new head office building in Aoyama. This success was caused by the positive effects of economic factors that have worked on our company, the efforts that we have put in the company, the advancement of our technologies, the ability to make proposals, sales strength, the tradition and the innovations.

If it gets ratified, what do you think might be the impact of the TPP on the sector, on infrastructure companies like yours?

In terms of the TPP, I am not sure what is going to happen. I cannot say anything because of the US election, Donald Trump and Hillary Clinton have different points of view, but I believe that the construction fees will go down in no small way.

Plus, we are getting many orders from foreign companies headquartered in America and other countries. So we’ll be affected by it.

I believe it’s beneficial for Japanese construction companies that do business abroad. Our company hasn’t done business outside of Japan but we might send people abroad in the future.

Next year, as you said it will be your 110th anniversary. Last year you generated nearly 86 billion yen in sales, and you're everywhere. What do you attribute this long success story to?

Since the establishment of the company, of course, we have been striving to meet the demands of our clients and society by making superior constructions.

What do you think is the role of the construction sector in contributing to Japan’s economic growth and to society itself?

I feel like the construction sector can contribute in many ways. In comparison to Paris and New York, I really think those cities themselves are beautiful, but unfortunately Tokyo is the city that developed rapidly after the Second World War. So I think it’s necessary to make efforts to build the city based on a grand design.

I hear that today’s beautiful Paris was the result of carrying out the large-scale urban reconstruction designed mainly by Napoleon III. I feel that establishing a beautiful city is a must for society; it’ll lead to contributions to the economy. Talking about our new head office building in Aoyama, there were a lot of companies wanted to come to this area, but I desperately wanted to build it in Aoyama because there are so many worldwide famous buildings here. I also had a strong will to contribute to the further activation of the region too. We attracted a sidewalk café on the first floor. On the first and 10 floors, there are trees that let us feel the changing of the seasons. We have a stream flowing from a waterfall from the inner part of the entrance to the outside. In addition we installed active vibration control (the weight on the rooftop moves in the opposite direction of the earthquakes) to the building.

I think it’s possible to promote economic development through infrastructure such as railroads, roads, and airports too.

Japan as an island country has a lot of natural disasters, such as earthquakes, typhoons and tsunami. I feel like we need to build more good quality infrastructures.

How are you going to contribute to the $3.8 billion infrastructure boom for the 2020 Olympics?

Our company specializes in the construction of shopping malls and distribution warehouses. We also build hotels and offices. Towards the Olympics, We want to work harder on the Olympic Center, and there is a plan for many hotels to be established in the city, so we want to take part in that project, and of course the roads and infrastructure as well.

So this point you just shared with us features in your book, which you have published recently, demonstrating that you aim at building the city of the future, a beautiful city. How did you feel writing this book and how do you describe this beautiful city?

I want you to know that the construction work not only shows the culture/tradition and exists as beautiful landmarks, but it also suggests the people’s security. Many of the European companies have a long-term vision, instead of looking at the short-term profit, and I want our company to be like that. We want to be steady and humble, but to have our dreams and challenge new projects at the same time. Japan might face economic recession after the Olympics, who knows. As a company, I believe it’s important to be steady and humble but aggressive.

Looking at sustainability and CSR in general, we know that your company is involved in many solar-generation businesses. What is next for you and why is it so important for you to achieve your future growth today?

We work on solar-generation businesses and also focus on technology called “Shell Nurse” that aims to recover the natural environment at seashores by recycling oyster and scallop shells people dumped before.

Generally speaking, sometimes new elements are put to these technologies to go with the times. Also it’s not unusual that the directions are changed completely at the same time.

We want to brush up on our vibration control construction method and unmanned operation technology (remote control heavy equipment) more too.

We always try to keep one step ahead of other companies for the future and develop and introduce safety technologies.

If you were with the world’s top leaders today, what would you like them to think of Japan? What should Japan represent today to the world?

I know France has an amazing culture and art; Japan has its own amazing culture and long tradition as well. For example, there are wooden buildings like Himeji-jo Castle and “Bushido” (the spirit of samurai warriors). The spirit of Bushido is also something we boast about to the world. One of the things I’d especially like the foreign leaders to know is the Japanese spirit of “Omotenashi”, which is the Japanese manner of being thankful to everything, everyone, and thoughtful about others with all of our hearts.

These things are the base of Japanese culture and tradition. If you visit sightseeing spots in Japan, you’ll see the difference between Japanese “Omotenashi” and foreign countries’ manners. That is what I would like the foreign leaders to know.

Of course, Japan has high technologies and it’s a very safe place with high hygiene.

Let me just say, some people think Japan should just be a country that grows and develops, but I feel it is important to value our own culture and cooperate with other countries as an individual country. In order to develop one's country, I believe it’s important for every country in the world to cooperate and grow together. As a result, each country could develop greatly.