The future of Tajikistan’s energy sector discussed in detail by the country’s Minister of Energy and Water Resources, HE Usmonali Uzmonzoda. 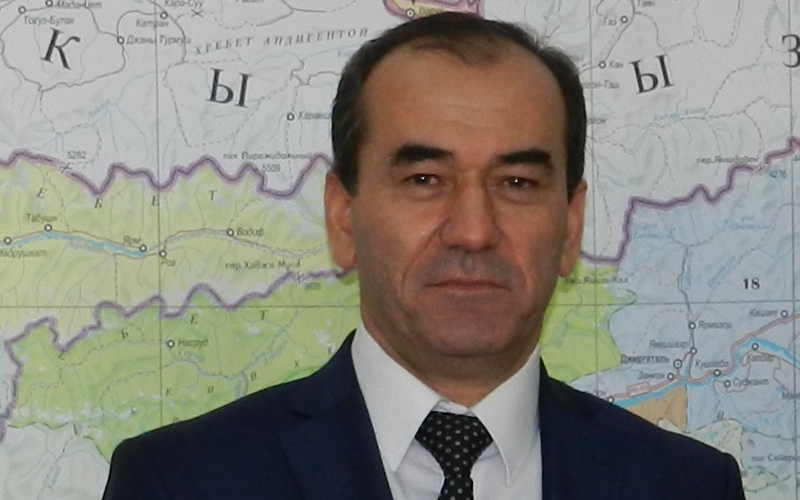 HE USMONALI UZMONZODA, MINISTRY OF ENERGY AND WATER RESOURCES OF THE REPUBLIC OF TAJIKISTAN
SHARE

Tajikistan has the capacity to produce around 5,400 megawatts (MW), and currently around 95% of this electricity is produced by hydropower.

Since independence, the government of Tajikistan under the leadership of the President of Tajikistan, His Excellency Emomali Rahmon, has worked to attract massive foreign investment to the energy sector of Tajikistan, both through direct foreign investment and through foreign financial institutions. These projects largely manifested in the construction of thermal and hydropower stations. From 2001 to 2005, with the support of the World Bank, the Agha Khan Fund and the Swiss Government, the reconstruction of Pamir HPP was completed with an increased capacity of 14 MW.

The situation has become much better over the past few years of course. Private investment from Russia and Iran has done much to improve the conditions of Tajikistan’s energy infrastructure. Over the last ten years, due to the construction of 670 MW Sangtuda HPP-1 and 220 MW Sangtuda HPP-2 the total capacity in Tajikistan has increased by more than 1,000 MW.

This is an incredibly good result. We are currently focusing on improving the situation during the winter period, when some districts of Tajikistan receive only several hours of power a day. For this, we need more thermal power stations and we also need to attract more foreign investment. Recently a Chinese company completed the construction of the first phase 100 MW of the Dushanbe-2 thermal power station, the second phase will have an additional capacity of 300 MW for which preparation activities are ongoing. This station will dramatically improve the winter supply situation.

Parallel with these activities, starting from 2001, we have seen the rehabilitation of many substations. For this, the Asian Development Bank, the World Bank, the Islamic Bank, the KfW, the Kuwait Fund, the OPEC Fund, the China EximBank and the Swiss Government as well as others, have invested more than $ 666.2  million in the construction of new hydropower terminals, as well as transmission lines and substations.

An important project in line with this has involved the construction of a 265 km 500 kV power transmission line between southern and northern Tajikistan. In November of 2009, Tajikistan was disconnected from the Central Asian energy grid. In this case, the construction of the Sughd 500 kV substation, Dushanbe 500 kV substation and power transmission line solved many of these problems, but there remain many issues still to be solved. China supported this project with $281 million of financing.

Due to the effects of the winter season on water flows and hydropower generation, there is still a pronounced need to increase Tajikistan’s ability to produce energy. How can this be accomplished to ensure a reliable year round power supply?

I think the continuation of the construction of Rogun hydro power plant is very important in resolving this issue. Its capacity will be 3,600 MW and not only will it improve the situation during the winter period domestically, but we will be able to export the excess energy it generates to South Asia, including Pakistan, Afghanistan and Iran during summer.

In terms of diversification, we are negotiating the construction of a thermal power station in northern Tajikistan, in Shurob near Isfara. This will be a 300 MW station, and the project is currently being considered by a Malaysian company. Furthermore, we are thinking of establishing a new thermal power station near Ayni district because significant coal resources are located there.

We are also working towards the rehabilitation of the Golonaya hydropower plant with $136 million of financing from the ADB. After rehabilitation, the generation capacity of the mentioned plant will be increased up to 252 MW.

The EBRD is providing financing of $75 million for rehabilitation of hydro-mechanical and electrical equipment of two units out of six at the Kairakkum hydro power plant. The rehabilitation will increase the currently installed capacity of the plant from 126MW to 142MW by installing two new turbines with greater rated capacity. Turbines with greater capacity will prevent unnecessary discharge of water through spillways and generate more electricity with the same flow of water.

Additionally we are working towards the future rehabilitation of the Nurek hydro power plant. All of these initiatives will be done in order to increase capacity for winter. It is possible, and I think it will be done, because we have support from international organizations, foreign partners and investors.

However, we cannot forget that energy demand is constantly increasing. New hydropower plants will have to be constructed and we will rehabilitate existing hydropower to meet this challenge. Additionally we will continue the construction of thermal power stations. Combined, this strategy will grant more capacity to Tajikistan during the winter period.

These developments will lead to a huge energy surplus in summer months. How is the CASA-1000 project progressing to enable Tajikistan to export more electricity to its southern neighbors?

CASA-1000 really is a very important project for us and our neighboring countries. Preliminary meetings started in 2009 between the governments of Tajikistan, Kyrgyzstan, Afghanistan and Pakistan. Now the situation has developed well with government resolutions on general agreement between the stakeholders already approved by the respective heads of states.

A loan from the World Bank has been approved which will provide $45 million to Tajikistan’s portion of the project with $15 million being provided by the Tajikistan Government and another $7.5 million provided by USAID.  We have had preliminary discussions with the Islamic Development Bank for an additional $70 million loan and European Investment Bank for €75 million as well. We have also talked with the Kuwait Fund, and they have also agreed to provide funding. Negotiations are underway with other banks to secure around $320 million in total.

In parallel with this project, the ADB is working on a line connecting Turkmenistan, Uzbekistan, Tajikistan, Afghanistan and Pakistan. This line will go from Turkmenistan to Mazar-i-Sharif - Puli Khumri - Kabul and on to Pakistan to alleviate power shortages there.

What efforts are being made to upgrade Tajikistan’s domestic distribution network?

We are working to increase the commercial efficiency and grow the future potential of Barki Tojik, our national distribution company. To do this we need to decrease energy losses, improve commercial returns and upgrade our infrastructure.

From the commercial side, we need to install better quality, digital meters to monitor power use. Every consumer should have digital meters which are controlled by a central system. After the installation of new meters everything will be very clear, and computers will be able to determine who is using power and who is not paying for it. It will provide Barki Tojik with more revenues. A feasibility study is being conducted to see how we can go about upgrading the metering system.

Another commercial issue is the rehabilitation of existing substations. Currently a huge number of substations have to be modernized. By doing this, automatic losses will be significantly decreased because the existing equipment and transformers are outdated and old. I believe that investment in these projects could offer very good returns for foreign investors.

What is the significance of the beginning of construction of the Central Asia China Gas Pipeline (CACGP) project for Tajikistan?

In September, during a visit of the President of China, HE Xi Jinping and with the participation of His Excellency Emomali Rahmon, President of Tajikistan, an official ceremony was held to begin work on this project. Already the loan agreements and all documents concerning this project had been signed between China and Tajikistan. This included commercial agreements between China National Petroleum Corporation (CNPC) and Tojiktransgaz, who will be constructing and operating the pipeline.

The detailed design-survey works are ongoing at this time, and we had solved all questions concerning land acquisition. CNPC and Tojiktransgaz have already started work in Rudaki district.  Now they are creating designs for tunnels, because more than 76 kilometers of the pipeline will literally go through mountains. It is a very challenging project from a technical perspective.

This length of the section of this pipeline on the territory of Tajikistan will be around 410 kilometers. Approximately $300 million will be provided from Chinese banks to Tojiktranzgas, and a total of $3.2 billion dollars will be invested on realizing the project. According to the standing agreements Tajikistan will not utilize the gas, but instead will receive transit fees and tax revenues.

Looking beyond the CACGP, energy security is one of the most important areas of our National Development Strategy. Today the Government of Tajikistan is involved in the numerous programs I have described in order to realize this important goal. I believe that our energy sector will be transformed, for the better, over the next 2-3 years.