With preparations underway for the sixth annual meeting of tourism ministers of the G20 (T20) in Antalya in September, Taleb Rifai, World Tourism Organization Secretary General, explains why the sector is so important to the global economic recovery, as he praises Turkey for leading by example in growing its industry through intelligent strategies and traditional hospitality. 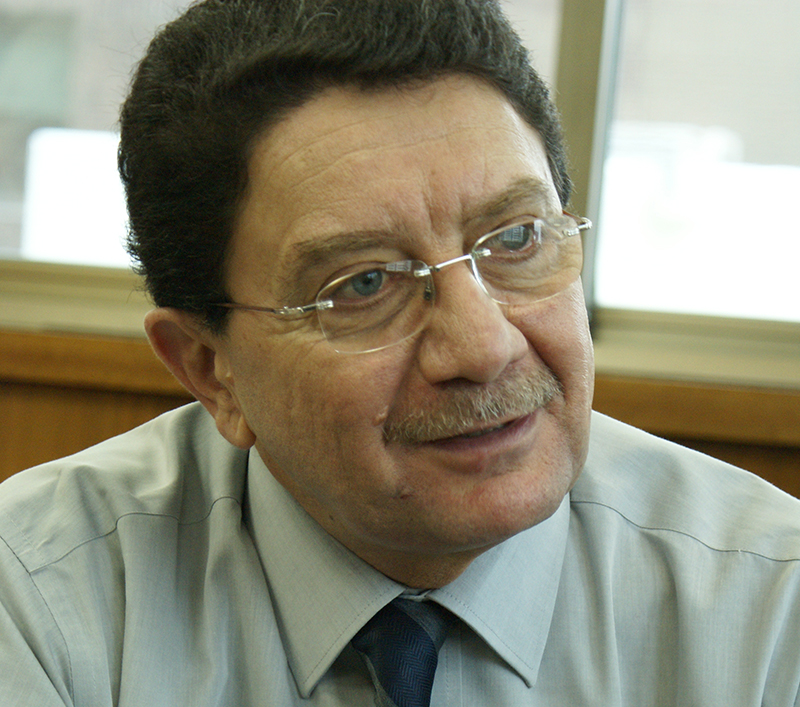 MR. TALEB RIFAI | SECRETARY GENERAL OF THE WORLD TOURISM ORGANIZATION (UNITED NATIONS)
“Tourism has proven to be one of the best allies of developing economies and emerging destinations”
“Turkey is trying to achieve a fairer world in which the benefits are more equally distributed”
“Travel and tourism is providing developing economies with a growth engine, and a sector that will gives them a comparative advantage over more advanced nations”
“Tourism today is a central global phenomenon, employing one out of eleven people all over the world, representing nine percent of GDP; we need to take it seriously.”
“I expect the G20 leaders to be an example to the rest of the world. I urge them to take advantage of this untapped and underutilised sector to help contribute to the economic recovery, to social progress, to peace, understanding and stability”
“Simply saying to the world “Welcome to Turkey” has made the country warm and likeable for visitors. It hasn’t cost Turkey anything really, but this attitude has made a big positive difference in terms of inbound tourism”
“Research by UNWTO and WTTC shows a direct link between visa facilitation and jobs. If you start thinking that visa facilitation can deliver five million new jobs in the G20 countries in the next two to three years the rational to promote facilitation becomes self-explanatory”
“We believe that increased security and easing country entry requirements are not mutually exclusive. Technology and proper management nowadays must allow us to both guarantee safety and improve visa entry conditions”

Read the full interview below

How is the UNWTO engaging with the Turkish G20 Presidency this year to place tourism on the agenda and what are the main sector issues you would like to see addressed at G20 level?

The T20 is an informal mechanism in which the Tourism Ministers of the G20 countries come together to debate critical sector related issues and identify how the sector can contribute to the wider G20 agenda. We have seen an extremely enthusiastic and cooperative reaction from Turkey and the topic and theme, which is always left to the initiative and suggestion of the host county and which requested by Turkey, is employment, and the connection between tourism and employment. In this respect, we are working with the International Labour Organization to identify the key issues related to the topic of tourism and employment with a particular focus on how can the sector contribute to a more inclusive model of development.

How have G20 countries responded to your calls to improve visa processes?

One of the most important G20 meetings for us took place in Los Cabos in Mexico in 2012. It was the first time that the G20 leaders in their final communiqué mentioned tourism and its connection to jobs and income. Research by UNWTO and the World Travel and Tourism Council (WTTC) shows that the G20 economies could boost their international tourist numbers by an additional 122 million, generate an extra US$ 206 billion in tourism exports and create over five million additional jobs by improving visa processes and entry formalities. These are huge numbers.  As a result of our joint research we have thus been able to demonstrate the tremendous impact of visa facilitation on tourist arrivals, tourism exports and job creation.

Look, for example, at how the United States has reformed its visa requirement processes, its special agreements with Brazil and China, the visa waivers, and the resultant increase in the number of visas granted. We at UNWTO connected the visa issue particularly to jobs. If you start thinking about it this way, then the creation of five million new jobs in G20 countries in the next two to three years becomes self-explanatory. With minor modifications and adjustments, and a little bit more friendliness and openness in the visa regimes worldwide, every country could be tapping into a wealth of benefits that it is missing out on today, because they are looking at it the wrong way.

Would you say the situation is improving and what do you consider to be the main obstacles to continued reform?

The landscape has already improved substantially. Today, globally speaking, sixty-two percent of the population needs prior visas to travel from one place to another. This is too much. But considering that in 2008 this number stood at seventy-seven percent, it is right to conclude that the world has definitely made progress. I must, however, admit that the recent security developments, which I understand and fully support, may stall further improvements on visa and entry requirements. As security for the nation means security for the visitors, we are very keen on the continuous improvement of safety measures. Nevertheless, we believe that increased security and easing country entry requirements are not mutually exclusive. Technology and proper management nowadays must allow us to both guarantee safety and improve visa entry conditions.

In light of the Turkish G20 Presidency’s commitment to ‘inclusiveness’, what is the potential for tourism to aid the growth and progress of least developing countries (LDCs), and what could be the impact this on more developed nations?

Travel and tourism is providing developing economies with an growth engine and a sector that will gives them a comparative advantage over more advanced nations. To this effect, the UNWTO emphasizes that tourism is a powerful and effective tool for development. This doesn’t necessarily mean that this evolution is going to act against the interests of developed countries, but simply that everybody is going to grow according to our forecast. The share of the cake will, however, be divided in a slightly different way. This is good, this is healthy, and this is right. This is what Turkey is trying to achieve; the world becoming fairer and the benefits more equally distributed.

To what extent can Turkey be seen as a model for emerging economies that are looking to grow their tourism industries into powerful and sustainable economic contributors?

Turkey is already a role model and a powerhouse in tourism. With over forty million visitors coming into the country in 2014, the country today is ranked number six in the world in terms of arrivals. Fifteen years ago these numbers would have been unthinkable. Turkey has not only realised the enormous importance of tourism as an economic sector, the country has also show great political will to advance. This progressive vision has undeniably paid back. In spite of the on-going civil war in neighbouring Syria and growing economic woes in Russia, one of Turkey’s main source markets, 2014 was another record year for Turkey’s tourism industry.

In 2009, Turkey decided to grant visas to Russians upon arrival. This would not have happened if the political will had been non-existent. Because of this measure, the number of Russian arrivals into Turkey has more than doubled in less than two years. And even today in the face of current difficulties, at a moment when Russians are traveling less, when they do travel they go to places that are more welcoming to them, and where they are received without complications. So Turkey was the least affected by the drop in Russian arrivals in comparison to many other parts in the world. Turkey even experienced a slight increase in Russians visiting in 2014. Many other European countries, on the other hand, had to deal with a decrease in Russian arrivals. In other words, hardship or economic difficulties can play a role, but openness and hospitality are equally or even more important. Simply saying to the world, ‘Welcome to Turkey,’ has made the country warm and likeable for visitors. It hasn’t cost Turkey anything really, but this attitude has made a big positive difference in terms of inbound tourism.

What is your opinion on the rise and potential of ‘halal tourism’ in Turkey and worldwide, and what is the UNWTO doing to stimulate and maximise its growth?

There are as many forms of tourism in the world as there are cultures, attitudes and travellers. This is just one more example of how a destination that takes seriously the needs and the requirements of its visitors  can benefit. It is also an example of the fact that travel today is done by everybody. The 19th-20th century reality, where only the rich and aristocrats could afford to travel, is over for good. Tourism has become a people-mover, with 1.1 billion people crossing international borders in 2014. There are also more individuals from Islamic countries that are traveling to more destinations and this is a natural phenomenon.

Halal tourism deserves as much attention as any other form of tourism that is geared towards making people feel welcome and feel more at ease. Last year, 125 million Chinese travelled outside of China. They also have special requirements, such as wanting to have lunch at twelve o’clock instead of at two, like in Spain; they need to drink some tea while eating, etc. All of these particularities require being sensitive to your customer, and we at UNWTO monitor, encourage, and support this attitude.

As Secretary General of the UNWTO, what is your message to the G20 leaders when they gather for the summit in Antalya in November this year?

During the T20 in Antalya in September, when the tourism ministers of the G20 countries will come together, we would like to see more attention of the G20 countries on tourism as a sector. Tourism today is a central global phenomenon, employing one out of eleven people all over the world, representing nine percent of GDP; we need to take it seriously. I expect the G20 leaders to be an example to the rest of the world. I urge them to take advantage of this untapped and underutilised sector to help contribute to the economic recovery, to social progress, to peace, understanding and stability.