Turkish Petroleum aims to be a global brand

With eyes on raising funds from the capital markets and potential new projects in Africa, the Middle East, Caspian region, Latin America and Russia, Turkish Petroleum CEO Besim Şişman explains why his company has the potential to emerge as one of the best known Turkish brands in the world by 2023. 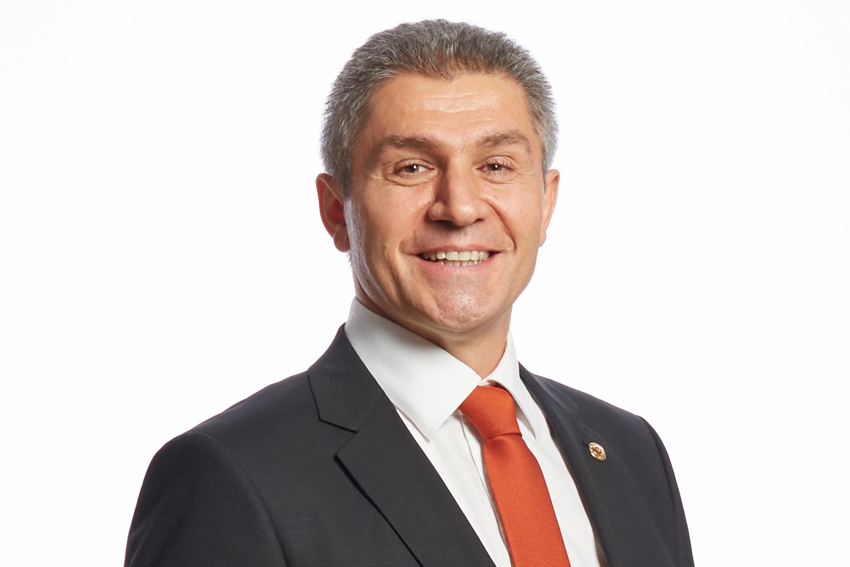 G20 countries are responsible for some 80% of global energy use and 60% of oil and gas production. All have been affected in different ways by the volatility in oil prices over recent years.  When can we expect to see some stability in the oil markets and what can be done at G20 level to try to induce such stability?

There is in fact stability in the petroleum market. There's an exact amount of production and consumption, so those two balance each other.

But some political factors including some other technical issues cause the huge volatilities and crisis.

As a company, we couldn't interfere with the political factors, but we know that the dispute between Russia and the West is one of the reasons for this price volatility and the alleged dispute with Iran is another reason for this.

We have the TP2023 Transformation Program, and in everything we do, we put humans at the center of our policies. We should ask: "Why do we do such actions which in the end destroy humans?" Researchers say there is unquestionably enough resources for everyone.

The Prime Minister himself has said that energy should be a bridge of peace, and he has spoken about taking action on global energy security as G20 President. What do you think that other G20 countries and developing countries can learn from Turkey's own approach to ensuring energy security here in this country?

Political stability is safer for both producers and consumers. It's our luck that Turkey has such an essential geographical position.

Even in its most troubled times, Turkey gives a message to the world that peace is really important. We can build not only an energy bridge, but also a cultural bridge.

In this respect we see the explorations in the Eastern Mediterranean as a contribution to peace for humanity, and so we hope that with those kinds of big projects we could overcome the disputes with Israel.

The modern era took away humanitarian feelings and created ambitions instead. So, as the Prime Minister has said, Turkey has to be leading the way during its turn as G20 President; there should be new projects added to the current ones, and East and West should be together.

The Iraqi and Israeli gas has to be transferred to Europe because, if I'm not mistaken, there's going to be an additional need of 200 Bcm of gas in the next decade. Turkey is an energy melting pot for Eurasia.

Therefore, regional countries need a politically and economically stable Turkey to reach the global market. Lots of countries should support Turkey in this goal.

Additionally, the recent case between Russia, the EU and US shows that Turkey’s energy terminal and corridor role contributes a lot to Europe’s energy security.

The G20 countries should know that Turkey is the one economy that would connect the East and West and everybody will profit from that. When we go to Malaysia they always welcome us, for example.

The West should make good use of that power. Unfortunately, in the Middle East, these huge disputes have always erupted. Perhaps the reason is that the three big religions originated from these lands, but it is our duty to end this dispute and end the bloodshed.

As well as being this bridge of peace and energy between East and West, Turkish Petroleum has also joined hands with big international firms for exploration here in Turkey. What role do you see indigenous hydrocarbons playing in the future of Turkey's energy security, perhaps lessening the demand for energy imports?

We cannot say that Turkey is a real oil and gas country; we have very limited potential here. But we have spent around 400 million dollars for all these drilling operations in the Black Sea, and 100 million dollars in the Mediterranean.

Now we're drilling with Shell around 100 kilometres north of Istanbul. Onshore, we have very good shale gas potential. But first we have to find out if it's possible to produce something from shale in Turkey.

First we made a project with Shell near Diyarbakir, in the southeast of Turkey. We took good samples there, and now we are evaluating the project.

And we are in another project with Halliburton in Thrace. Thrace is a very good location because we have very good infrastructure there.

Another important project is a gas storage project near Istanbul, in the Silivri district. We will reach around 4.3 Bcm of total capacity, before 2020.

It's very important because it's near Istanbul, and it's our only gas storage. There's also BOTAS’s gas storage project in Salt Lake, of around 1.5 Bcm.

These are good projects, but they are not enough for Turkey and for Turkish Petroleum; we import 92% of our oil and 98% of gas, so we spend around 50 billion dollars every year on oil and gas.

That means that the biggest portion of our budget deficit comes from this expenditure. Because of this, we don't want to stay here and work only in Turkey, we have to undertake important projects in other countries.

Which countries have you identified for new projects?

We have a very good project in the Caspian region, which can easily be compared to any other project in the world. Now we have around 7% in ACG and we increased TP’s stake in Shah Deniz to 19%.

These are very good for us but not enough. We are neighbors of producing countries, and because of that our focus is our region, the Caspian and Middle East, but we want to undertake some projects in Sub-Saharan Africa also.

We know that, especially if you look at Tanzania and Angola, it's very expensive to do projects there, but there are some good opportunities. For example, there are some countries in Africa that are not economically or politically stable, but they have good oil and gas potential, so we can go there and work on some projects, because oil and gas projects take a long time to be developed, say 20 or 25 years.

Because of this you can start the project, and wait two or three years, and after that you can start operations. This is why African sites are very important.

If all the companies from different countries go abroad and get together and develop projects together, that means that they can improve peace.

Some countries in Latin America are moving towards market liberalization, which provides good opportunities for companies.

We are generally keen to expand in Africa, Caspian Region, Middle East, Latin America and Russia.

Because of the low oil prices we're having some difficulties like other companies and countries. We are waiting for oil prices to reach $75 or $80 or something like that. After that, maybe we can evaluate some other projects together.

In 2013 you said that you were looking to transform the company and become more flexible in quick decision-making. In December last year, the Hon. Minister spoke about the privatization of TP. What future ownership and decision-making structure can we expect?

We are now in a transformation period. The most important part is going to market. We need support from the Ministry side and the government side, but we have to explain what we really want to do with the company.

Our president has said that there should be ten globally-known Turkish brands by 2023.

Turkish Airlines was the number one, but we want to be the second as Turkish Petroleum, because Turkey needs a really strong international oil and gas company, and we are unique in Turkey.

So, if we develop our program, we will transfer our vision to reality.

We are now a 100% governmental company, which means we have some bureaucratic problems. If you look at Shell or BP, they have really good relationships with their governments, but the freedom to act independently. If you are a British company, you have to develop a good relationship with your government. So, it's not important if we're a state-owned company or a private company; it is important that we are a Turkish company.

Of course, we need extra help from the government, but we are preparing ourselves now. For example, we finished our reserve accreditation with McKinsey.

That's important because you have to show your reserve to the market. Now we are undertaking some studies about our licenses in the Black Sea.

After we finish our job, we can tell the government, "Yes, we are ready, we can go to the market now".

We have very good staff here in Turkish Petroleum. There are around 350 engineers and other staff from the US and England working with us.

Around 300 students are now in the US and England. We have very good engineers here, but the reality is we have bureaucratic problems.

If we solve these problems, with the quality of staff we have in the company, we will be ready for anything.

Quality starts from the top down. When you talk about going to market, or attracting international partners, people want to know who the face of the company is. You are the newly appointed CEO, after spending some time as Acting CEO. How would you sum up your vision going forward?

We need to be more aggressive. We have 60 years of experience in Turkey, and around 24 years in the international arena. We have a good staff and a good country, politically and economically. We have to do our best.

At TP, we have to solve our governmental and economic problems, because we are very important for Turkey. We spend over 50 billion dollars every year in oil and gas, accounting for around 60% of our budget deficit.

That means if we solve the oil and gas problems, we may be able to grow around 2% every year as a country.

I believe that with our staff, and our partners in Turkey and other countries, we will be successful and reach our goals for 2023.