Turkey is the sixth most popular tourism destination in the world, but this year the industry has been hit by problems in neighboring countries and source markets, and more recently by internal strife and perceptions of instability. Timur Bayinder, President of the Touristic Hotels and Investors Association (Turob), explains why Turkey remains an attractive and competitive destination despite recent turmoils. 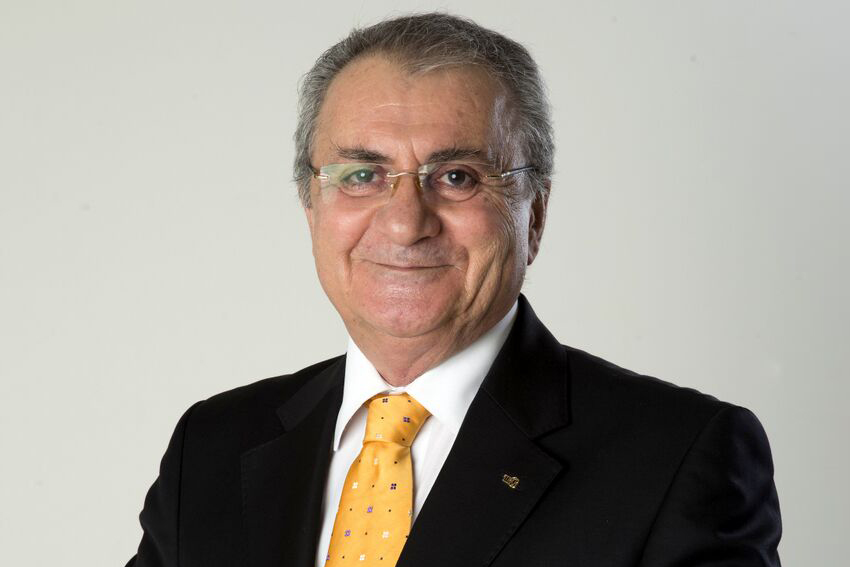 Why do you think Turkey has emerged as one of the world’s most popular tourism destinations over recent years?

After the 1980s, tourism support laws were passed. The tourism capacity of Turkey increased after that, especially on the southern coast. With publicity and of course some public relations work, the Turkish coast now holds considerable potential for group traveling.

Despite a record performance last year, Turkey is currently suffering from a perception of instability and insecurity. What would you say to European tourists who are perhaps afraid to come to Turkey this year after recent events?

Turkey is a very big country. The distance between the problematic areas and Istanbul is equal to the distance between Vienna and Madrid. It’s a very big country. The war is far away, it’s not near. We have a population of nearly 80 million in Turkey. But of course, besides that, we all have confidence that the problems will be solved very soon. A peaceful atmosphere with the neighbors is the most essential thing in this economy.

This year, you have noted that incentive-based hotel investments have fallen 42% in the first five months of the year, whilst occupancy rates are down and some five-star hotels in Istanbul have slashed prices to €50 per night. What can be done to reverse this trend and stimulate confidence and amongst hoteliers and potential investors?

We distinguish hotel investors from the hotel managers. There’s a mentality in Turkey that whenever a business is popular everybody wants to do this business. Of course there’s a balance between supply and demand in this area. We have more beds than we have demand for. Three or four years ago, Istanbul had 65,000 beds. Now this number has reached over 100,000 beds in Istanbul. Two years ago we had 8.5 million visitors coming to Istanbul and this year we have around 10 or 10.5 million, so the increase in the number of available beds is much higher than the demand of people coming to Turkey. It is bringing prices down. If you have a five-star hotel the prices will come to the three-star range. It will also put the smaller hotels in a more difficult situation.

If you were an international investor looking at Turkey, where do you see the most potential in the tourism sector?

Istanbul is a huge city, there are 15 million people living in Istanbul today. Imagine, Greece has a total population of 10 million people, and in Istanbul alone we have 15 million. Of course in such a big city you have different areas. We need investors even in tourism. For example, my hotel is just at the end of the Bosporus. We have a wonderful view to the old city. Even though this location might be ideal for tourists and visitors, it doesn’t mean that there’s no need for a more industrial area, because they will have foreign business consultants and business affairs around that area and they will need a hotel also.

Before, there was only one airport in Istanbul. Now there’s a second one that opened in this area; it’s been operational for at least three years. Now both of them are insufficient, and there’s a third airport being built right at this time that will have triple the total capacity of both airports. So these areas will rapidly grow. Many hotel investments were made once the second airport was established here, and the same will probably happen with the third airport. It will attract many tourists to Istanbul, so hotels in the area will increase.

Germany, Russia, and the UK are the core tourism markets for Turkey, but you also have more tourists arriving from the Gulf, North Africa, and the Far East. How is the hotel industry adapting to this diversification of the market?

In the hotel business you have to be very dynamic. And we have to run in front of the government, we have to be ahead. We are very lucky because we have Turkish Airlines. Of course each time there’s a new destination you also look for ways to bring people from those routes back to Turkey. For example, Turkish Airlines opened a direct route to Brazil. On that occasion we met several public relations agencies in Brazil, and now we have a nice growing market from South American countries. The number one region for client potential is Europe. Then there’s Russia, because we provide a cheaper price range compared to other countries and we are closer. They love holidays. We should also look at other countries; for example, there were over 1 million tourists coming from Iraq every year. There are over 1.5 million now and we take good care of them. Iraq is a great source of customers for us, and Iran has lots of potential. The relationship with the neighbors is very important because we’re a close destination. We constantly look for new markets with potential. The new markets we are targeting are China and India.

There was an article in the Turkish press recently claiming Turkey had cuts its international promotional budget from $120 million to $15 million in the past two years. What impact has this reduced budget had on the sector and what are private stakeholders doing to fill the gap?

The governors, the NGOs and the private sector have to work together and combine forces, there’s no other possible way. The previous minister of tourism was very attentive to everything that was said by the professional organizations and the NGOs. They made advertising campaigns for Turkey and Istanbul, and they asked for our opinion on which one better represents our interests. The aim of that was to bring a more international perspective.

For the past 10 years tourism has been growing considerably, so this was good. The tourism market has flourished. When they were getting opinions on what represents Turkey abroad, for example, in London, everybody was bringing their ideas. So the feedback was much better. Then the minister changed and the policy changed also, so now we are quite attentive to whatever happens about Turkey and we have no say in Turkey’s branding campaign.

What would be your advice to young entrepreneurs who want to enter the tourism sector here in Turkey?

My father-in-law was a big tourism businessman, and I started as a trainee next to him. So he told me, listen very carefully, you’ll never be a millionaire by working in the tourism sector. But he said you’ll do fine and you’ll meet exquisite people. This is the reason why I continued with my job.

What motivates you to continue working hard to represent the tourism sector’s concerns and interests?

I’m tired. I have also been a teacher at university, and I have been working in various tourism associations for the past 20 years. I have run this place also for quite a while, and I have a travel agency that deals with incoming tourists from time to time. There’s a time when all you want to do is just sleep, make model planes, rest, and go fishing, and things like that. But even if I decided to stop everything today I would still probably be consulting. It comes with the job. This is the way we were raised, when you do this, when you work in tourism, you have to be able to work 12 hours a day. You must be present, always.