Turkey aims to be an energy ‘bridge of peace’

Strategically located between major energy producers and consumers, Turkey is developing into a vital transit state carrying hydrocarbons from the Middle East and Caucasus to Europe with an ultimate aim to be an energy hub. Mehmet Konuk, CEO of BOTAŞ, outlines his company’s vital role in creating this energy bridge that fosters interdependency between nations. 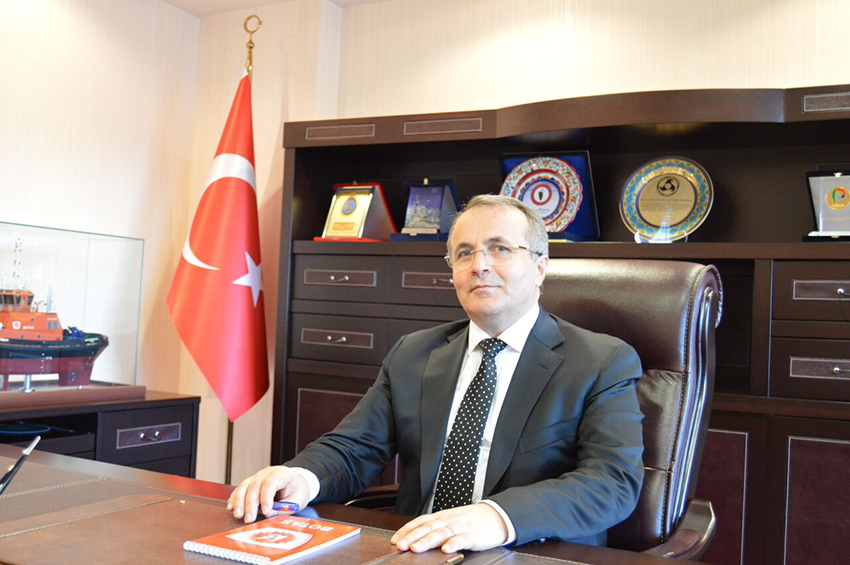 Turkey, as an aspiring secure energy corridor, is a key part of the movement of oil and natural gas supplies from Russia, the Caspian region, and the Middle East to Europe. Firstly, besides the obvious geographical advantages, what other factors make Turkey standout as the ideal energy transit state in this region?

In 2001 the enactment of the Natural Gas Market Law paved the way to liberalizing the natural gas market in Turkey and gave the private sector the floor to play a much more active role.

In order for the energy sector to prosper, we encouraged the private sector companies via the regulations, especially in the fields of production, transmission, distribution and trade.

Following these new market regulations, the distribution of natural gas in Turkey is now handled by the private sector, with the exception of İGDAŞ in Istanbul, which belongs to the Istanbul municipality, but this company is also about to be privatized.

1987 was the year that the first natural gas was supplied to Turkey from the Russian Federation, and at that time BOTAŞ was fully responsible for importing natural gas, as well as the distribution and wholesale in Turkey.

In accordance with the Natural Gas Market Law, BOTAŞ released a portion of its import contracts to the private sector companies.

Turkey assumes it as its mission to meet increasing energy demand in a sustainable and reliable manner. Turkey is positioned in a strategic area where the supply and demand for energy is considerably high.

There are a number of energy sources supplying gas to Turkey but the country needs to find additional ones. We have some projects to tackle this issue; one of them was the Nabucco project, which was supported by the EU.

This project was meant to create a transit pipeline in order to meet the EU’s demand for gas, which was planned to be supplied from the countries east of Turkey.

BOTAŞ was a partner in this project, but the adequate natural gas sale and purchasing contracts between the source and the consumer countries have not been executed, so this project has not been realized.

BP has 12% of shares and Socar has 58%. We have already completed the land acquisition process for 700km of pipelines and the groundbreaking ceremony has taken place, with attendance from both Turkey and Georgia.

We aim to complete the construction phase in 2018. The first phase will be operational to supply gas to Turkey, and the construction of the remaining part of the pipelines will be completed by the end of 2019.

In accordance with the production plans in Azerbaijan, the total volume of gas to be transported through TANAP will be 16 billion cubic meters.

This is obviously a huge project, which is very much beneficial to Europe, and you’re working alongside giants like BP and SOCAR. What message does this project send about BOTAŞ’ capabilities to deliver large-scale projects?

BOTAŞ has built 13,000 km of high-pressure transmission lines in Turkey and is responsible for operating this 13,000 km, including nine compressor stations, measuring stations and peaking stations.

With the experience of nearly 30 years in the natural gas sector, BOTAŞ is one of the key providers of human resources and expertise to TANAP.

Turkish Petroleum International Company (TPIC) has been under the ownership of BOTAŞ since 2013. How has this change in ownership enhanced the capacities of both BOTAŞ and TPIC to compete internationally in fulfillment of Turkey’s energy ambitions?

As you know, TPIC was a subsidiary of TPAO and was later transferred to BOTAŞ. TPIC is planned to be involved in the upstream projects, especially in the exploration phases.

We had some prospects in Iraq and Colombia as well as in Libya, but these projects have been suspended due to internal conflicts.

While benefiting from TPIC’s experience, we are trying to do business in fields where exploration is needed, such as Africa.

In Turkey, we are aiming to get involved with exploration towers, and alongside TPIC we are a subcontractor in oil and geothermal exploration.

It is clear that TPIC will add much to BOTAŞ’ existing pioneer role in the Turkish energy market and to our strategy to become a significant player in international markets with our projects that aim to turn Turkey in to an energy hub.

One of the big priorities for Turkey’s G20 presidency is global energy security. What can developing nations and even other G20 nations learn from Turkey’s own approach to enhancing its energy security, and to what extent can Turkey serve as a model to these countries?

Turkey makes all the positive efforts it can to provide needy countries with all the necessary support.

Turkey’s basic principle is to build reliable and sustainable relations between countries and also to remove the energy source issue as a cause of war.

Energy sources should be used as a tool for peace.

In order to unify this network we started building a pipeline from Turkey to Syria. Our aim was to transport energy in a reliable and sustainable way through Turkey.

Unfortunately, due to the domestic conflicts in Syria, we could not complete this interconnection. Iraq is also a very important potential resource but it lacks stability at the moment.

We want everybody to benefit from these projects.

It’s clear that Turkey and BOTAŞ are very central to the energy security issues that are going to be discussed at the G20 this year, and it’s great that we came here today to get your insights so we can feed your comments into the general discussions. Any final thoughts you would like to add?

Turkey is a reliable and sustainable route to supply energy to Europe; we are ready to do our duty as BOTAŞ, and as Turkey.

As underlined during high-level ministerial meetings between Turkey and the relevant countries, Turkey always emphasizes that we don’t want to create problems but facilitate solutions in order to use the most feasible route to construct, since construction has a cost and this cost directly affects the economy.

So we always explain our position transparently and objectively.

We want energy to be used as a tool for peace. As you know, there has been an historical problem between Turkey and Greece, but we completed the natural gas pipeline system to connect our domestic natural gas network to the system of Greece.

And now we are delivering natural gas to Greece.

14 billion cubic meters of gas imported from the Russian Federation comes from the existing western route and pipeline system put in operation in 1987.

Turkey’s Marmara region is the area with the most intensive energy consumption and demand. So, energy supply security is very important for this region.

Recently, Russian President Vladimir Putin declared that the South Stream had been cancelled and instead, Russians want to build an alternative project through Turkish territory and they called this project Turkish Stream – as named by President Putin.

Now the project is in the phase of assessment and pre-engineering. It is declared by the Russian side that the natural gas supply through the existing western route transit pipeline in Ukraine will be ceased after 2019.

Our aim in this project is to secure the natural gas supply to Turkey.

We aim to establish an energy hub in Turkey. So, we are open and we consider all reasonable projects. In terms of supply security, we need to establish additional capacity of underground storage.

In this regard we initiated the Salt Lake Underground Gas Storage Project. The implementation of this project has already reached 60% level.

There, TPAO has a storage capacity of 2.6 billion and there is a project to expand its capacity to around 4.5 billion per year by 2019.