Mango Suites is an exclusive Boutique Hotel located in the quiet residential neighborhood of Paraíso in the Capital city of Equatorial Guinea, Malabo. Josué E. Edu, General Manager of Magno Suites Equatorial Guinea talks to Globus Vision about the potential tourism in the country 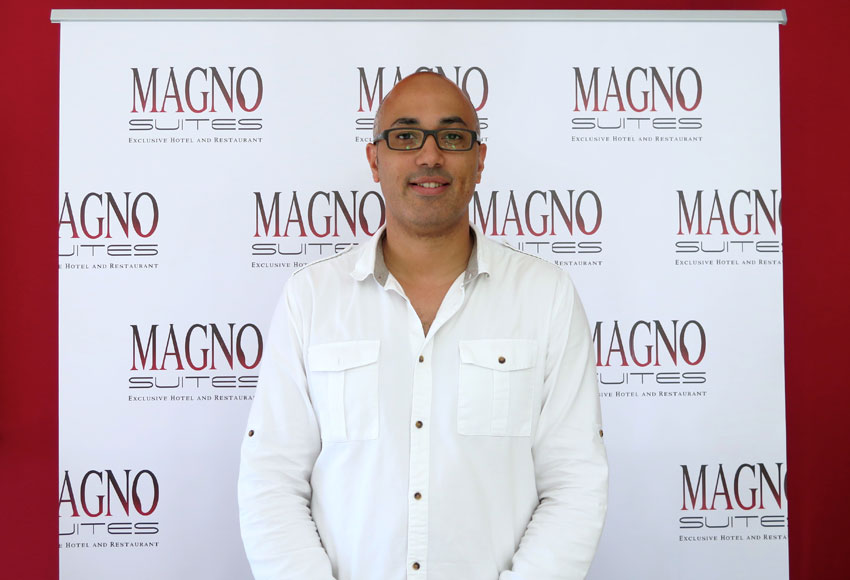 The exploitation of oil in Equatorial Guinea has given the country the necessary resources to invest in infrastructure in the region. As an expert in tourism, what kinds of innovations in infrastructure do you think that would be outstanding to develop the tourism sector?

The truth is that over the years we have been exploiting oil, great progress has been made in all infrastructures in general, from airports to highways, especially not only in terms of the island of Bioko but nationally. There are some outstanding things, because you never finish organizing everything you want, but it is true that a new airport terminal is already being discussed, which will be built shortly and will also help, as long as there is more passenger traffic, which is ultimately what we want, because we also need, in that regard, to attract more tourists and increase the volume of guests, from the standpoint of hotels.

What is the potential of the tourism sector in Equatorial Guinea?

It has considerable potential, since the resources at the level of basic infrastructure are covered, and they even exceed basic infrastructure in many areas. But it is true that what we would like above all is to strengthen the relationship with Foreign Affairs at visa level, so that the flow becomes real and it can be channeled in a more orderly way so as to be better to attract tourists, who in fact go to other neighboring countries, either Cameroon or Angola, which are much more established destinations. In general we know that obviously it is complex for us to be on the map of tourism, although the first steps are being taken from some embassies.

To date the majority of tourists, by definition, are business travelers. But it is true that occasionally a tourist - which we may call regular somehow - gets to the island of Bioko. What is important above all is that at the level of specific tourism, ecotourism would obviously be a niche market, especially for the island of Bioko. This without ruling out other tourists at the level of health tourism, as they also have the hospitals of La Paz, and obviously also when the city of Oyala is ready, where important health infrastructures are also planned.

A priority is also to develop human capital for the tourism and services sector, how do you train your staff at Magno Suites?

We do internal training, ours, because the standard that exists in general in the country is somewhat deficient, so we have chosen a more comprehensive training, to make people really understand the needs and requirements of each of the positions we offer at our hotel.

Tell us about Magno Suites, in what ways are you different from other local hotels?

Our niche is a secondary sector which is not aimed at large hotels, since we offer personalized service and we like to have a much more direct contact with the customer. And that makes us unique. It makes us much more flexible, we have immediate availability so we can resolve any issues immediately. But it is also true that there are people who are looking for other kinds of services we do not have, like a swimming pool, which we do not have at a public level, but which is always compensated with a range of services that are much more powerful than those of the rest of the hotels .

Here we have all the basic services that any great chain may have, that is, we have a nice lounge, a terrace, a restaurant and obviously we have the rooms. Therefore, being a hotel by definition, in every room there is television service, internet access, a small refrigerator and a safe. But it is important to note that the service always goes far beyond the minimum being sold, since we have a lot of flexibility in this sense, we always like to give a little more, that is, we have phones for customers arriving, we provide pickup service at the airport, etc.

We know that you are a born entrepreneur, what is the next step? Do you have any plans for expansion?

For now we have to finish consolidating this business, much of which has already been achieved, but as a form of precaution we will continue working over the next two years, and from there, anything is possible, we are not closed to the idea of opening a second hotel, because we want to extend our service which people obviously like, because it has enough pull between nationals and expatriates. Therefore, why not offer it elsewhere in the national level?

What invitation message would you like to send to our readers so that they come to visit Equatorial Guinea or to do business here?

On the one hand I would say that Guinea, after all, we know the impact of oil on the domestic economy, which is quite dependent on it. The good thing is not over, it is like any country undergoing a period of crisis, but I think that within the next five years, the national economy will continue way up, so if someone wants to invest in Africa I think this is a good place. Especially because of the cultural links with Spain, it is as good a solution as investing in Latin America. And I would tell them, of course, to come to our hotel, since the service we offer is much more personalized and, in many ways, better than any hotel that can be found in the capital Malabo. The good hotels available belong to large chains and although they have many good things, they also have their weaknesses; because for them every person is one more client and instead, here, every client is a friend.