Industrious, well-connected, and extremely beautiful Nagano Prefecture in the center of Japan is focusing on collaborations between government, industry and academia to maximize its strengths and create new opportunities for business. Governor Shuichi Abe highlights what makes Nagano so appealing as a home and place to work. 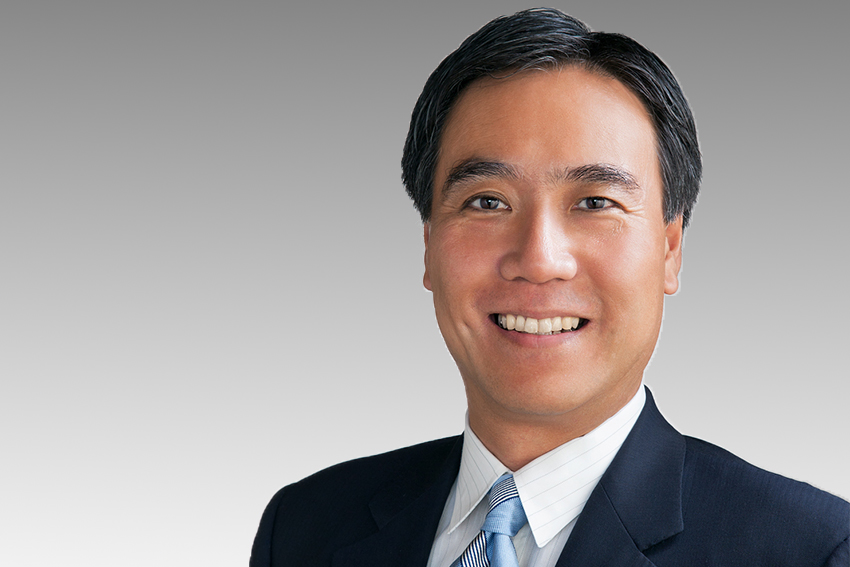 What impact would you say has Abenomics had on the prefecture of Nagano?

Looking at Japan as a whole, I think that we are beginning to see some very positive outcomes from Abenomics. For Nagano Prefecture, manufacturing is a big part of us, so we see strong growth and a positive effect in the exporting industry. We felt this positive impact, especially, when our ratio of job openings to job seekers grew to 120%.

Going from there, however, we do still have disparities from one industry to another. Not all industries are seeing a positive outcome yet, but overall performance figures have been going up, so companies are increasing their capital investments. I wouldn’t say that it’s enough yet and I wouldn’t say that we have a perfect situation, but we are definitely seeing benefits.

You are about half way through your second term as governor. What would you say have been your biggest accomplishments thus far?

Nationwide right now, we are promoting cooperation between academia, government, and industry. One of them is a collaborative R&D program conducted at the Global Aqua Innovation Center of Shinshu University. This was a program that Nagano Prefecture, industries, and universities collaborated on and proposed to the national government.

This project is targeting the worldwide problem of polluted water. There is not enough usable water available in the world. Of course, Japan has enough water, but there are many countries that don’t. This project is aimed to purify polluted water and seawater and to turn them into drinking and industrial water. We are using nano-carbon technology to do that.

This is a collaborative project. The research has just begun, but Nagano Prefecture is working together with private companies. Some other participating organizations are Toray, Hitachi, Showa Denko, and Shinshu University. It’s a collaborative undertaking.

As you look to 2016 and beyond, what are your top priorities in terms of increasing economic growth in Nagano?

Each field has its own priorities, of course, but for the prefecture as a whole, one thing that I’m particularly trying to promote in Nagano Prefecture is education. Another priority for us is to promote industry through projects like the Global Aqua Innovation Project.

We are establishing a four-year college, where the chairman is going to be Mr Kunitake Ando, who used to be the president of Sony Corporation. This is going to be a new prefectural college where we are going to cultivate, educate and train young people, who are going to be able to be players on the global stage. We are working together with industries to do this, to create people who are innovative. All of the first year students will live in the dormitory, which is something that’s very unusual in Japan. Also, it will be mandatory for all students to go overseas at some point in the program.

Highly capable human resources are among the first things investors look at when deciding where to make a new factory, a new investment. What are some of the reasons you would say that investors and multinational companies should be looking at Nagano when they’re looking to set up operations or invest in Japan?

As you probably know, Nagano Prefecture is in the middle of Japan. Geographically, there is the advantage in the convenience of transportation. The Hokuriku Shinkansen already goes to Kanazawa, but in the future it’s going to be connecting to Osaka as well. We are going to have a new linear Shinkansen in Japan that’s going to run between Tokyo and Nagoya. Also, 11 years from now, we are going to have a station in Iida, which is in Nagano Prefecture. You’ll be able to go from Tokyo to Iida in 45 minutes, taking the Maglev train. You’re going to be able to get to Nagano Prefecture in less time than it takes you to cross Tokyo, which has very crowded traffic.

There are people already who live in Karuizawa, Sakudaira and other parts of Nagano Prefecture who commute to Tokyo. The cost of living and housing is not cheap in Tokyo, but in Nagano Prefecture, land is cheap, the scenery is beautiful, and so we want to take advantage of those things. We think that it would be an optimum area for people to be able to commute between the two.

Also, we are a heavyweight in manufacturing. Right now we have more and more companies concentrated in our prefecture. Especially, in the fields of electronics and information technology, shipments of manufactured goods are ranked second in Japan. In that sense, if people start investing in these industries, I believe that we can further carry out research and development through the synergy effect.

Minebea in Nagano Prefecture has the Guinness world record for having the smallest ball bearing in the world, and I used to carry one in my pocket. We are also home to headquarters for world-renowned companies such as Epson, a manufacturer of inkjet printers, and the VAIO Corporation, a manufacturer of computers.

What opportunities do you see in Nagano in the TPP that you’d like to highlight for American readers, investors?

There is a lot to highlight, I think, but there are two areas I would like to focus on.

We also have snow monkeys, the world’s only monkeys that bathe in a hot spring pool, the national treasures Zenkoji Temple and Matsumoto Castle, and 85 ski resorts that are enjoyable for both ski enthusiasts and families. You can tell the level of the ski areas in Nagano Prefecture by the fact that the 1998 Olympics and Paralympics were held in Nagano Prefecture. Unfortunately, when you look at the number of overnight tourists from overseas, we are not among the top prefectures. However, excluding the Tokyo metropolitan area and Osaka with many overnight business travelers, Nagano Prefecture comes fourth in the number of overnight visitors in Japan, outnumbering Kyoto, which is the destination of many overseas visitors. Nagano Prefecture has many attractive tourism resources yet to be discovered by foreign visitors, and we need to make more efforts to promote our prefecture to overseas visitors.

We would like to get more industry moving into Nagano Prefecture, and so we are prepared to offer up to 1 billion yen to any aerospace companies that are willing to set up operations.

You did touch upon tourism and the amount of opportunities that exist there. Especially in America, because of the ‘98 Olympics, Nagano is a familiar name. How are you maybe working to leverage that?

I think there are big business opportunities for us in having more foreign visitors. I would very much like to have Nagano Prefecture be a base for outdoor activities, taking advantage of our beautiful natural environment. As you may know, the Winter Olympic Games will be held in Pyeongchang, Korea, in 2018 Then the Olympics will be held in Tokyo in 2020, and the Winter Games again in Beijing in 2022. We think that during this period of time, in those three Olympic sessions, we are going to see a huge leap in sports activity in eastern Asia.

Up until now, people haven’t seen East Asia as a good place for winter sports, although we do have some winter sports areas in Japan. You don’t think of China or Korea as places where you go to enjoy snow sports or winter sports, but with the Olympics coming up in these two countries, we believe that this whole region is going to be seen by the world as a belt for winter sports.

We want to put a system and infrastructure in place, for skiers to come from the US and Europe to enjoy snow sports. We would also like to create more liaisons, more ties with snow resorts in the US and in Europe. To that end, I think we have a lot to learn from Europe, so I went to Austria and to Switzerland to have exchanges with them and learn about their facilities.

You travel frequently around the world setting up these sister-city programs, these exchanges. How important is this personal touch that you bring to the governorship to building sustainable relations with these countries and regions?

Nagano Prefecture has sister-state agreements with Missouri State in the US, and Hebei Province in China, and has had exchanges with them. This year I am hoping to visit North America, where next-generation industries have developed. We would like to strengthen economic ties with them. Whatever happens, I think that meeting face-to-face and having that personal element is extremely important.

What is the brand of Nagano that you would like G7 leaders to think of?

The other is to be one of the healthiest regions in the world, with the longest life expectancy. The average life expectancy in Nagano Prefecture, for both men and women, is over 80, which is the longest in Japan. In fact, Nagano Prefecture is Japan’s largest producer of lettuce and celery, and the second largest producer of apples and grapes. We are one of the leading producers of highland vegetables and fruit. We are also the largest consumer of vegetables in Japan, which probably contributes to our healthy and long life. I guarantee you a healthy and long life if you come to Nagano Prefecture.