The land of contrast and diversity

Managing Director of Turismo Chile, Andrea Wolleter, gives United World insights into the unique experiences an international traveler can live in Chile. She elaborates on the priority markets with a special focus on the United States, as well as the importance of diversifying its tourism offer, overcoming seasonality and attracting more high-end tourists. 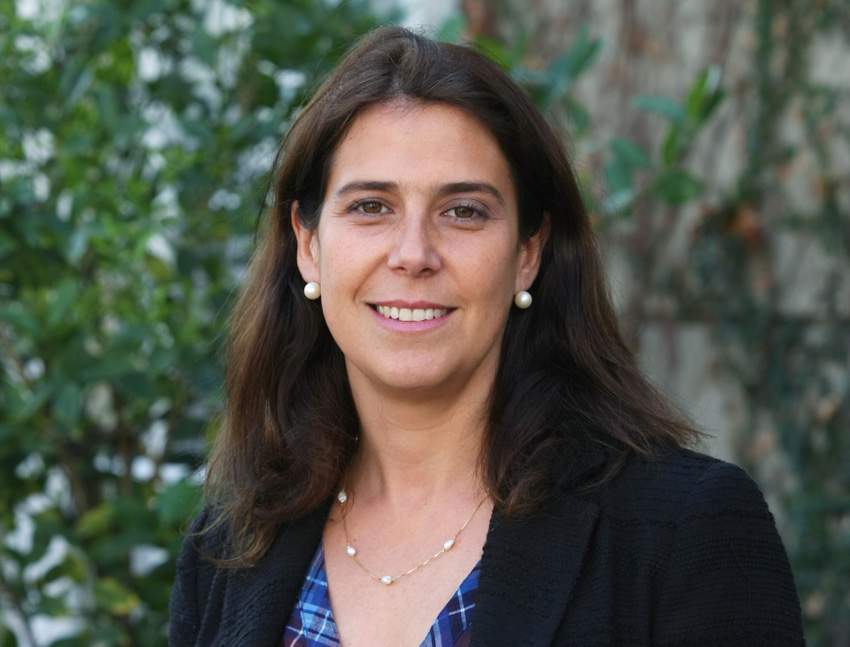 Tourism sector is one of the strategic vectors for Chile’s economic development. Please tell us about the significance of tourism for Chile?

Tourism has been acquiring an increasing importance in the Chilean’s economy, becoming the fourth exporting industry and generating an income of over 2.5 billion USD, contributing with a 3.2% to the GDP, and attracting 3.6 million tourists in 2014.

How would you assess the 2014 results in the tourism industry? What were the main activities carried out by Turismo Chile?

2014 has been a very intense year during which we carried out many activities with a 12.5m USD budget. We have 12 target markets that have been divided into 5 different categories according to the number of arrivals and the money spent by the travelers in our country.

Our main goal is to direct our investment towards the final client, for him to get to know Chile, the experiences our country offers, and the different destinations available. Among the target markets, we give priority to the USA and Brazil, where we invest a significant part of our budget. Nearly 1.5m USD is invested in each of these countries, only for the promotion directed to the final client.

What are your priorities for 2015?

We are primarily focused on the combination of markets that account for 80% of the arrivals to Chile, and at the same time represent more income, as those travelers spend the most in our country. With this goal in mind, we face two challenges: firstly, to promote in markets with high revenues; and secondly, to diversify the offer of the available destinations for both short and long distance markets.

In Chile we offer experiences for all tourist segments: from high-end travelers to back-packers. For high-income tourists, we have a very interesting offer of high-end hotels, which are based in natural luxury and particularly appealing to travelers concerned about the environment. For example, at the Torres del Paine national park, San Pedro de Atacama and Easter Island, you may find sustainable hotels built in harmony with the environment and allowing the traveler to connect with nature. The main goal is for the tourist to have an exclusive experience.

One of the main problems in the tourism industry is the seasonality and territoriality. What is Turismo Chile doing to diversify the offer and address these issues?

Indeed, 70% of tourists are concentrated between the months of October and April, and in winter we experience a considerable drop in arrivals. For that reason, we have launched various campaigns promoting Chile as a whole year destination, extending the tourist seasons throughout the winter months. We are also strongly promoting our skiing season, with a special focus on Brazil where the high holiday season is in June, July and August, when it’s winter here in Chile.

What is your vision for the Chilean cuisine? Do you think Chile may turn into an international gastronomic power, like Peru is currently doing?

I believe it is possible. Chile has everything it takes to become a gastronomic power, especially excellent fish and seafood, which is due to our 6,000km long seacoast. At Turismo Chile, we give special attention to our cuisine, as we believe it is a good complement to any experience in the country. Outside our borders, Chile is well known for its nature, adventures and wines; our cuisine complements all these experiences. Even though travellers may come here looking for nature, they will always want to try good local food. Besides, our gastronomy is related to our culture: the Mapuche’s cuisine, the Atacama’s cuisine in the North, or the one from Easter Island, are some examples that give a unique touch to our tourism offer.

Regarding wines, one of Chile’s greatest potentials, do you cooperate with wine producers in terms of promotion?

We work directly with some vineyards because we believe wine is one of the incentives to discover our country and we must take advantage of the growing wine tourism offer. Nowadays, there are 11 wine routes in Chile with spectacular vineyards open to the public, offering special tours. Besides, the offer is really diverse as some vineyards have traditional houses from the last century, while others boast a very modern architecture.

Could you elaborate on the importance of the U.S. market for the tourism industry in Chile?

The United States is a priority market for us and we have been actively promoting there for many years. In 2013, we made a record investment of nearly 2m USD in the United States.

We have very good connectivity with the U.S. and it is constantly increasing due to airlines that are already flying to Chile, such as LAN, American Airlines, Delta and from recently United Airlines. In 2015, we expect a 16% rise in the offer for travelling from the U.S. to Chile. The new United Airlines route between Houston and Santiago will contribute to this growth, but there are also other airlines starting to use bigger planes or increasing their offer for direct flights (for example, LAN is adding new flights to Miami). This generates a significant growth and we need to capitalize on it.

More important news is that in October 2015, Puerto Varas in Chile will be hosting the main adventure tourism summit in the world, organized by the Adventure Tourism Industry Association (ATTA). It is a very important event in our industry during which we expect to host 700 participants, most of them from the U.S. This event will, undoubtedly, be a great opportunity to showcase our country to the American market.

What were the main initiatives that you undertook in 2014 to promote Chile’s tourism offer in the United States?

The main activity we had in the U.S. was “Chile Week” at New York’s Central Station. We built a giant box that really drew attention and in which people could enter to live the experience of Chile. This activity was accompanied by a viral marketing campaign on the social networks. At the same time, we ran an important campaign in New York’s cabs, which were playing promotional videos about Chile on their screens for passengers.

Another important activity was the alliance we built with Columbia University in New York. It was initiated in September 2014 and will last for 12 months. In this campaign we’ve been working with students, alumni and teachers, and Chile is promoted on billboards and through videos during football and basketball matches, as well as through social networks and magazines. We will deepen our relation in the future because we are really happy with this campaign.  It is a different challenge to work with a specific sector where we know we are reaching directly the U.S. market with a very good income level.

In 2015, our main focus will be on advertising in New York and the West Coast, San Francisco and Los Angeles.

What are the U.S. tourists looking for when they visits Chile? What is the usual tour they chose to make?

We receive around 160,000 U.S. tourists each year, which represents 4.4% of total arrivals. U.S. tourists usually come in search of nature, adventure and wine; those are the three things that draw their attention the most. Usually they don’t have many holidays and, therefore, their trips last between 7 and 10 days in average. Moreover, American tourists normally don’t combine their journey to Chile with visits to other countries in the region. They also look for security and comfort. They look for adventure, but they greatly value good hospitality and good service in a country like Chile. Usually they are high-end tourists and they are among the top five spending countries in Chile.

Typically, American tourists first visit Santiago and then they go to the lakes or volcanoes region, after which they end up in Patagonia visiting the Torres del Paine Mountains and national park. In 7 days, it is impossible to visit the 3 main destinations in Chile: i.e. San Pedro de Atacama in the North, Easter Island in the East and Patagonia in the South. That is why they tend to choose one of these 3 options.

Besides, we are promoting other destinations, such as Aysén (North Patagonia), which is wonderful during every season of the year (in autumn it is as colorful as the most beautiful parts of Canada). We are also promoting Chiloé, an attractive island with its particular palafitos (typical houses built in the water) and churches that have been declared UNESCO World Heritage Sites. At the same time, we invite U.S. travellers to visit Santiago and our wines routes near the capital and Valparaíso, another UNESCO World Heritage Site.

Chile has received numerous international awards as a tourist destination. Which of these awards are you proudest of?

The most important award was the nomination of the Torres del Paine Mountains as the 8th World Wonder by Virtual Tourist. We were extremely proud to be chosen among other 330 destinations in the world after four months of public voting.

We would also like to highlight the acknowledgment we received at the World Travel Market (WTM) in London where Chile was nominated as the Best Emerging Destination by the “Travel Agent’s Choice Award”. Also, Casablanca Valley (Valparaíso) was included in the Great Wine Capitals network. Chile was present in many other international rankings as one of the top destinations to visit in 2015, for example in the New York Times, Travel & Leisure, El País, Rough Guides, and other publications. All these awards acknowledge the work we are doing to promote Chile as a tourist destination par excellence.

What message would you like to convey to the international audience about Chile?

Our main goal is to showcase the unique experiences one may live in Chile. We want to show the world that Chile is a land of contrast and diversity. Being the longest country in the world with a unique geography, allows us to offer an exclusive natural environment, from the Atacama Desert in the North, to the Mountain Glaciers in the South, as well as lakes, rivers and volcanoes. To all of this you should add an extraordinary diversity in culture and gastronomy. What differentiates us from other countries is that all our touristic experiences can be lived in different ways and with many contrasts.