The Argentine Congress is a diverse amalgamation of various political parties and strategic alliances, creating a daunting task for any government. In the first year of the Macri administration however, the opposition-majority congress approved 87 laws with final presidential approval.  A member of the lower house of the Chamber of Deputies, Alicia Besada, is a former teacher in Buenos Aires.  Now a freshman congresswoman, she works with her governing party to build consensus within the chamber in order to advance national initiatives. 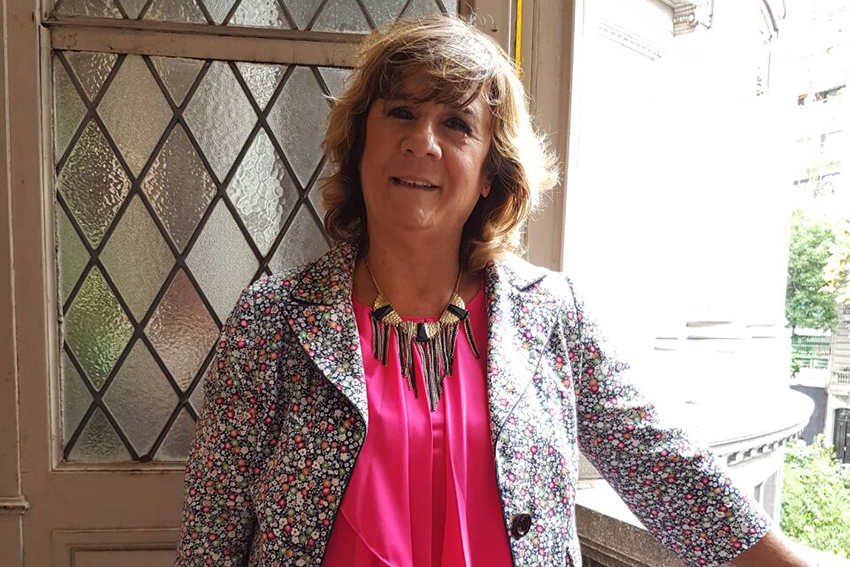 CONGRESSWOMAN ALICIA BESADA | MEMBER OF THE ARGENTINE CHAMBER OF DEPUTIES

Argentina unveiled several reforms during the first year of the Mauricio Macri administration which reawakened interest of international investors, which included an agreement with holdout creditors, passing a public private partnership law, and lifting capital controls.  All of the reforms were completed without the President’s Cambiemos coalition holding a majority in Congress.  How do you work within the Congress to achieve consensus?

The work is done through various pillars: orchestrated through our party’s leadership within the chamber, and the rest of the deputies from our bloc work hard to build consensus among our colleagues from the different blocs. We visit them in their offices, explain the initiatives we are proposing, and listen to their concerns and queries and work on how to bring them on board.

Argentina lacks international confidence in its political and economic situation due to the historical unpredictability of both sectors.  How will you convince foreign investors of the permanence of Argentina’s new model?

This is our great challenge.  Nowadays we are working to build this necessary consensus and institutions in our country for sustainable growth.  The opposition actively participates in the democratic process and makes its voice known. Our Republican Proposal party’s experience in the Buenos Aires city government is part of the bedrock of our policy for the structural changes we now seek to implement.  When we took power of the city, it suffered from many decades of neglect, and we worked day to day to improve its quality of life.  This success has made us stronger together as we now take on national goals.

How did the Republican Proposal’s (PRO) experience in minority government at the Buenos Aires city legislature prepare the party for national governance?

We have included the opposition’s voice at all fifteen communes of city administration we created for Buenos Aires.  As we worked at this initiative, I could see how the dynamic work in democratic governance was able to achieve more credible governance at all levels.  We implement those lessons now in national government.

As a congresswoman, you have traveled several times to the United States in an official capacity, including for the presidential elections of 2016. How did these visits affect your work in Argentina?

I was impressed by the tranquility and ease of the electoral process in the United States on election day. I had the chance to speak with several Americans on their experience in voting, and I found the process to be well-organized and orderly. In high election season in Argentina, the streets are dirty and filled with electoral pamphlets, and the country grinds to a halt on election day, unlike in the United States where it occurs on a regular working day.

Your message to the American political community.

Cambiemos’s way of reaching out to the people simply by knocking on their doors is a technique that is unique to our party.  We have conducted ourselves this way and it continues to be our policy of maintaining direct contact with the people and hearing their concerns even now as we are governing on a national scale, yet among all levels of the government: from the presidency on down to local municipalities.

You were once a teacher in Buenos Aires.  How has this work prepared you for your work as an elected official?

When I began working as a city legislator, one of our greatest achievements was the education reform in early childhood care centers, which we were able to establish city-wide.  Bringing this to a national scale has been a great challenge because we now seek to implement the same reforms in communities mired by corruption and populism. Despite these challenges however, we launched the National Early Childhood Plan with a national network of early childhood care centers, whose implementation has already been approved by several provinces.  We must continue our work with provincial partners in order to enforce state policies so that they may be inclusive and sustained.