Major iron ore producer Sierra Leone’s economic progress has taken a double hit in recent years with the drop in global commodity prices and the Ebola virus disease (EVD) outbreak that struck West Africa in 2014. Now EVD free and on a mission to diversify its economy, its government has made tourism one of its priority sectors for development. Minister of Tourism & Cultural Affairs Sidi Yahya Tunis explains why the country’s spotlight is now on showing its natural blessings and peaceful, tolerant society to media, tourists and investors worldwide. 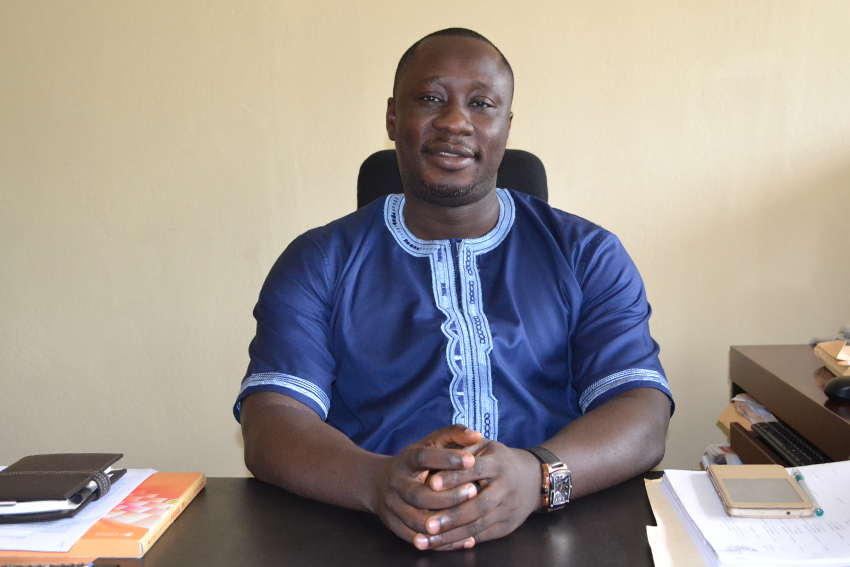 After being declared EVD free by the WHO in March 2016, Sierra Leone is showing once again its resilience, working to retake the fast development model of the years up to 2014. What are the main challenges that remain to putting the country back on the pre-EVD growth path?

The EVD outbreak clearly slowed our economic progress prior to the outbreak, but what affected our economy more so was the drop in the price of iron ore in the world market. With iron ore being our major source of revenue generation, the drop in its price coupled with the Ebola outbreak really affected us as a country.

To avoid such a recurrence, the government has now diversified the economy, focusing on those sectors that are referred to as growth sectors: agriculture, fisheries, tourism and trade. It is hoped that these sectors will create jobs for the population and serve as reliable and sustainable sources of revenue for the government. In our diversification move, tourism remains fundamental as it represents a more sustainable source of revenue for the government and a huge creator of jobs for our people.

What do you consider have been the tourism policies of greatest success in the Agenda for Prosperity, and where do you see need for improvement?

In Sierra Leone, we have a wide array of attractions that can fulfill the expectations of different groups of tourists. Whether it is eco-tourism, mountain climbing, heritage tourism, beach tourism or adventure tourism, we have them.

Our focus now is to develop a strong tourism sector that will generate revenue and contribute to the GDP of the country. It is therefore important that we identify all those factors that are impeding the development and growth of the sector. Many I have spoken with in the sector have raised the access to visas to travel to Sierra Leone and cost of travel as major challenges for tourists to visit our country. We would need to collaborate with other sectors such as the Ministry of Foreign Affairs, the Ministry of Transport and Aviation and the Immigration Department to deal with such issues.

In our engagements with these sectors we will suggest online visa processing for international visitors and even visas on arrival for some countries, but these are things we will discuss to find solutions in a collaborative manner.

Airlines connections play a fundamental role in attracting visitors. KLM just announced that they will be flying to Freetown next year. When do you expect other main airlines, as British Airways, to come back? How are you working to attract other major players, such as Turkish Airlines?

In order to attract more international airlines, we need to continue with the rebranding of our country and continue to communicate our economic recovery strategy to investors and partners. Investors out there must know that the EVD outbreak is over and that our country is stable and peaceful, with good laws and concessions to attract foreign direct investments. We are glad that KLM is back and will have direct flights from Amsterdam to Freetown. Not only because of the increased number of visitors they will carry, but also because of the powerful message they are sending to the world: that Sierra Leone is safe and worth investing in.

It is our hope that more airlines will also start operations in Sierra Leone, which will increase air traffic to the country and hence more international visitors and potential tourists. I was just reading the news when our ambassador accredited to Turkey went to present his credentials, the President of Turkey talked about opening an embassy here and Turkish airlines operating in Sierra Leone. That will also open up a new route to our country when it happens. We are optimistic about increasing our international tourist numbers in 2017.

With over 350km of prime beaches, Lonely Planet described Sierra Leone as West Africa’s secret beach destination. What do you consider that are the top three beaches in the country?

First, I would categorize our beaches in two: the easily accessible beaches and the ones that are not so easily accessible because of their location and terrain. In terms of beaches close to Freetown, I would say River Number Two, Bureh Beach, and Lumley Beach, in that order.

However, it is when we go outside of Freetown that you will understand why I use the slogan “Sierra Leone: The Hidden Paradise”. We have beaches in every district in this country and many have not been touched or developed. Outside the peninsula you see islands with beautiful seafronts that you can reach by boat, Banana Island being the most famous one. Personally, I fancy the Turtle Islands in Bonthe District, an archipelago of seven islands where have just discovered a 60km stretch of beachfront.

Of course, tourism is not just about visiting a beach. Eco-tourism also plays an important role here. For instance, tourists to Lake Sonfon in the Kabala District can also enjoy the Korankos folklore about that lake. What are the main eco-tourism potential destinations in Sierra Leone? What do you consider that are your main assets?

Indeed, the cultural and traditional practices of our tribes are another important touristic asset we have. In Lake Sonfon, you find nature, flora and beauty combined with a wide array of birds. Tiwai Island is another must-visit island for nature lovers and eco-tourists, with its incredible biodiversity, including different primates and pigmy hippos.

One of the most interesting activities we are looking forward to promoting internationally is the New Year’s Day climbing of the Kabala Mountain in the Koinadugu District. We already have climbers coming from different parts of the world every year to experience it. It is relatively easy to travel to Kabala by car, thanks to good road infrastructure.

As a Ministry, we also have our calendar of events to develop and promote our culture, such as our annual Sierra Leone carnival that we organize during our independence celebrations, the Diamond Fest in December, and smaller cultural activities organized in districts throughout the year. We have almost completed the construction of the first Cultural Village that will serve as training center for our culture and tradition. We will soon commence the construction of our national arts gallery. Our national museum and railway museum, which form part of our history, have just gone under rehabilitation this year and have been officially opened to the public.

Finally, I would like to mention Bonthe Island, a place full of history and colonial architecture, being one of the places that Queen Elizabeth II visited when she came to Sierra Leone.

What is the final message that you will like to convey to readers?

In addition to all the tourist attractions I have mentioned, our unique features make us the preferred tourist destination: our religious tolerance, for instance. Our country is one with the highest religious tolerance in the world. We have a strong inter-religious council where our Muslim and Christian leaders engage in regularly. Every function we go to, we offer Muslim and Christian prayers, especially during state functions. In this country, you see Muslims and Christians living side-by-side, celebrating inter-religious marriages. You have different tribes celebrating marriages between them without conflict too.

Sierra Leone is a peaceful and stable country that has already had three democratic and transparent elections after the end of our civil war 15 years ago. We are one of the leading democracies in Africa. This is one of the few countries you can find in the world where you can travel the length and breadth any hour without hearing a single gunshot.

Our government is focused on developing the country, improving the existing infrastructure, building new infrastructure, and creating the required enabling environment for the private sector to grow and create more opportunities for our citizens so as to move towards becoming a middle-income country.

The government also respects the rights of its citizens, which is why the environment is created for everyone to express themselves freely, but responsibly. We are ready not only to receive tourists who want to come and relax, but also investors who wish to allocate their resources in investments in the sector

I would like to finish by inviting everybody to come and discover Sierra Leone, the hidden paradise.