Revolutionary water, made in Japan

The Worldfolio interviews Mr. Toshiharu Fukai, President of Sosei World, which has developed a revolutionary water that can be used as a powerful cleaner and even used to power engines. 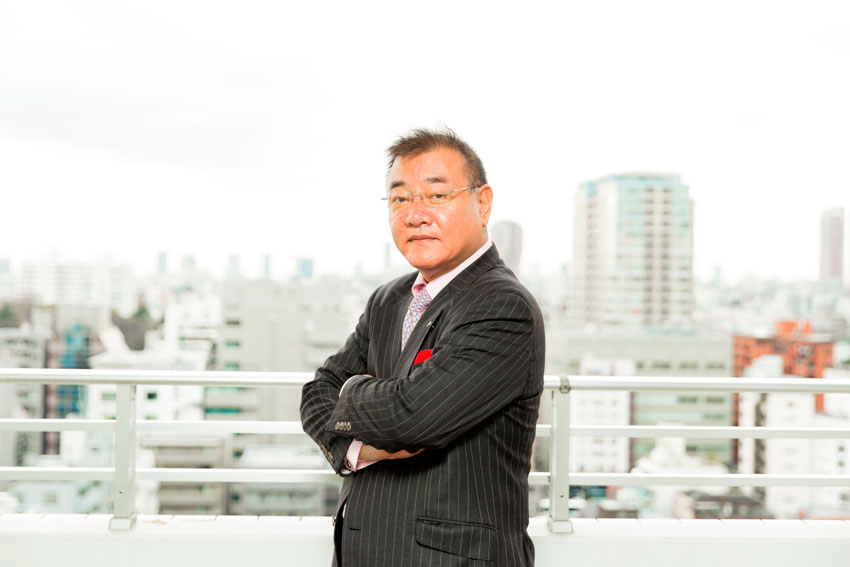 One of the main topics in the last two years has not only been if the oil is going to be over or not, is how are we going to diversify into reliable sources of energy? The question is not where to get the energy; the question is if it’s going to be reliable. Can you please give us a little bit your perspective into what reliable energy means and how can we diversify within the sector?

My belief is that water can become energy. That’s my belief. Like when we eat food, it burns within us and then becomes energy. However, in 20th century, in order to separate H2O, you need energy, almost 3,000 to 4,000 degrees, and that is the preconception that we all have. Everybody thinks that water cannot be burned. However, in terms of the law of energy conservation, I really think we can overturn this belief. Rain, snow and water that are surrounding us can be turned into substitution of gas.

We have to pay attention that we are not trying to put pressure or to change the chemical constitution of the water. We just create the water, within the law of nature, and then that kind of water can be turned into fuel.

How did you come up with this Sosei Water, and why is it so important?

I’ll just give you an example. This is from a professor’s speech at the World Water Week in Sweden, Stockholm. We cannot be worrying about cleaning something that’s become dirty, but we have to think about not tainting things at all. There’s a vicious circle in creating profit from tainting water and by cleaning that tainted water, there’s profit made. That is a vicious circle. The society has to be converted into the one which we don’t taint the water at all.

The water that I have developed is produced by plainly letting the water go through the normal pressure and it doesn’t give any extra pressure on the water. In any faucet, the device can be attached and then you will have this better water coming out in baths and also kitchen faucets and any faucets in the household as well as in businesses.

Here in Japan actually, there are many food service establishments as well as cleaners and beauty parlors, as well as ordinary homes that use this water. Now they can remove oil stains without using any kind of detergent whatsoever. Like in beauty parlors, by washing the client’s hair with this water without using any shampoo or conditioner, the client’s hair will become as soft as it had been treated with many treatment devices. Also, at cleaners, they don’t use any detergents or dry cleaning solvents and they clean their customer’s clothes and give them back to the customers.

There’s actually a Laundromat that uses this water, and there, they don’t need to rinse because there’s no detergent used. Customers can get their washing done in half the time, so this Laundromat is making a lot of money. Of course the households, their water consumption is reduced, hence that, and of course in businesses. These are contributing to the reduction of CO2. For example, if you're using shampoos and detergents, CO2 generated by the elimination process of these detergents can be eliminated. Thanks to the water, you really do not need to use any of these cleaning supplies.

In terms of CO2 emissions reduction Sosei Water goes beyond, with burnable water that works in car engines?

The next step that I did was to try to use this water to burn the fuel and make the engine work. There is a tendency here in the world to come up with emulgent fuel. That is to mix the water and oil and emulsify those too and then, thereby burning it. However, everybody has failed in this process. However, this way of creating fuel kills the water, the life that’s within the water so it will become a vicious circle.

If you put something incombustible into the engine, to a car or diesel engines, it will stop naturally. However, our theory is that the water can be burned. What we do is to put water as an alternative, alternating with gasoline, so water, gasoline, water, and gasoline. That’s how we do. The moment you put it in, the water activates more than the gasoline. Let’s say in an engine there is 100 parts of gasoline and it works normally. With Sosei Water if you put 10 parts water then 50 parts of gasoline, it will run as well and reduce CO2 emissions. That means 10% of this water can be a substitute of 50% gasoline. That means the water can generate five times more the energy than standard gasoline.

I would like to go first to the function of water. How you're getting to this? Where the inspiration comes from? How do you turn the water into this specific function of water and basically, how can somebody else do it in a practical manner?

Some people get pleased and some people don’t when I talk about this stuff. I’m a Buddhist, and that’s how I came with this idea. I’m not a scientist. The starting point was the question, how to protect this planet, this earth and this nature. Since I lost my daughter, and then my father to pancreatic cancer. I started thinking, what is life? Then, I was at the Buddhist temple and was contemplating a lot about this. I came to the realization that the start of everything is the big bang. When everything was created, it was all hydrogen. Then hydrogen got together to create life.

How does this water work as a detergent or soap as well?

There’s no secret whatsoever. For example, if you shake this water, it will become milky. The reason is very simple. It’s sodium, but there’s no calcium and magnesium in the water. When you put grease or oil in there, the sodium and grease will bond and become soap, and then you can rub your face, or anything else.

This water will then revolutionize the market in several manners. It is a product with great commercial possibilities.

I don’t sell water though. I donate. I give it for free. I send water to the UK or the US. I charge the shipping and the bottle and the box, but the water is free. I decided not to sell drinking water because I think everybody in the world has the right to have nice drinking water. I find it unfair that we in the industrialized nations taint the water and then those who have money can have access to clean water, and those who don’t have money don’t. That’s why I ship water for free.

You belong to a new generation of Japanese innovation, a fresh start not afraid of risks and committed with sustainability. Do you believe Japan is set to lead the development of new technologies such as this one in the XXI Century?

You have said it right, exactly right. I think the 21st century for Japan especially would be an era of innovation, not renovation or modification because in the 20th century we modified what existed and produced something superior. However, in the 21st century, we have to create from scratch and then come up with new things. The common sense in the previous days is gone, and the new innovation in technology that would change the world will emerge from Japan, this land of rising sun, so many surprising technologies will emerge from here is my belief.