The Upper Reach team met with Dr. Praipol Koomsup, Vice Minister of Energy of the Kingdom of Thailand. During the interview he stressed the importance of reducing the reliance on imported energy -especially imported oil and gas- by promoting the use of renewable resources such as sugarcane, waste and rice husk, and animal manure to produce biogas. Another priority for the government is conservation and energy saving, and diversifying its existing energy sources. 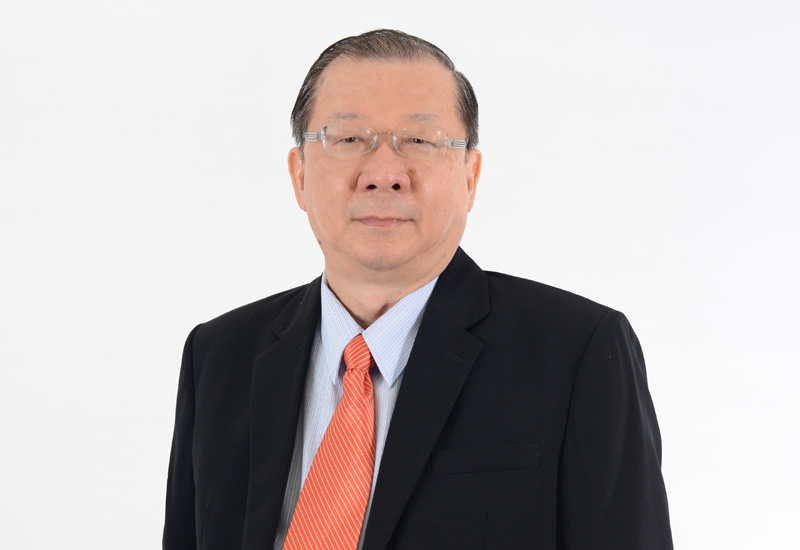 Thailand is in the crucial moment for development. In your opinion, what is the recipe for success of Thailand in the short term?

I must say that this year (2014) is not really a good year, economically and politically. But we’ve actually gained some economic growth of 1.5% even though it is lower than we would like to see. Firstly, this is because of slow economic growth in the world in general. We have to rely heavily on exports and that has significantly affected us. Secondly, it is due to the fact that the previous policies have dampened the ability of people to spend – a good example is the so-called “first-car buying” program. Thirdly, it is because of political difficulties that we have been facing in the early part of the year. As a result, the government’s spending has somewhat slowed down but that has subsequently been improved with the new government in power – it has approved the budget for the 2015 fiscal year. So, these are the three basic reasons why Thailand’s economic growth has been lower than expected.

Next year (2015), we hope that government spending will be in full force. People will start spending with more confidence. Hopefully, the world economy will recover as well. Thailand’s economic growth is expected to be around 4-5%, which is not bad.

What is your opinion on the upcoming AEC in 2015?

It will be a big plus for us for the simple reason that we are located right in the middle of ASEAN. We’ve been opening up our borders for quite some time. We have been liberalising our economy, reducing tariffs, inviting more people to invest while encouraging Thai investors to invest in neighbouring countries. Our labour cost is getting too high so we have brought in our friends from Myanmar and Laos to work in Thailand. And a lot of investors now are investing in these countries so the investment has gone on for quite some time. The opening up of AEC next year (2015) is a sort of formality —the actual economic integration has been going on for quite some time.  The fact that we are right in the middle of the region gives us a geographically advantageous position. We hope to become a regional hub of transportation. So, we think that we will be able to take this advantage to trade with others.  AEC should benefit all ASEAN countries, particularly Thailand.

In terms of the energy sector, what does the Ministry do to promote alternative energy?

The Thai governments have done a lot in the past 20 – 30 years to reduce our reliance on imported energy, especially imported oil and gas. There are a number of things that they have done. Firstly, they have promoted the use of renewable resources such as using sugar cane to produce ethanol, using waste and rice husk to produce electricity, and using animal manure to produce biogas. At the same time, research and developments have been done on new energy development. In fact, 30 years ago, we established a fund called the “Energy Conservation Promotion Fund” in order to subsidise these activities.

Another area that I should point out is conservation and energy saving, which is equally important. Here, we have encouraged people to buy efficient electric appliances, such as number-5 high-energy-efficiency refrigerators, and air-conditioners.

Thirdly, we have tried to diversify our energy sources. We are fortunate that, about 30 years ago, we found a lot of natural gas in the Gulf of Thailand and we have used it for quite some time to the point that we’ve been “addicted” to it. Recently, however, we have to import natural gas from Myanmar and two years ago we started importing it from the Middle East in the form of Liquefied Natural Gas (LNG). The imported gas costs a lot of money. So, we decided to diversify not only to renewable energy but also to other forms of energy, which is cheaper, cleaner and more stable.

We have been using a “concession system” for a number of years and we have been quite successful in petroleum exploration so far except in the last couple of years. Some criticise that the concession system is not suitable for our country and that we should change to “production sharing system”. There are still some arguments going on right now and it will be decided soon which system we are going to use.  In any case, the new round of oil and gas exploration has been announced and applications are now called for and a number of oil companies have been interested in asking for more information about the new round.

What are the figures and the prospects of power generation in Thailand?

The installed capacity right now is about 30,000 megawatt and it has been growing in terms of demand by about 1,000 – 1,500 megawatt per year. The next 20 years, we will see the growth of about 1.2 – 1.5 billion megawatt per year, which is quite sizable. Now, natural gas is used as a major fuel (65% - 70%), followed by coal (20%), other renewable sources (10%) and hydro (5%). So, we have to figure out how to reduce our reliance on natural gas because it is too risky to heavily rely on only one type of fuel. We have to try to diversify our fuel mix by encouraging people to use more renewable energy. Another alternative is to buy more electricity from our neighbouring countries such as Laos and Myanmar.

How does the Ministry plan to develop energy information through ICT?

We have a plan but it is not definite yet. It has nothing to do with technology but it is actually about the way in which we collect data, process it and disseminate it to the public, which is very important. I think we have to improve the quality, reliability and objectivity of data in order to gain credibility from people.

How do you see Thai – UK relationship, especially in terms of energy?

First of all, we have been significantly benefitted from buying technology from the UK, particularly in the area of energy. I believe that the technology in the UK and other European countries are well advanced and suitable for countries like Thailand as it is not too large and more energy efficient than that of the US. I think the area that we are interested in would be technology related to renewable energy where we can apply it to our agricultural sector, especially in farm level. A good example is a power plant not far from Bangkok using community waste as fuel, which is invested and operated by a British firm of the Sindicatum Group.

How do you feel the responsibility as the Deputy Minister of Energy and what would you like to achieve at the end of your term?

I am not only Vice Minister of Energy but also a member of so-called National Reform Council.  So, I have to work for two places at the same time. The way that the government has intervened in oil prices is good in a way. However, somehow, the political pressure that the government, particularly the elected government, feels would lead them to intervene in a wrong way such as by heavily subsidising some oil products such as diesel and cooking  gas.  Their prices have been distorted and it is a heavy burden for the government. So, what I am trying to do is to put in place, as a reform, the way in which the government is prevented from intervening in the pricing of oil in such a way that it would create damage to the economy.

Another thing we plan to improve is  to transfer all three state-owned electricity entities in Thailand (EGAT, MEA, PEA)  to be under one roof -- the Ministry of Energy (currently, MEA and PEA are under the Ministry of Interior)  This should enable them to work together more effectively and efficiently.