“A two-way road is always a useful way to cooperate”

Interview - April 2, 2013
Ravil Zaripov, Tatarstan's Deputy Prime Minister and Minister of Industry and Trade, speaks to Upper Reach about the country's vast array of opportunities for foreign investment and its push to raise IT and advanced technology levels in its industries. 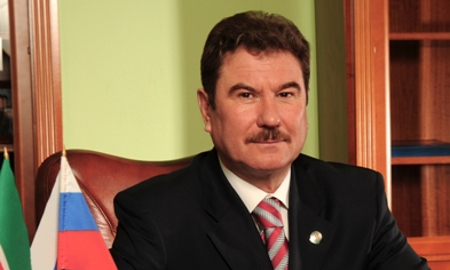 RAVIL ZARIPOV | TATARSTAN'S DEPUTY PRIME MINISTER
Tatarstan has highly developed petroleum, petrochemical and heavy manufacturing industries. Traditionally, its economy has relied heavily on these industries. But despite these industries still making up the significant part of Tatarstan’s GRP, and production in these sectors remaining high, the republic in recent years has been pushing to develop other industries so that it will become less reliant on these traditional sectors. Most notably it has been highlighting the potential for investment in the country’s high-technology industries. What investment opportunities exist in Tatarstan’s industrial sector?
Regarding the development of industry, we have defined four key areas, also called cluster approaches. Nowadays, the bases of our industry are oil production and petrochemistry, accounting for nearly 60% of the volume. Last year, the GRP of Tatarstan increased by 5.5% to RUR 1.415 trillion ($45.6 billion). The aim, set by the leadership of the republic, is to increase the amount to achieve 2 trillion roubles by 2016.
In the range of oil and oil production, we do not try to increase the volume of hydrocarbons production, but pay more attention to the deep processing of it. In other words, we will process the light oils like gasoline and kerosene, and also preparing polymers, for example rubbers or polyethylene, and their further processing as a finished product.
Stable production is 32 million tons of oil per year, and we refine half of it. So, the aim is to reach 49% usage of local petrochemical products. Therefore, we set particular conditions for businesses. For example, in a site in Himgrad we made photographic film. But then the need for these products disappeared, and this territory was used to create a modern investment Technopark. There we put in place particular conditions too, and generally business is attracted by the faster production of various kinds of products.