“More to Kuwait than just oil” 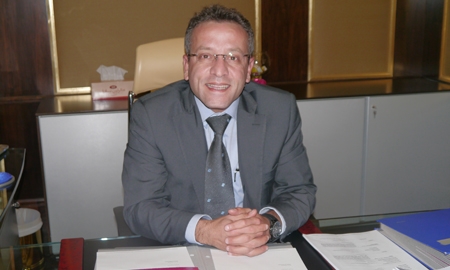 Kuwait's Emir, H.E. Sheikh Sabah IV Al-Ahmad Al-Jaber Al-Sabah formulated a 4-year development plan, which includes an increase in spending (by US$125 billion) to boost all sectors of the state's economy. What are your thoughts about this plan? What challenges do you foresee?

The development plan is good. Now, we are all waiting for its implementation. The plan was initiated few years ago. It is very ambitious and has the potential to truly transform Kuwait. However, rolling it out is quite challenging due to the political struggle between the Parliament members and the Ministers.

Kuwait democracy has an advantage over its rivals in the Gulf. Such democracy is practiced and felt in every sense. You have freedom of speech, respect for women’s rights, emphasis on human rights, and so on. This year, Kuwait will be celebrating 50th anniversary of its constitution. The challenge is to get people to capitalize on this, put all differences behind and move forward.

Many projects have been discussed over and over since the 80s and yet to materialize. Starting with Failaka Island, Madinat Al Hareer (or the Silk City), the 4th oil refinery (Al Zour), the Subiya Power Plant, etc… Then we have the Mishref Sewage Plant, which broke down 3 years ago and to this day, it has not been completely fixed. These would have all fitted well into the Emir's plan, if it had been supported by the subsequent parliaments and government. Unfortunately, this was not the case and was left for bureaucracies and personal interest to slow things down.

You mentioned conflict between Parliament and Ministry. What is your outlook for the coming elections?

We are very optimistic about it and we have every confidence that the Emir’s wisdom and vision will prevail at the end.

What potential does Kuwait have to becoming a hub for the region?

There is no denying that Kuwait has a huge potential. It can become a major hub. It has the national workforce. Kuwaitis are well-educated—which is a huge selling point in itself. The state has historically cultivated its educational system, making it a top priority. That is why it is not surprising to find savvy Kuwaitis all over the world. Kuwaitis speak a minimum of two languages fluently. These are smart, enterprising people. On top of which, the country does have money.

It can happen. Kuwait can be a hub. Starting with facilitating the access of foreign investors into the market and creating a free zone area.

How will the expansion of the airport impact Crowne Plaza Hotel’s operations?

Crowne Plaza expansion is aligned with the elements of the 5 Year Development Plan. We are expanding Crowne Plaza so that it will become the biggest hotel and convention centre in Kuwait. Right now, we have 300 guest rooms and suites.  Phase 2 will be completed gradually over the coming 18 months, starting with the opening of the largest ballroom in Kuwait (April 2012) then an additional six multi purpose convention halls, an auditorium with over 200 seats and an additional 220 rooms and suites.  Then into phase 3 with the addition of some 140 extended stay suites. In total, Crowne Plaza Kuwait will be having circa 700 rooms.

Kuwait used to be called the “Pearl of the Gulf”…

If things go according to the Emir’s plan, Kuwait will overcome everything and shine once more. Our hopes and investment go side by side with this vision.

MCrowne Plaza Kuwait is both an icon and a legacy that started in 1982 and will be celebrating its 30th anniversary in May this year. Being also part of IHG (Intercontinental Hotels Group) one of the major hotel chains in the world and number one in terms of number rooms. In Kuwait, the location of Crowne Plaza Hotel makes it easily accessible from all major highways and just a short drive from Kuwait International airport and close by all major shopping malls. If you look at the location of Crowne Plaza Hotel in Kuwait using the GPS coordinate, you will realize it is literally at the center of the country. It is an ideal venue for every visitor to Kuwait – be it for business or pleasure.

The amenities that Crowne Plaza Kuwait offers are unlike any other hotel in the country. Under one roof, guest can eat their way through 8 different specialty restaurants, conduct their meetings using our state of the art meeting and convention facilities, work out in one the biggest Health Club and unwind at the SPA Aquatonic with 650 sqm of Aquatonic pool. Not to mention the ample of car park spaces available in and around the hotel.

Crowne Plaza Kuwait has always been a success story. Under my predecessor’s leadership over the last 30 years, we have seen Crowne Plaza grow to an extraordinary and award-winning hotel,  loved by guests and employees alike. It is my privilege to be able to continue this legacy, with the support of the highly capable 1200 colleagues that share this journey with me, and the continued patronage of our esteemed guests and community.

A lot of improvements have been made during the recent years.

The hotel is now considered a destination in itself, offering both - leisure and business – travelers an unmatched experience in Kuwait.  Latest addition will be the spa rooms expected to be ready by June this year. These are 40 square-meter rooms with large bathrooms, showers and a space for spa beds, where guests could get their treatment I their room. It is a mini-spa treatment room in a room. This is a unique product in the country and will cater for leisure guests as well as guests seeking recovery from medical operations.

Crowne Plaza Hotel is also known to be the leader in the dining and catering segment in Kuwait. With restaurants that offer a medley of flavors from all corners of the world.

What makes your hotel ideal for incoming travelers?

It all boils down to location, location, location. It is highly accessible from all major highways, airport, shopping malls and business districts. Because it is right at the center of Kuwait, it makes it easy for our guests to go to any point in the city in less than 30 minutes.  Not to mention the Safety and security the Crowne Plaza hotel offer to our esteemed guests. In addition to the variety of international cuisines, the health club with its stunning outdoor pool and finally our pride – the impressive SPA Aquatonic.

We understand that you originally came from Finance background. What made you shift to the hospitality industry?

When I started in the business, I was in my second year of university studying Finance. As been the case every summer, I used to work for a whole summer and make enough money to spend in winter and during school time. I did many fields from collecting grape in vineyards to working in printing press. I thought that I would try something new that summer of 1996 and I was then 21 years old. I applied for a job at Intercontinental and I was accepted as a Concierge. Since then the summer is ongoing and yet to end. I love my job and I think I was born to work in the hospitality sector.

I finished my degree in Finance and studied Hospitality Management. I moved across several departments from front office to finance, going through food and beverage service. I then started moving countries – during my single status and was ready to go anywhere in short notice. I was single and my only assets were 2 paintings. These 2 paintings were my only furniture. Everywhere I go; I would just pack a suitcase and take those paintings with me. I literally lived out of a suitcase. The good thing about this experience is that I have made a lot of really good friends along the way.  I gained a deeper understanding in the differences in culture, people, and markets. That has made me the person I am today.

It is all about working with as much people as you can. Learn the different cultures through human interaction. It is a sort of real-life, human experience doctorate degree.

I have learned a lot from my experience here, and I keep on learning everywhere I go. Life is a learning cycle. I am working on my MBA now.

In our business, you learn something every day because we sell moments not products. Every day is an adventure. We try to find ways to make these moments happen for our guests. We want it to be unforgettable. That way, people know that the money they spent was worth it.

Kindly comment on the ties that exist between Kuwait and the US.

Certain geopolitical situations from both sides kept things from moving forward. Now, there is a clear alliance in the various areas (e.g., the military, the oil sector, etc.). However, we do not see American companies setting up manufacturing sub-businesses in Kuwait.

Kuwait can handle these kinds of projects. Kuwait has the land, the capacity, and the financial strength. People have money to invest. One of the things that would further strengthen both countries relationships is if we see American businesses setting up manufacturing operations here. It can be the ground to which they establish a market in the Middle East. They have done it in South Africa, Japan, and many other places. Why not Kuwai? There is a clear potential here, what is missing is the action.

Education, health, and industry are some of the sectors that the US can look into. At the moment, Kuwait is the only country in the Gulf not to have an American hospital. As for education, they can set up private schools at a bigger scale. A lot of things can be done and Kuwait has got the potential.

What message would you like to leave to the readers of USA Today?

There is more to Kuwait than just oil. We have a lot to offer. There is so much to see and experience here. You just have to be willing to look at things from a different perspective.