Providing the foundations for a stable construction industry

The Grand Egyptian Museum, the new Cairo airport terminal and Cairo Ritz Carlton are just some of the projects that construction project management firm Hill International has been involved in. In this interview, Waleed Abdel Fattah gives his insight into the construction sector in Egypt and discusses Hill’s operations in the country. 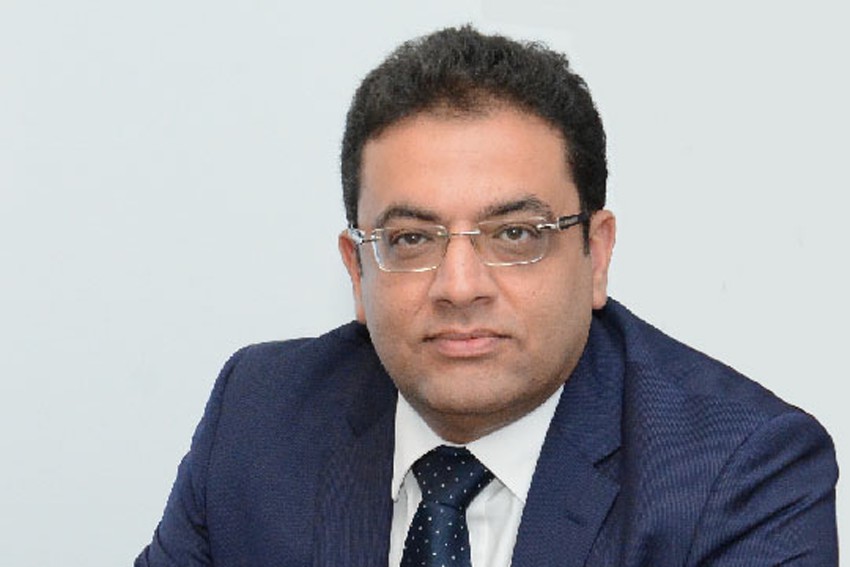 I wanted to get your opinion as a foreign company operating here in Egypt. How did you currently see the situation of Egypt and how effective has the implementation of reforms been?

I believe the market has matured around the reforms. It was tough at the beginning. It was not clear how things were to be calculated and evaluated but currently the market is more mature and people are working with the new numbers which have emerged due to fluctuation and the new exchange rate. I think now more or less everybody is settled down around the new facts of life.

There’s a lot of conversation now on how Egypt is going to move forward, and how the private sector will lead economic growth and generate jobs. How important is it in your opinion that the government continues with the structural reforms, and what is the role of the private sector in developing the economy?

Again, I think the model is set by other countries. The government should be going mainly on the infrastructure and should be providing the infrastructure for new projects, and they should slightly pull out from being more into the developing or competition and be more an enabler. The economy needs to go more into industry and or producing rather than consuming. I think we have a real added value in agriculture and industry that is crucial for the government, and I think they’re already running around this now to turn Egypt into more added value rather than just consuming economy. So industry and agriculture are key factors. The government needs to start pulling out of being a developer and help develop roads, electricity and infrastructure, and the private sector should then come in and do the rest.

What is your view on construction sector in Egypt?

I mean for sure for the next 4 years, if you’re going to continue what you started, the whole thing is going to boom. After 4 years however I don’t know what will happen; that will be the question arising. The speed that this is happening now and the construction works taking place around the country now is eating up all the projects in a short time;  the question will be after those 4 years.

I think the vision to use this capability and work on the development of the African Continent by exporting the business model or the expertise into Africa; this will help economically and politically. I think they’re already branching out in countries around the Nile basin in sub-Saharan Africa. With the stabilizing of countries like Syria and Libya, exporting will take a big share. I think that within 4 years with the current rhythm, we’re going to reach saturation, and the market won’t be offering much more, unless something dramatic takes place. Based on the current trend, this is actually where we’re going to be by 2022.

Talking about Hill International: can you perhaps tell us about what drove the company to Egypt?

We came formally to Egypt in 2006, and we acquired a British company here. So this was our starting point. From there, we managed Egypt and also opened up Libya, Algeria, and Morocco, so Egypt became the head office for north Africa. Since then our presence has been known to some of the investors in particular in countries like Algeria, Morocco, Libya, and also here. Developers who worked with Hill in the GCC were more relieved to find us in these markets and providing projectmanagement, since it gave them more comfort and assurance.

I believe some investors entered the market coming from Europe through Hill International. Meanwhile, we used our international systems and procedures and managed to have a local team which applied those systems and procedures. I think we have a very strong, reliable local team where together we are planning to expand in Africa and other countries in north Africa and maybe Tunisia soon enough. Our edge is that we are maybe the only ones that actually provide project management services only and not being engineers or contractors, only pure project management. I think this is something that does not exist. Everyone here does project management along with another service, whether engineering, design, or contracting.

I think our reputation is very well seeded and planted in Egypt. I think the projects that we delivered gave comfort to the market and the developers now see the added value of project management. In 2006 it was still a strange and different approach because they used to have a designer and a contractor without a project manager, but this has changed now.

How do you contribute to managing these risks either for local clients or for foreigners who don’t have that much knowledge?

Number one is identifying the risks. So at the beginning, we sit with each client and identify the risks that might face each project. We identify the goal they want to achieve as well as the time, quality, and cost. Once we identify the target of the client, we start discussing the risks. We start what we call the risk register from day zero. So basically to tell you from the beginning that for example if x doesn’t happen then we discuss the quality of engineering, personnel, change of laws, and everything.

We first identify and classify risks and start identifying mitigating factors; I think that’s one of the value added. When we go from construction through to close out a project, it isn’t as simple as it seems especially in Egypt, it needs mitigation. We need to work on mitigating between the different opinions of the clients and contractors and consider the culture. We try to find a win-win situation for all parties. I think we managed to do that in several occasions and in several projects. One of them we had a tough situation at the end, but we managed to fix it eventually between the various stakeholders and the contractor. We keep the different parties aware of the consequences of their actions and let them know what might happen if they go on with any specifications and through negotiations, we manage to settle things between the different parties to finally reach a successful project.

What kind of projects are you working on now while you’re looking at the future? What are the projects that are in Egypt and that you’re proudest of in your company?

We’re very proud of the Grand Egyptian Museum, and hopefully we’re going to open it in 2020. We delivered the Cairo airport terminal Building 2, which we’re also very proud of. We have delivered the Ritz Carlton renovation. Cairo Sheraton renovation, as well, not being the biggest one, but maybe because of the time and the challenges we faced especially we joined at a very late stage of the project, and it was a little bit messy, but we managed to clear it up and give it an opening in about 9 months.

It’s been there for quite a number of years. We are working as a technical support advisor for the Cairo Metro with the EIB, and we are doing the same for EGAS. In Algeria, we have been working on a mega residential development which includes 4 residential towers, residential villas, and a hotel. In Algeria, it was not easy to get things moving, but we’re in the final stages of the project. In Morocco, we are very proud to have finished the first fully automated container terminal in Tangier with APM from the Netherlands. It is being handed over to the client at the moment.