Juan Antonio Ndong Ondo, CEO of the Sociedad Nacional del Gas de la República de Guinea Ecuatorial (Sonagas), shares his vision of developing the natural gas industry in Equatorial Guinea to make it a gas hub for the region and discusses the major players already there looking to make it happen. 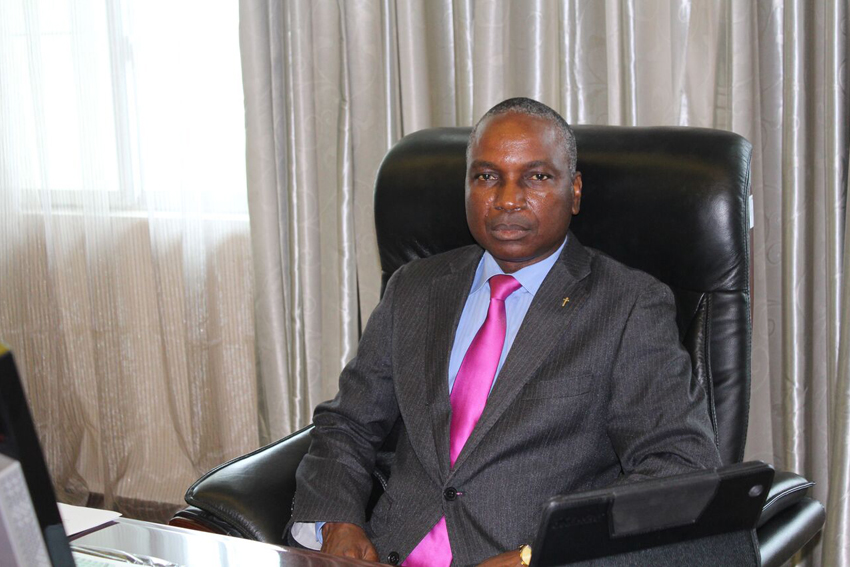 What does the reelection of President Teodoro Obiang Nguema Mbasogo say to the world regarding the trust of the people and the continuation of the government’s projects and plans for the future of Equatorial Guinea?

Well, it is true that the re-election of His Excellency President Obiang is due to the people having trusted and having seen his political project as important and having an impact on the nation’s development. Precisely, the people have acknowledged once more that he can direct the destination of the country. His course is also a secure course. When comparing him to other candidates, his vision is the most realistic one. That said, regarding his political approach, it is directed to development; we are now sure that his election will give continuity to the projects that have already started.

What is the role you would like to see Equatorial Guinea play within the Central African Economic and Monetary Community (CEMAC)?

What possibilities does Equatorial Guinea have of becoming a reference center in energy for Central Africa?

What many oil producing African countries must do is diversify the production of hydrocarbons, having other options rather than sticking only to oil. The fortune that Guinea has had is due to the fact that apart from oil, we also produce gas and methanol. I believe that this is very important. The ministry is working on continuing to diversify; petrochemical production would be important if different types of petrochemicals could be produced, and although this applies to Guinea, the recommendation would be the same for other African countries.

In your last interview you told us: “Companies open to the possibility to invest must watch the existing relations with the ones already doing it.” How do you consider the recent strategic alliance with Marathon Oil could affect those potential investors?

I would say the situation has not changed much comparing it to last year. New companies must trust that there is stability in Guinea, there is the possibility to invest and they should take as a reference the companies that are already here, such as Noble, Marathon Oil, ExxonMobil; they are evidence of there being stability, trust, and that it is possible to invest and to benefit in Equatorial Guinea.

Could you give us a few examples of significant projects that are being developed in the gas sector?

We are working locally. We inaugurated a bottling plant in Malabo and another one in Bata. These are plants that will provide and distribute to the whole country. I believe we have been the first country in sub-Saharan Africa that implemented the gas-powered vehicle system, starting with CNG (compressed natural gas). The inaugurated plant in Bata will bring the possibility to use LPG (liquefied petroleum gas) as fuel for vehicles. At the same time, we are working on producing more LNG (liquefied natural gas), and that project is still in course.

A new round of bids has been announced of 37 blocks in total, 32 of them offshore, which means there are wide opportunities for investors, and for Sonagas, which will be able to explore the resources of the country. How do you think the participation in this new bid “EG Ronda 2016” will be?

Truth is, we are not able to talk a lot from the point of view of the bids because it is considered an upstream activity and we are in the downstream. We are really looking forward to it because we would like companies to be bid, for them to do the exploring and hopefully find a lot of gas.

Could you share your vision of how the future of the natural gas industry in Equatorial Guinea develop and how it could become a gas hub for the region?

If we see other countries of the region, Guinea effectively has a lot of advantages. We are one of the bigger producers of gas in the sub-region, and the geographical situation of the country is also very influential since we find ourselves almost in the center of the Gulf of Guinea. This means we have a very easy connection with all the surrounding countries, with Europe and with America. We have been working with neighboring countries for a long time, analyzing the possibility of being able to take advantage of the installations that Equatorial Guinea already has so that the gas they have can be transformed, and we are still looking at that aspect, which means Guinea can be a center for gas transformation in the Gulf. It is almost a reality.

On a more personal note, if we returned in 10 years from now, where could we find you?

Truth is, it is very difficult to know because we cannot predict the future with accuracy, but I believe you would find me in the area of Bata dedicating myself to agriculture. Agriculture is a never-ending activity. Oil and gas will end, but agriculture will not. We have land. We have a climate that allows rain, with little drought, and the land is very fertile. There will always be interest in agriculture. My father was a very simple farmer with little activity, but maybe he has left me with some melancholy. When I have free time I dedicate myself to planting or rearing cattle. People always need to eat. I do well with that. If I managed to get free time, I would dedicate myself to that.