Traceability and high quality assurance have helped Frigorífico San Jacinto–NIREA S.A. become Uruguay’s first company authorized to export meat on the bone products to the US, which in turn could open up other lucrative markets. Its Vice-President Gastón Scayola has the details and explains why the company is a source of pride in Uruguay. 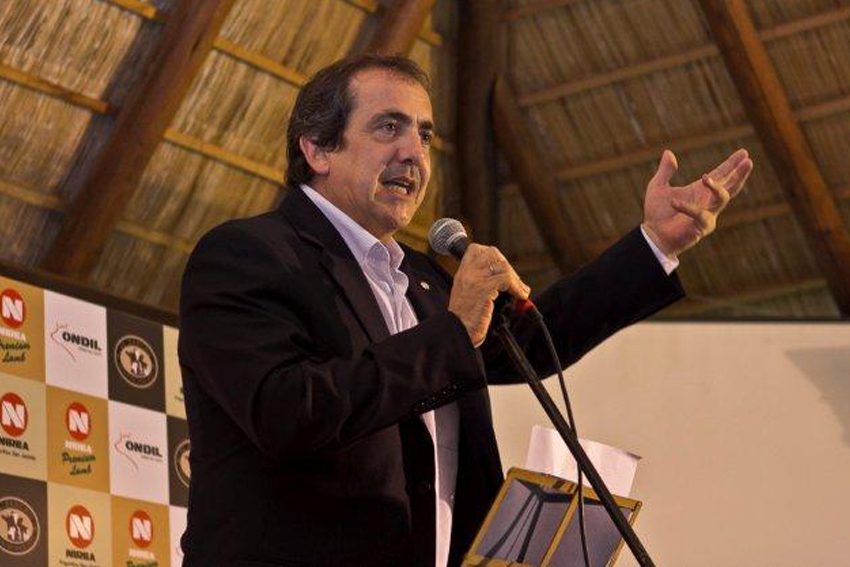 Uruguay has been growing the past 10 years at levels of 5-6% and has now entered a phase of slowdown with a growth forecast of around 0.5%. How do you assess the overall situation of the country?

Uruguay is a small country with 3.3 million inhabitants and a production capacity of agro-livestock that infinitely exceeds local needs. We are inevitably dependent on exports. These last 10 years have been years where food production has carried a lot of weight. In the last two, with some slowdown in China, soybean prices having fallen and crises in our main meat markets such as Europe, Russia, inevitably we have been affected.

While the world continues in this process of re-stabilization, we have to keep working on what differentiates Uruguay, to be ready when the optimum volume of activity is resumed.

The agriculture sector, which represents nearly 12% of GDP, is one of the main strengths of Uruguay. In addition, it employs almost 47% of industrial employees. What are the characteristics that make the Uruguayan agro-industrial sector so strong?

A few years ago, after several attempts to identify which would be the economic sectors that would push Uruguay to development, it was reconfirmed that the agro-industry is extremely important to the economy of this country. The sector is not seasonal; it is active the whole year and adds dynamism to other complementary sectors such as transport, or retail.

As you mentioned we have a great responsibility in terms of employment and the sector is the reason for most of the growth in the past few years.

Obviously other activities such as the financial sector and tourism are also key activities for Uruguay, but Uruguay's livelihood is agriculture for the long-term bet. In a world where food is much needed for the upcoming years, this area of South America is destined to produce more and better.

In fact, in our interview with Minister Aguerre, he said, "Uruguay wants to produce food for 50 million people in 2030, despite being a country of 3 or 4 million people." How must the meat industry evolve to meet this demand that the minister expects?

When we speak of the meat industry in Uruguay, there’s a marked difference between what is the productive sector and what is the industry.

In this analysis we have to see the sector as a chain from the person who produces in the field, leading the cattle to the refrigeration plant from where meat is then exported. And we have several fronts working to further increase our capacity.

To increase production levels we have to be much more efficient and we need to increase our productivity levels significantly because we have room for improvement.

If we compare ourselves with Australia or New Zealand on levels of productivity, we see that we have a strong capacity for growth, which can improve productivity up to 30%. If we manage to do so, the producer in the field will be better paid and the industry will have more raw materials for processing and export.

And what is missing in a country where there are 12 million cattle and the capacity to slaughter 3 million, but currently working at the 2 million mark? Where is the bottleneck?

Between the industry and the farmer there is a necessary friction as there is between any supplier and buyer because one wants to buy cheaper and the other wants to sell more expensive. It is a reasonable confrontation.

The indicators on the number of calves produced relating to the amount of mother cows we have available are low. Uruguay is quite far from our references that are Australia and New Zealand. We are at 0.65 annual calves per cow and should be 0.85. We are at 0.80 lambs per mother and New Zealand has 1.5 lambs per ewe.

We need to improve efficiencies and export to developed markets.

The US just finally allowed access for sheep meat on the bone. What does San Jacinto as a major producer of premium sheep meat view entry into the United States?

The United States allowed us to export boneless meat a few years ago and now they have just approved the entry of meat on the bone thanks to the separation of sheep and cattle in the fields.

The advantage of Uruguay is that has all its cattle come with traceability. This facilitates the knowledge of what happens to our livestock and helped us a lot.

It is the first step to conquering that market and some new markets. San Jacinto is a company that has a 6% market share in the bovine sector with 1,000 heads per day.

In the sheep sector we have a 30% market share. We are the leading company and the one that has been more aggressive in developing new markets and producing premium meat. San Jacinto is the only US-authorized sheep plant.

It means a lot to get into the US market and compete with Australia, but also once the United States approves the original compartmental mechanism, immediately there is a high probability that Canada and Mexico will also approve it, and that process can also open up Europe. So we have many fronts and the United States is the first step of many.

How does San Jacinto work in the genetic analysis of livestock in order to deliver higher quality meat, like with your premium lamb?

San Jacinto bets 100% on quality. And this shows our confidence in business, product quality and compliance with health standards.

In the sheep sector, it is a story that began 20 years ago when we decided to be the first to go into sheep meat.

San Jacinto tells producers what characteristics the animal to slaughter must have and assures producers, at the beginning of the year, a minimum price for those lambs so the producer knows what variables to account for, how much they can invest and how much is the price they can recover.

In international markets NIREA premium lamb is not questioned because it has an audience that is willing to buy even at a higher price.

What is the company’s commitment to the environment or animal care?

That is a field that we love. San Jacinto was the first company in Uruguay to produce Never Ever meat certified by the USDA. Not a single antibiotic, not a single hormone, prohibited by law for over 60 years.

We work in two major factors. One, animal welfare, and two, sustainability and environment.

In animal welfare, we have done many things. Mainly in the design of the whole structure of the plant to respect animal welfare, so the animals are not stressed in the paths that they follow during the whole process, with very friendly treatment in which no electric prods are used, and even the structural design takes into account the logical movement of animals and does not cause bottlenecks.

We want to be a model for others, we want to be a reference. Every time the Ministry of Livestock opens a new market and needs to show the country’s competence, it shows the procedures in San Jacinto. It is a source of pride.

Regarding CSR, what is special about the commitment NIREA has with Uruguay?

It is a company that is installed in a town that has 15,000 inhabitants and we have 800 staff; it is the main source of work there, we help the school, the sports club, the health clinic. We give scholarships to children of low-income officials to enter university.

There are many things we do for them and part of the success of a company is to have officials who value the company and work happily because they know they are committed to them.

And we don’t do it to please anyone, it is our conviction. And they can’t be isolated efforts to be able to take a cute photo one day. These are things that must be sustained over time.

In addition, we are preparing to try for the National Quality Award next year in Uruguay; no meat company has had it before. So far, the quality is not something that has been identified with the agro-livestock industry but we are convinced that our company has to go for it.