Jalil Abbas Jilani, Pakistan’s Ambassador to the US, discusses the nation’s economic recovery, counter-terrorism efforts, need to diversify its industrial base, its international relations, particularly its connections with the US and push to create regional communication links. 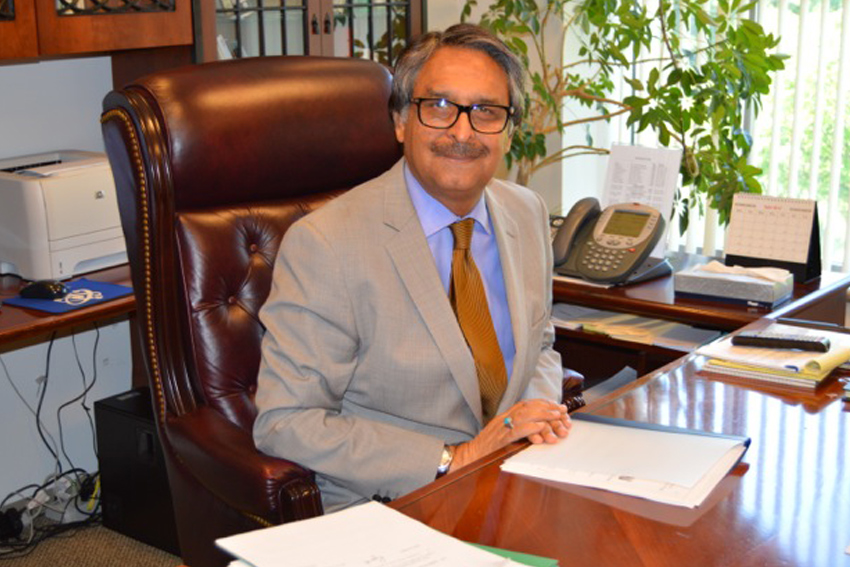 JALIL ABBAS JILANI, AMBASSADOR OF PAKISTAN TO THE US
SHARE

JALIL ABBAS JILANI | AMBASSADOR OF PAKISTAN TO THE US

There is a wide consensus about a brighter future of Pakistan especially now that the last two years have proven to reap the rewards of the reforms and changes that this government has introduced. At the end of June, Bloomberg issued a report saying that the economy of Pakistan is surpassing that of its neighbor India. After this very positive review, how do you think that this economy can keep growing and moving towards a more stable future and not go through an economic crisis as it has seen in the past?

A number of positive developments have taken place in Pakistan during the last two years. The present government soon after assuming office set four priority areas for national development: economy, extremism, education and energy, and there has been a great deal of progress in all these areas.

In terms of extremism, a number of military operations conducted by the security forces have produced positive results. The extremism is receding from our society.

A recently issued report of the US Department of Defense also corroborates the fact that while extremism and terrorism has increased around the world during the past year, it has declined in Pakistan.

These positive results owe their success to the counter-terrorism operations conducted by our security forces at a great human and material cost.

These military operations have drastically improved the overall security environment in the country, which has also helped in its economic revival.

The economic revival of Pakistan as a result of the government’s successful economic policies has been acknowledged and appreciated by the IMF, World Bank, Bloomberg, as well as international credit rating agencies such as Moody’s and S&P.

So when you look today at the economic situation in Pakistan, the inflation is down to 4% , which is a remarkable achievement.

The government has embarked upon a very ambitious program in order to resolve the energy crisis. The way things have been moving I have no doubt that by 2017 not only that we’ll be able to overcome the energy shortfalls but we’ll also have surplus energy as we’re going to add about 10,000MW of power to the national grid.

The fact that Pakistan has moved from the frontier market status to the emerging market is remarkable and it demonstrates the commitment of the government to economic progress and socio-economic development.

The government has dedicated a lot of energy to putting an end to terrorism and today Pakistan is a prime example of a country that has been able to greatly decrease the amount of extreme terrorism. Just a year after GoP started a campaign against terrorism, what has been the progress of these operations? And what have been the effects not only on Pakistan but also on the region, as Pakistan is seen now as an island of stability in a very problematic region?

Yes, terrorism has remained one of the main problems for successive governments in Pakistan for many years. From my point of view, terrorism has both internal and external dimensions.

Our country has suffered as a result of the unfortunate situation in Afghanistan. The national consensus developed in Pakistan to fight terrorism is extremely important.

The military operation launched in North Waziristan in June 2014 eliminated a large number of terrorists who had established their bases there.

We have destroyed their command and control centers, ammunition depots and sanctuaries. The government has simultaneously launched counter-terrorism operations within the country to eliminate terrorists from all of Pakistan.

The National Action Plan (NAP) formulated last year has produced encouraging results. Strict laws against hate speech have been initiated and being implemented.

Moreover, our counter-terrorism operations have also helped improved the regional security situation. An improvement in Pakistan-Afghanistan cooperation will augur well.

We firmly believe that only a peaceful and stable environment in the region can contribute to the regional economic development. A coordinated response by all regional countries against terrorism is imperative.

The efforts of Pakistan have not been overlooked and one of the countries that has valued them the most has been the United States. This relationship can be very fruitful for the upcoming years and the development of Pakistan. In which sectors do you think the US could bring the most expertise and foreign direct investment to Pakistan in order to strengthen the existing ties?

The Pakistan-US relationship is moving forward in a positive direction. Both countries have a mechanism of strategic dialogue for cooperation in a wide range of areas.

Under this framework we have established six working groups focusing on economy and trade, energy, counter-terrorism and law enforcement, defense cooperation, education, and nuclear non-proliferation.

We have made significant progress in all the working groups.

The US is also supporting large hydroelectric projects like Dasu and Diamir Bhasha dams, initiated by Pakistan.

We see an encouragement by the US Administration to American investors to invest in Pakistan. For instance, this year both countries organized a Business Opportunities Conference in Islamabad, which was attended by around 200 businessmen from the United States.

The message that went across not only to the American but also to the international business communities was that Pakistan is a safe and attractive place to invest, with the best possible opportunities that the economic reforms have provided.

Pakistan and China have taken a decision to take a lead in creating regional communication links. We are jointly pursuing building the Pakistan-China Economic Corridor (CPEC), which will usher in the revival of the old Silk Road.

During the visit of the Chinese president to Pakistan in April 2015, Pakistan and China signed 51 MoUs worth $46 billion as part of CPEC.

These projects will be financed by Chinese banks such as the Industrial and Commercial Bank of China Limited, Exim Bank of China, and China Development Bank Corporation.

I have full conviction that CPEC will be a game changer in the region.

Currently, the lower prices of petroleum open an opportunity for Pakistan to gain from its manufacturing industry, although Pakistan already produces many exportable items, most lack value addition. How do you think the Embassy can better promote “Made in Pakistan” products in the US for their superior quality and value?

We understand that we have to develop our capacity to compete with other countries in the US market. Although we have good expertise in manufacturing, we need to diversify our industrial base.

We have a trade volume of about $5.5 billion with the US, but most of it belongs to the textile sector.

We have a lot of potential in, for example, the furniture industry, manufacturing surgical instruments, auto parts, and agriculture. Increasing our export volume and diversification of our exports is an objective that the government has set for the upcoming years.

Pakistani culture, hospitality, food is something that is incomparable. How do you personally pursue to promote this in the US?

Hospitality is a part of our culture and tradition. The food that is prepared in Pakistan is unique and is very popular in many countries.

I haven’t met a single person in the US who does not appreciate the Pakistani cuisine and our rich traditions.

What we have done as part of our Embassy’s strategy to promote Pakistani culture is to invite various Pakistani artists to perform in the US, and also organize food festivals to introduce Pakistani delicacies to Americans.

I plan to organize a major Pakistani cultural week in Washington DC and in other cities to opportunity to project various aspects of our culture including arts and crafts, cuisine, dresses, music, etc.