With 33 operators expressing interest in the Limassol port concessions, it is clear that Cyprus is set to see further investment and productivity in a major boost for the island’s economy. World Report sits down with Alecos Michaelides, Permanent Secretary at the Ministry of Transport Communications and Works, as well as Chairman of the Cyprus Ports Authority, to discuss the latest developments. 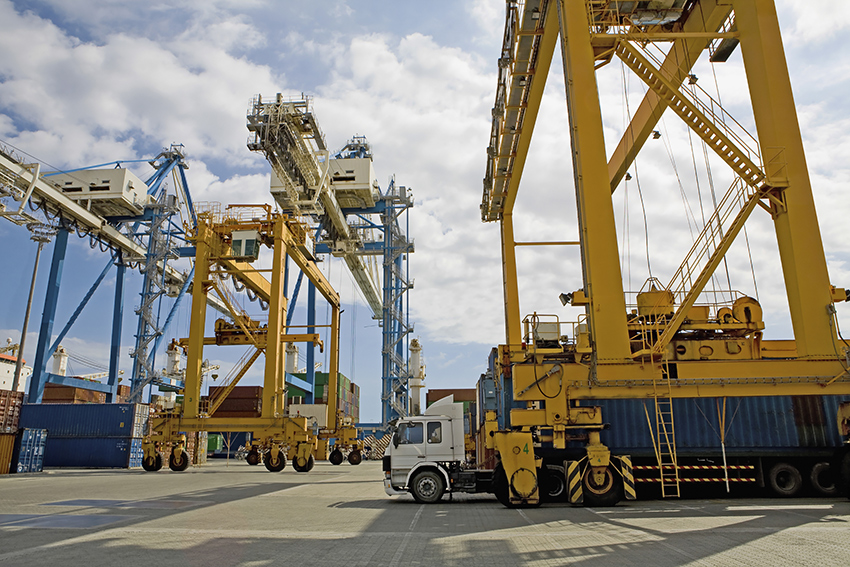 With significant progress made towards economic recovery through reforms, where do you currently see the progress of Cyprus’ recovery?

Cypriots understood very quickly that the reason we entered a crisis was because of our own mistakes. We knew that the only way to come out was to start working hard, and that is what we did.

We are still working very hard and we are still correcting our mistakes, which is why you see some results coming earlier than expected.

I believe that in the future we will see more of this and this is only because we are still working hard to come out of this economic crisis.

If a country does not change for several years, then you are staying back and you lose competitiveness. Today, because of this economic crisis, we are reforming the public sector.

In the ports domain and as a chairman of the Cyprus Ports Authority (CPA), I believe that what we are doing now, concerning the commercialization of the port of Limassol, is something necessary.

This was something that we had to do earlier, as it will radically change the way we do business in our ports, which has not changed since the ‘50s.

I believe that the historical cycle of that way of doing business has ended and that the commercialization will allow Limassol Port to be more competitive, to attract businesses and to contribute to the economic growth of the island.

The impact of this development is not restrained to the port of Limassol and to Limassol as a city; as we are a small island this impact influences the entire economy of Cyprus.

If the CPA can be successful in the commercialization and privatization of the ports, what sorts of benefits for the shipping sector would you anticipate for the next few years?

What is more, there are a lot of synergies between the two terminals.

A crucial important element today is that the port is located on the strategic axis that is transporting all freight and containers. For example, there is the route from Asia to America that passes through the Suez Canal.

It is located south of Cyprus, which means Limassol is on the route. There is also another axis coming from the Black Sea to Africa and Asia. Again, Cyprus is next to this axis.

It is easy to make arrangements to attract the companies that are transporting all the containers and freight.

The reason why the commercialization of Limassol Port is necessary is that although the Cyprus Ports Authority is a big and healthy organization that contributes a lot to Cyprus’ economy, we believe that some radical changes need to be made in the way we are doing business at Limassol Port today.

For instance, in a port you have stevedores that are loading and unloading the ships that do the vertical transportation, license porters for the horizontal transportation, and people for the rest of the works.

The way that all these three categories are working today is the same way that they used to work in the 50’s. This needs to evolve.

For instance, we made an effort to change the way stevedores were working. We also changed the salaries, as they were huge compared to the salaries of other employees, while working with a timetable and an inefficient manner that was not contributing to increasing competitiveness.

I am very happy to say that, after two very hard years of negotiations with the Cyprus Shipping Association and the stevedore’s unions, we finally agreed on a new collective agreement that radically modified the remunerations and the way they were working.

We managed to upgrade the profession of the stevedore, we increased the health and safety of the work place, we compensated all the previous stevedores, and we proceeded with the hiring of new ones with a new package of wages and benefits.

The Shipping Association and the unions started negotiating for this change four years before I received the order from my minister to try and assist them to find a solution.

Hence, it is not easy to modify certain things, particularly practices that have to do with the workforce.

The unions in Cyprus are quite strong so you need a lot of patience and persistence in changing some things, but this change was a huge success in 2008.

Another reason why we shall proceed with the commercialization of Limassol Port is that the operation of a port is a specialized job.

It is not something that can be done by anyone, as you need to be experienced, well informed, well equipped and you need to invest constantly in order to be on the edge of technology.

Cyprus Ports Authority, although it is a semi-governmental organization that is working well, has its operations restrained to a specific time framework and specific hours.

Then, you have personnel that need to be paid overtime to continue working, so we do not have ports that are working 24/7.

It is a port that is working primarily during weekdays and not that much on weekends because of the double remuneration that needs to be paid for the overtime.

Therefore, we need to bring in somebody who is a specialist and who will transform the port to make it work 24/7.

What sort of international operators you are already in discussion with regarding the tender? Has there been a lot interest in the commercialization of Limassol Port?

The reason why we were successful with the airports commercialization was because we had the most transparent procedure, this is key.

We went into this procedure with the aim to be transparent and to treat participants equally and evaluate each bid equally.

We set up a good internal team in the ministry and we had good advisers that could help us with any information we wanted at any time.

We proceeded in such an open way, that anyone wanting to come to Cyprus could see me, the minister, or us together. We discussed anything in the team and were open all the time.

Now we have stopped seeing investors but we are going to have a data bank with all the information regarding the Port of Limassol, the statistical numbers that concern the activities of the port, and everything that concerns the CPA.

This is very important, as it will answer any question that any bidder may have. Therefore, by having a transparent procedure, by being open to people and by having our advisers contacting several operators in the different ports of the world, we are quite sure that we are going to attract the best players in the world.

I am not saying that we are going to have the biggest companies, as we know the limitations of our port, but according to the size of our facilities we are going to attract the best operators.

When we spoke with the Minister of Transport, Communications and Works, he spoke of brand Cyprus being that of an international business and shipping hub. Indeed, with the “Maritime Cyprus 2015: Game Change” conference approaching in September and with the port commercialization which you have mentioned, Cyprus is strengthening its position as a shipping hub. With this in mind, how should investors and our readers in the UK see the entire Cyprus brand?

First of all, regarding the “Maritime Cyprus” conference, I would say that this is a very big event that attracts more than a thousand people from every corner of the world and the biggest companies in the Maritime field.

Cyprus is a maritime nation, and shipping used to be the only way to communicate with the rest of the world until the 20th century and the developments of air travel. This is why this sector has always been crucial.

Furthermore, Cyprus is a safe place where every foreign company can have all the facilities, such as communications and any other facility that they would like to set up a company, make business and offer their services to the rest of the world.

At the Ministry of Transport, Communications and Works, the maritime sector is central to us and takes up most of our attention, as we would like to promote our position in the world.

We are already the third fleet in Europe and the 10th worldwide. The Turkish embargo has affected us negatively, but we hope that a reunification of the island will follow soon.

If the embargo is lifted, there is a lot of potential in the sector, which we will fully exploit. We are also developing Cyprus as a cluster for ship management and Limassol is amongst the first towns in the world for this industry.

We offer all the facilities needed and companies feel that it is easy to do business from Cyprus as of its good location, good infrastructure and safety. In addition, Cypriots are friendly people that make foreigners feel at home.

We are very proud of the development of our maritime sector and the way the ministry has managed it.

Regarding “Brand Cyprus”, we are looking for a new branding. We believe that we did not manage to correctly promote Cyprus to the world.

We do not expect to be known everywhere, however when we describe the country we want to give the right image and perspective.

I feel that up to now, we have not been able to brand Cyprus correctly, and often when I see advertisements abroad, I feel as if they are describing something other than Cyprus.

I am not an expert, but I can see that we are lacking in conveying the correct branding. As a ministry, we are participating in committees with other ministries and colleagues from the CTO (Cyprus Tourist Organization).

I believe that through a tender procedure we will get the right advisers to give us their ideas about a new brand for Cyprus. I believe we have to show the world our rich civilization.

For instance, we have antique ruins that have not been promoted enough, and as a ministry, we are responsible for this and we need to invest more money to promote our antiquities.

It is important to show that we are a destination that has a lot more to show than only beaches, sun and sea.

You can visit Cyprus and combine your experience with a concert or a theater show, especially during summertime, where there are events in ancient theatres that are very pleasant.