Agriculture remains one of the fundamental drivers and contributors to the Ghanaian economy. However, over the past few years, the agriculture’s contribution to GDP has declined, as well as investment in the sector. How do you evaluate the performance of the agriculture sector in Ghana and what are the main challenges ahead?

By all indicators, agriculture performance has been going down over the last eight years. I’ll give you four statistics to support this evidence.

Evidence one is to look at the annual rate of growth of the sector in the last eight years. When our government left office in 2008, agriculture was growing at a rate of 7.4%. The sector has steadily declined in annual growth to just 2.4% in 2016.

Two, cocoa yield. Ghana and Cote d'Ivoire have almost the same land area under cocoa production, 1.7 million hectares each. This is by far the most important crop. In the 2015/2016, Cote d'Ivoire was producing 1.7 million metric tonnes of cocoa, while Ghana was doing only 840,000 metric tonnes. So that clearly shows you the low productivity of cocoa in Ghana.

Three. If you look at the most important food crop, maize: the yield is one of the lowest in the world. The farmer harvests only between two and three 50kg bags per acre. By using improved seeds, he could be getting as much as 16 bags per acre or a minimum of 6 to 8 bags per acre. So, you could easily, just by changing the seed to an improved seed variety, at least double your output.

Four. Before 2007, Ghana was importing 8 major food items produced by Ghanaian farmers. The food imports were equivalent to $344 million in 2007. By 2015, this figure had ballooned to $2.2 billion. Half of this, $1.1 billion, is rice imports. So, it’s very clear by these indicators that everything is going down.

How is the government going to overcome these challenges and boost the agriculture sector?

We want to boost agricultural performance by improving the productivity of farmers in Ghana, in terms of their yields per hectare. That is what we have entitled: “Planting for Food and Jobs”. There four objectives.

First, is to raise agriculture production so that food becomes cheap in the urban areas, because food is becoming too expensive. If you go to the supermarkets you see the shelves are full of foreign goods. It’s all because of the supply situation. The supply is not able to meet the rising demand; therefore, imports have had to step in to fill the gap between supply and demand.

Second. We need to exploit the huge West African market for grains. Most of the country members are landlocked and in the desert areas cannot feed themselves. So, the UN has to ship food to them every year. We should be able to take advantage of that market to export cereals and grains to them.

Three. We have to be able to feed our agro-processing industries by increasing our productivity and production, so that the other areas of the agriculture economy can also pick up. Poultry is a classic example. Poultry relies on maize and soya as a basic feed. And the feed is about 80% of the cost of production. So, if we are not producing enough and we are having to import, we are importing grains to support farmers outside, and promoting their interest while killing our local agriculture. In other words, import prices are well below the cost of production and freight. We have a lot of evidence of dumping of produce. So, these huge amounts of imports are really distorting the local market production.

Fourth. The creation of jobs. There’s rapidly rising unemployment amongst the young people in this country. Going on latest indicators, youth unemployment is as high as 12 to 15%. These are the top end of the youth, the educated people. Those in colleges, coming out from universities. They are the ones who brought this government to power on the promise that we were going to give them a job.

This year we are expecting to create 750,000 on-farm jobs. We are not including jobs further down the valued chain. By giving farmers better seed to increase their yields, they will have to employ more workers to harvest double what they normally used to. This alone is going to generate 750,000 jobs. So, we will start with 200,000 farmers this year.

We are choosing only 200,000 as our target for this year. Then, depending upon the problems that we face, the constraints and so on, we’ll redesign the program for the major launch in 2018 – moving up maybe to 700,000 or even a million more farmers.

What about cocoa, cashew and other crops?

We actually said in our manifesto that we are going to increase cocoa production from less than 800,000 to one million metric tonnes in four years. We have a development plan for it, which we are putting in place as we speak.

We are bringing in new methods, like new pollination methods. We are training people to actually go and pollinate the cocoa flower. That should be able to give us up to four times more yield per hectare. We are going to re-introduce the mass spraying program, so that we can control diseases and then the yields would go up. We are going to plant whole areas of very low, old cocoa trees.  All these would enable us in four years to be able to come back to the one million metric tonnes that we reached in 2010/2011.

We are going into oil palm in a very big way; we want to expand the production of oil palm in the forest zone. We are going to partner with big companies like Unilever, so that we can launch a big program for oil palm.

Access to adequate finance has also been a constraint when trying to start any activity in the agricultural sector, especially for the young. What strategies are you implementing to improve access to finance?

The reason why finance is not coming, to start with, is because banks see agriculture as a big risk. Some of this risk is out of control of the farmer, or anybody, that’s the weather, because only 3% of Ghanaian agriculture is irrigated. Secondly is the human-created risk, by farmers not paying their obligations to the banks when they get credit.

So, you need an intervention of public policy. We need to reduce risk. What we are doing for Planting for Food and Jobs is very simple. When I was doing the calculation, planning for this program, I realized one major factor was lack of storage facilities. Where do you keep the surpluses?

But you need at least something like half the capacity. So we are talking about less than 200,000 metric tonne capacity to effectively hold the surplus, and we only have 60,000. We don’t even have up to 100,000. That is why most of the times when we have bumper harvest, the farmers start crying instead of celebrating because most of it goes to waste.

So, that is one of the priorities. We are going to build a thousand metric tonnes of warehouses in each of the 216 districts in this country, to solve that problem.

So we are providing this marketing infrastructure as a government. And we are a government of the right wing; we don’t believe government has any business, doing any business. We are just an authority. We have to create the environment. So we provide this infrastructure and then we lease out to the private sector these warehouses. We lease them to the private sector to carry out our work. Every warehouse will have a minimum of three feeder routes leading toward the major areas of the district, so that we can effectively collect the surpluses.

We build the infrastructure, the marketing infrastructure, give it out to private operators, we collect grain from them to pay for the investment. This is the first time ever that it will be happening in this country for food crops. We have these warehouses for cocoa, and for cocoa only.

Secondly, another unique thing about this “Planting for Food and Jobs” is that we are hiring private consultants to go to each of these selected farmers to take their picture, take their fingerprint, go to their farms with a GPS, and measure the farm physically. So that we can get the actual quote with the means of a satellite.

So, we retrieve the figure, the metric and the coordinates. We determine that you need so many barrels of fertilizer, so many kilograms of seed, we need the extension of 6 to 7 times in the season, and we expect you to produce so many barrels of maize.

Recently during Boris Johnson’s visit to Ghana, President Nana Akufo-Addo stated “A lot is being done to make sure that relations between Ghana and Britain continue to be on an even keel, and there are areas for greater trade and business cooperation”. How do you believe a country like Ghana can benefit from cooperating with the UK in terms of agriculture?

The opportunity, which we are going to open up, is to do commodity marketing. These investments that we are making into warehousing, to feeder roads, and farm trucks to these major areas are going to open up the possibility of a commodity exchange. If you as a farmer or a trader, you bring your 200 bags into one of these government-designated places, you take a receipt confirming that, yes that thing is there, the quality grade, and so on. The banks will now be prepared to give you credit to go and buy some more to bring or to develop your farm. So, this whole thing we want to hand over preferably to a company which could provide its own working capital, one that has this experience of handling commodities, grains, export shipping grains, and so on.

So, it opens up an opportunity for UK investors who specialise in this area of commodity trading. That’s one. Two, we are talking exclusively about the small holders, the 2,3-hectare holders. But the opportunity is also there for huge sugar cane, rice, and maize plantations in the northern savannah.

We are talking about investing the 30, 40, 50,000-hectare plantations to feed into this whole system. So, that is also the rate of agro-activity, agricultural farming is there to give the opportunity to process and ship out the produce into the world market. It also opens up the possibility of agro-processing.

The opportunity would be huge. The moment we put in the capacity to produce, I as a Minister for Agriculture will move those imports. We are prepared to back these investors in the agriculture system. So, there would be many opportunities. 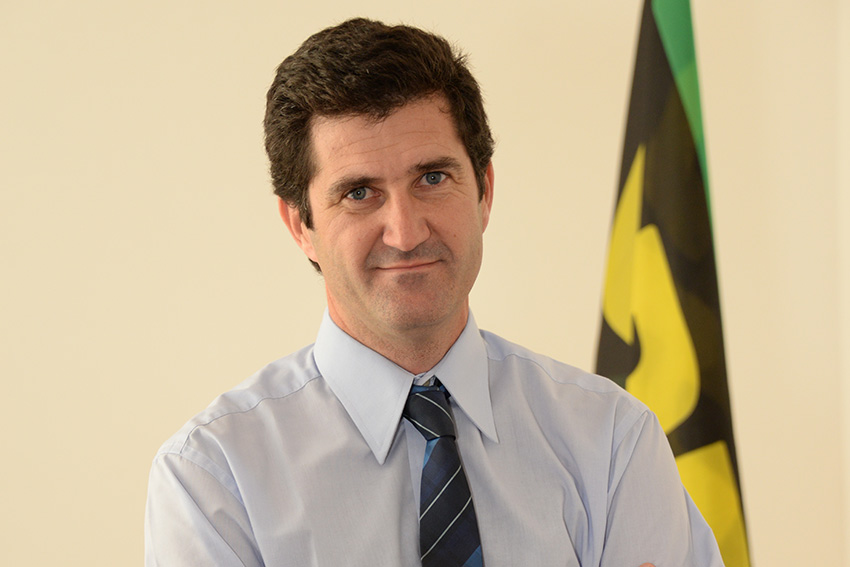