“Our shared values of freedom, democracy, and rule of law will be the bedrock of the TPP along with market-oriented economics”

Minister of Economic Revitalization Akira Amari, who is Japan’s chief authority for the ratification of the Trans-Pacific Partnership (TPP), shares with Globus Vision the systemic impact the TPP will have on not only Japanese-U.S. relations, but also the entire Asia-Pacific region. 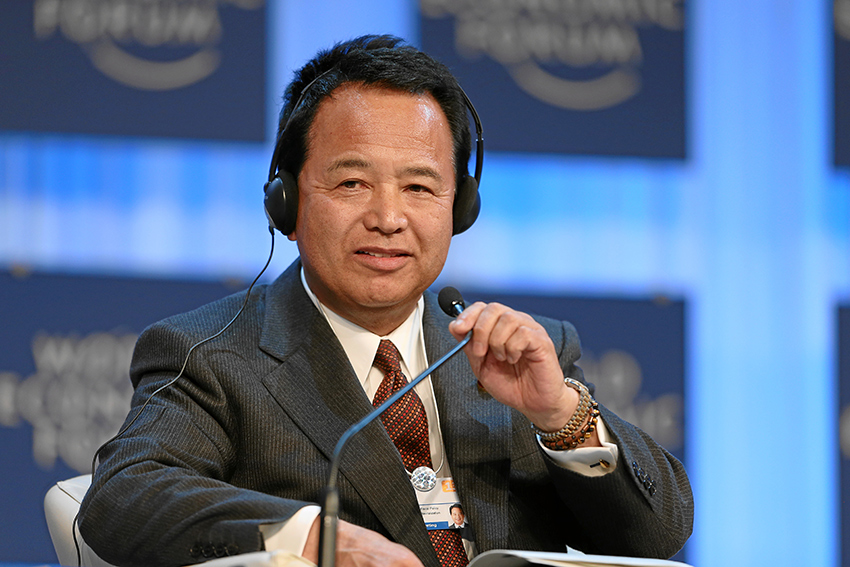 With President Obama receiving the Trade Promotion Authority recently, the signing of the Trans-Pacific Partnership (TPP), which represents 40% of the world’s GDP and a 1/3 of its trade, seems imminent. Clearly this free trade agreement will have an impressive impact on the Japanese economy, but can you highlight a couple of sectors where you feel the effect will be particularly substantial?

The TPP will impact a wide range of industries rather than a few specific ones.

In addition to eliminating tariffs, we also need to eliminate the full trade barriers and set up common rules for commerce, all while protecting intellectual property.

In other words: goods, people, capital, and information need to flow freely in the Asia Pacific region.

However, throughout the 12 member countries of the TPP, we need a stable climate for investment with a clear framework to carry out these investments with common rules.

Additionally, when discussing the TPP, we are not only about the 12 current negotiating members, but as the new standard in global commerce for the 21st century which will hopefully attract new members.

I believe that this can eventually replace the WTO, as more countries will want to access this free trade agreement.

After the original signing between these 12 countries, we also have other states who have indicated their interest and could be potential new members.

We could see China or South Korea, and several South East Asian countries joining sometime in the future.

Last week the revamped Japan Revitalization Strategy was announced, but it can be argued that the success of Japan’s economic revitalization depends on Japan’s private sector in leading the way and adopting these globally oriented policies.  Which Japanese companies would you say are leading the way in this regard?

Among the 12 countries we need to establish a common values system. Now, within the auto industry, Japanese manufacturers are already supplying many components to the US market, and we need to foster that growth.

Within the pharmaceutical industry, we need to promote the use of state-of-the-art technologies to recover the investment there.

We need to make sure the companies within this sector can recover their investment some times, under a set of common rules.

This may be difficult, as in some countries the period of obtaining patents is longer than in others, with each system providing its own advantages and disadvantages.

We need a common, win-win situation which is beneficial for all members. We would however, want a system to enable easier access to generic drugs.

The TPP is vital to the continued internationalization of Japan’s economy, but we’ve been told by several of our interviewees, such as Mr. Okafuji from ITOCHU, that Japanese businessmen still need to improve on having a global mindset and being more vocal about promoting Japan and its strengths. What would you say are the biggest challenges that are still facing the globalization of Japan’s economy? Do you think for example that Japanese companies should be more vocal within the various sectors affected by the TPP?

Japanese corporations for the most part are still a bit timid due to the long period of deflation in Japan; much of the challenging spirit of development and entering new markets has been lost during the past years and the general strength of Japan has been weakened.

The TPP however offers a new challenge, and we are working for this to be beneficial for Japanese business managers.

While the TPP encompasses 12 countries at the moment, clearly its fate lies with Japan and the U.S. coming to an agreement, as they would represent 80% of its GDP. How important is the TPP for Japan taking a more active role though in the region as a major player shaping the economic and political affairs of the Asia-Pacific region?

The important point is that Japan and the US are teaming up together. This is based on our shared values of freedom, democracy, and rule of law.

This will be the bedrock of the TPP along with market-oriented economics.

This is extremely important, as many countries will be involved in this agreement, with members from South America, Oceania, and elsewhere in East Asia.

The United States has the largest economy and military in the world, and needs to have a firm presence in the Asia Pacific region.

The TPP is not only important for trade, but also for nurturing security in the region. It is important to have several major powers for the sake of stability in the East Asia region.

We foresee Japan and the US leading the way in this agreement, with the possible future collaboration of China or India. We must ensure balance and stability for our region.

Global trade such as the trade facilitated by the TPP is essential to Japan’s continued economic growth because at the moment more than 50% of the economy relies on domestic demand, which is perilous considering Japan’s aging population. How important are FTAs such as the TPP for growing Japan’s economy? As the minister in charge of the TPP, do you feel that the TPP is your legacy for Japan?

The TPP will also be a legacy for President Obama. This objective is highly ambitious. There has never before been something like this agreement.

This is also not bilateral initiative. There are 12 countries across several continents, and this is going to be the global standard for international trade.

Currently, the WTO is stocked with so many different countries and varying interests, causing gridlock. We believe the TPP can be realistic alternative to WTO

Taking this opportunity to reach out to the attending heads of state and influential political and economic leaders at the major conferences from around the world – the G20, the Global African Investment Summit, and World Islamic Economic Forum – what message would you like to leave with them, as Japan leaves behind decades of stagnation and asserts its place in the global economy?

Japan for the past 15 years has been in deflation. This is something that no other country in the developed world has experienced.

Abenomics is the method of the Prime Ministry to bring the country out of deflation, to stability, and later to growth. Japan has had a sick economy, and we are working on a prescription bring stability and growth.

We would then like to offer this prescription to other economies facing similar problems to become healthy and vibrant once again.

Greece is currently facing many difficulties in the EU. So hopefully we can offer our methods as a possible solution.

In a nutshell: I want to revolutionize Japanese productivity. I would like to make Japan the most innovative country in the world.

Therefore, we are implementing policies to reform our universities and national research institutes, and to rouse investment of private companies for research and development, human resources, renewing of facilities, and so on.

Market economies do not typically have much government involvement.

In our current scenario however, the government needs to work with the private sector to establish a positive business environment to generate profit.

We would like to see these profits passed on to wages. This is normally not a government initiative, but we have enacted this in Japan, and we were able to improve wages for the first time in 17 years.

We cannot let this momentum evaporate. Productivity is increasing through our dialogue with the management of major companies.

The sound ideas which come out of these conversations are turned into political policies which we hope to make the Japanese economy healthy and strong.