Osama Bishai, CEO of Orascom Construction, one of Egypt’s leading construction firms, gives his insight into the current state of the nation’s economy and discusses some of the work that his firm has done in building vital infrastructure. 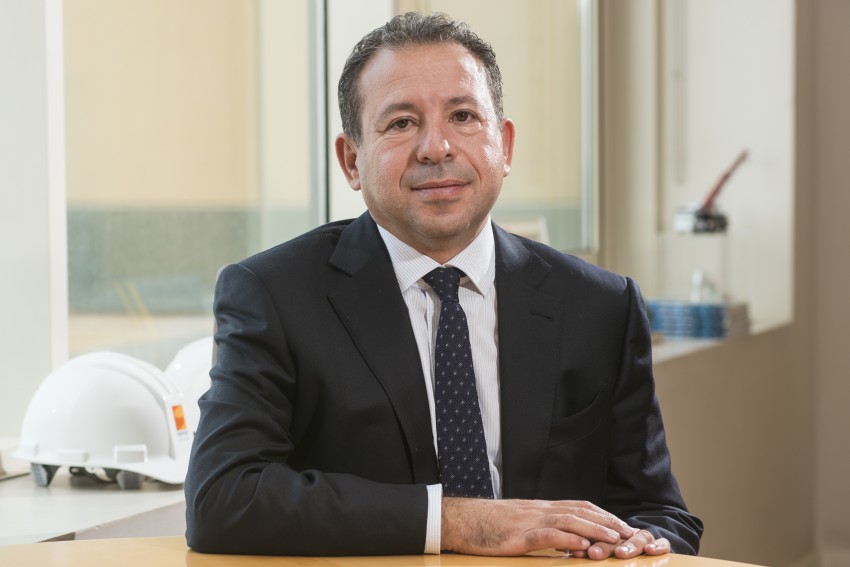 The Egyptian government has been implementing a transformational reforms program, which, along with the gradual restoration of confidence and stability, is starting to yield positive results. Nevertheless, despite government efforts, social conditions remain difficult due to high inflation and erosion of real incomes. The ability of the private sector to create jobs will be critical to reap the benefits of the reforms. How is the private sector embracing the structural reforms and how are the reforms making Egypt more competitive?

Look, first, it’s important to say that the reforms that the government has done are really important. They made a leap ahead as far as the reforms and the visibility of the economy. I think they were needed a long time ago and we’re very glad and excited that these reforms are continuing, and they still have more to do.

Obviously, such reforms are putting the burden on the social side, specifically the low-income earners, which are a big part of the population. Unfortunately, it’s like a sick man who’s going to get medicine, not always very tasty. As far as investments, I think the private sector is ready to invest heavily in Egypt. I think the government has to make more effort in providing the areas and the space for the private sector, whether local, foreign, regional, or international to invest because it is inevitable that the government can’t do everything alone.

I think the government is trying hard to do that, but they need to do more in making sure that the private sector is well informed on and well introduced to opportunities. I think we, as Orascom, have a lot of ideas that we can bring forward, provided that we find the right opportunity, we will definitely proceed. Egypt is our backyard. While we are operating in other places, we believe Egypt will be a great place for our business, and we would like to continue to do so. We have a lot of ideas, but again I think we need to see that the government is pushing hard for the inclusion of the private sector.

Improved fiscal space will increase the national ability to lend at better rates and undertake infrastructure efforts, are we seeing this already?

I don’t know if the additional taxes are directly creating opportunities for infrastructure spending. It should, theoretically, but having said that it is also important to acknowledge that higher taxes doesn’t mean higher investments; it’s actually the other way around. Nevertheless, we are happy to see reform that would increase the revenues of the country. On the other hand, I think the driver for investment, maybe not tax reform is actually made to address the interest rate challenge. Locals borrowing at 19% is a challenge for new investments. It is probably cheaper for entities and individuals that are having access to cash to get interest rate rather than to utilize the money for expansions or new investments. So, the interest rate issue is something that we need to address. That’s a big topic because it is also associated with the currency and the whole economy. I’m not the guy to speak about that, but I think it’s important to realize that the interest rate is a big challenge for investors.

Construction remains one of the most important contributors to the domestic economy. In 2016 the sector’s output increased by 10.3%, a significant uptick after growing at an average of 5.3% in the preceding four years. This growth trend was largely maintained in 2017, expanding by 7.3% in the first nine months of FY 2016/17. How important will the sector remain in the upcoming three years while there is still infrastructure development to improve?

Well the construction sector will continue to be a very crucial backbone of the economy for a lot of reasons, but my favorite reason is the population. We are a very young population. You need to realize that 35% of Egyptians are 15 years and younger. 25% of Egyptians are 29-50. So, 60 million people are less than 29, so imagine the amount of housing, infrastructure, hospitals, and schools these guys need to reach the normal acceptable average. Continuous investments in infrastructure are needed for the population. If we want to be more attractive to foreign investments, infrastructure has to be improved and become world class. We’re happy to see power achieve that, and also roads, but there are other sectors that need improvement like transportation, public transportation, ports, and airports. So, there’s a major need for infrastructure which reflects that the construction sector will continue to be active. The other issue that infrastructure will also directly support is tourism. If you have great roads, good airports, good facilities, and good infrastructure you will need tourists to come and feel comfortable and be able to access whatever they want.

Earlier this year, President El-Sisi said “The state needs $900 billion to develop its infrastructure”. From energy to transport (trains and roads) passing by the Suez Canal Development Corridor and the Suez Industrial Zone; there is a clear need to improve and update the national infrastructure. How crucial are mega-infrastructure projects for local contractors?

Well, mega projects are important for local contractors because it’s business. I think infrastructure in general is important for us because that’s good business for us, but I think what’s more important is the sustainability of the infra growth. I also think it is very important that we make sure that contractors are properly compensated for their work as their health would enable them to continue the infra expansions. Definitely, I think the number that’s mentioned by the president is probably right; yes there’s so much needed in this country today.

Look, it’s part of the risk management that we have as a group. Whenever we pursue new opportunities or start new projects, it’s part of our risk mitigation; we look at volatility of material. Obviously, we can’t ignore the fact that with all this construction and infrastructure development, it will put pressure on the inflation nature of building materials. I think it’s not only the cost, I think it could also be the challenge of availability. You can build all this in the same time and have the right resources and material of work.

How do you think American companies can take advantage and invest within the country?

Well, American companies as investors. I’ll tell you from our experience, we operate in the US and the Middle East. The cost of investing in Egypt could be 60% of the price of investments in the States. Obviously, there are things that are much cheaper and easier in the states, like land, accessibility to utility, accessibility to ports, and all that, however, I think you can outweigh that. I think that Egypt is number 1, a good place for international investors, not only Americans, to access the African market. We are also a good place for investors to access European markets. We can be a workshop for European vendors or suppliers. It also has great access to the Asian market, if Asia is a target for any American players. Egypt should be sold or promoted as the industrial hub for anyone who wants to reach the rest of the world.

Could you please tell us about the project you are proud of?

We are proud of so many projects. I always say that in the last 3 or 4 years, we have been fortunate enough to be involved that we’re technically touching the lives of everybody here. We are in part of improving the quality of life, the power story. We have done alone 11,000 mw. We’re doing the metro in Egypt. We have built three hospitals in the last 2 years. We have done maybe a few 1,000 km of roads or so.

So, you’re right, we are involved in every single sector. I however think as an engineer, we are very proud of the museum. I think the museum is a game changer for Egypt. This is a huge building, what we call in architecture an iconic building. As an engineer I tell you that this is the only iconic building that has a purpose because the tallest building in the world doesn’t have a purpose although it is remarkable. From a technical point it is very remarkable to have the tallest building. It is also remarkable to have a purpose, and the purpose is that you are hosting, or you are the new home of a heritage or civilization of the most important civilizations in the world.