Major investment in cutting-edge technology is strengthening the surveillance capabilities of Colombian airspace and places it on the same level as the world’s most developed countries. Gustavo Alberto Lenis Steffens, General Director of Colombia’s Civil Aviation Authority, Aerocivil, provides more details of the huge changes under way on the ground and in the skies. 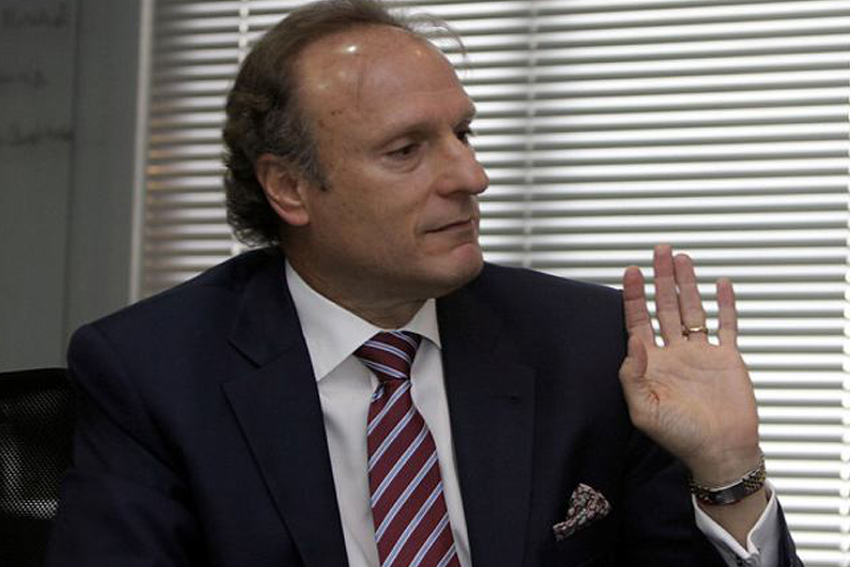 How do you assess the economic situation in Colombia in general, and in the aviation sector in particular?

Colombia is in a very important moment, economically, with an interesting dynamic, despite the drop in the price of petroleum. In that framework, it’s fundamental to highlight variables like the housing sector, which has an intensive workforce and which in the past four years has shown very positive indicators.

It’s also important to emphasize the large investment in infrastructure, especially in terms of roads, waterways, railways, and air transit, where there are a lot of works in development that will have a positive economic impact and improve the country’s competitiveness.

Speaking from the sector you lead, how will this help improve Colombia’s competitiveness?

The aviation sector is a fundamental part of competitive economic development in any country. In Colombia, we understand its importance, and that’s why we have some of the greatest dynamism and growth in Latin America.

Colombia, as you know, is a country made up of cities and regions. We have major urban centers like Bogotá, Medellin, Cali and Barranquilla, where most of the country’s population is concentrated, and other smaller cities with significant population dynamics.

However, this demographic growth has not been translated into infrastructure projects that allow for greater connectivity.

In aviation, for example, we are notoriously behind. For many years, the country didn’t make any important investments in its airports and only recently, for the past four or five years, have we begun modernizing El Dorado in Bogota, and before that the big project was the Puente Aéreo (Air Bridge), which has been under construction for over 15 years. So just imagine the situation.

Now we’re working to improve connectivity in the country. We have large investments in Bucaramanga, for example, whose airport went for more than 40 years without any kind of intervention.

We’re also working on the airports in Cali, Barranquilla, which we just turned over to the concessionaire, Medellin, Yopal, Pasto, and Leticia, which we’re redoing entirely.

The plan we’re working on has a budget of 2.8 billion pesos and aims to renovate the airport infrastructure of 39 airports, or terminals, in 21 departments.

Without a doubt, all this effort will help the country to improve its connectivity and competitiveness.

What will be the general plan for modernizing the aviation sector?

The strategy has various components and we’re moving forward in all of them. In aeronautics infrastructure, one of our jumping-off points, we have a very ambitious program oriented towards innovation, redistribution of airspace, and new technologies.

We already have, for example, two MLAT (multilateration) ground stations, which provide flight controllers with a more precise system for monitoring and controlling airplanes in areas with difficult topography.

Additionally, to optimize current safety conditions in air operations and as a complement to the extensive network of civil and military radars covering Colombian airspace, we installed 11 ADS-B stations, whose function is to determine the position of airplanes through the use of satellite positioning systems in different areas of the country.

This cutting-edge technology strengthens the surveillance of Colombian airspace even more and places us at the same level as the world’s most developed countries.

We’re also, with the help of IATA, reorganizing Bogota’s airspace, since currently it is lacking. We want to redistribute it to improve efficiency. We’re at 60 operations per hour and we’d like to reach 90.

To this end we’re using two types of advanced software, Harmony and Score, which will help us substantially in making air operations more efficient.

These modern and complete programs, which the airlines we’ve been working with already know, will allow us to monitor the capacity and demand of airports, manage the flow of air traffic, and have better planning of flight arrivals and departures, among other attributes.

Another large goal is to convert our Center for Aeronautical Studies (CEA) into an Institute for Continuing Education (IES). We’re hoping this will happen by the end of the year.

Also, related to the CEA, in the coming days we’ll inaugurate an integrated radar, non-radar, and aerodrome simulator with 360-degree visuals, which will help us train our air controllers.

This will make us a reference point for neighboring countries.

Let’s move on to El Dorado. What’s going to happen with the airport’s modernization and with El Dorado 2, now that the work is under way?

When you look at the volume of operations inside El Dorado, between 800 and 900 per day, and at the existing projections, it’s clear we need to continue growing.

Now we’re in the midst of the airport’s current modernization plan with complementary works to improve its operation, and we’re already making the first steps on El Dorado 2, which, for questions of space, will be constructed in Bogota’s neighboring municipalities, between Madrid and Mosquera.

An airport of these dimensions can’t be built in less than five years and the idea is that they’ll be connected by a train taking no more than 15 minutes.

What is your opinion on the price of plane tickets? Should they be cheaper?

Furthermore, in the country right now we have a lot of competitiveness in the sector, because we have the three most important groups in Latin America, like Avianca-TAP, LAN-TAM and Copa; Viva Colombia and EasyFly, which are budget airlines; and Satena, which lends a very important service in regions distanced from large urban centers and where, from a commercial point of view, operation is not a very attractive business.

Competitiveness here is very strong and will continue in this dynamic, and this, without a doubt, will turn out to benefit passengers.

How will this affect competition between the different airlines operating Colombia?

There used to be very pronounced cycles with aviation. Today, the tendency is more level and there aren’t such extraordinary growths and declines.

You can see in Latin America, growth in the sector is 2% or 3% and in Colombia it’s 4.5%. Domestic transit grew here because prices went down. We have periods in which occupation is over 80%.

These cycles face the irregularities of global economies. But at present the cycle is very healthy. We’re seeing growth in the double digits at the international level and in single digits domestically.

We believe domestic growth will pick up in the second part of the year.

What would you emphasize regarding the relationship between the Civil Aviation Authority and the USA?

Colombia’s relationship with the US is the most important one we have, in terms of aviation. We have a bilateral open skies agreement.

Furthermore, our procedures are largely influenced by the Federal Aviation Administration (FAA).

What new international routes will there be, and where do you see room for improvement in the current ones linking Colombia with the USA?

An airline’s arrival at different airports depends on its hub. For example, Miami is the biggest destination for Colombian travelers and American has its hub there.

Right now the competition is also hub competition. Airlines study passenger tendencies and profitability and flight offers stem from that.

What advantages would you say Colombia has over the USA?

We’re a country that, after many years of internal problems, is starting to look outwards. We’re a country rich in natural resources and one of the world’s most attractive destinations.

At one point in my professional life, I had to meet with US businessmen outside of the country, for example in Panama, because their companies did not allow them to come to Colombia.

Now there are no longer these prohibitions, there is trust in the country and everyone wants to be here. Colombia, for example, has commercial agreements that make it very attractive for international investors.

I also think that, with regards to the US, prohibitions and trade barriers are falling and this is going to benefit us in time.

You were president of Avianca; what were your strategies for making that company succeed?

When I was president, Avianca was in a very complicated situation and the market was very small.

There were strong competitors and some of them, with very controversial strategies, placed internal rates to affect their operations.

We managed to make it more competitive, with greater international impact. We also strengthened our hub in Bogotá, which at one point was under question because no one and no company wanted to do that here.