A recent change in ownership and corporate structure has breathed new life in the Turkish Petroleum International Company. TPIC’s dynamic CEO Mithat Cansız explains how the company serves Turkey’s global energy vision through its global activities in all value chains of the oil industry. 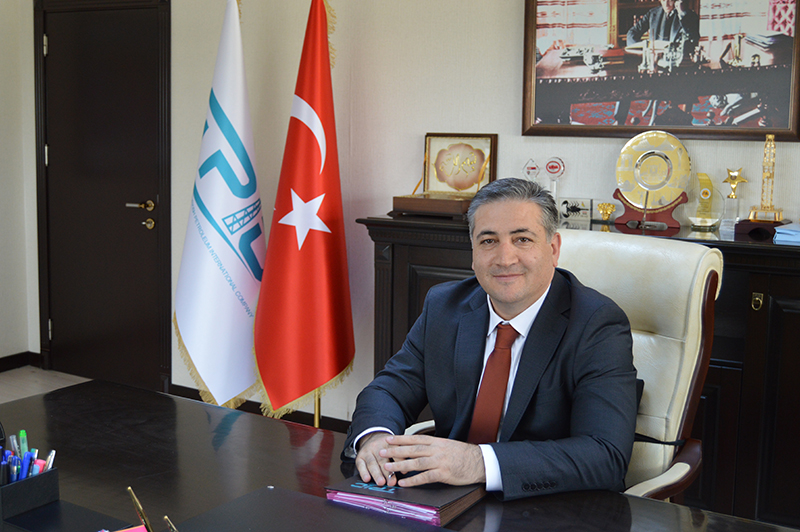 The G20 is responsible for 80% of energy used worldwide and 60% of oil and gas production. Given the G20's target of 2.1% growth in the global economy over five years, how important is it to induce long term stability in the oil market given the volatility in prices at the moment?

Personally, I believe that oil prices will sooner or later stabilize between 70 and 80 dollars, the real value of oil in the market. But I do not expect it to happen in the near future. There are various reasons behind this expectation. First of all, it is observed that Iraq has reached 3.1 million barrels per day in exports for the first time in the post-Saddam era. In parallel with this, the central government of Iraq and the Kurdistan Regional Government in Iraq came to an agreement, on the 2nd December of 2014, which calls for the joint export of 550.000 bopd of crude oil through the Ceyhan Terminal in Turkey to international markets. Secondly, the so called swing-producer Saudi Arabia has kept increasing its oil production despite the plummeting oil prices and finally, the tight (shale) oil  boom in the U.S. is still affecting global prices, but with diminishing magnitude.

Prime Minister Davutoglu has said Turkey’s G20 Presidency will try to bring about meaningful action on global energy security. What can developing nations and even other G20 nations learn from Turkey’s own approach to enhancing its energy security?

As mentioned before, energy investments have tremendously increased in the world over the last decade.  Turkey endeavors to diversify its energy mix through an optimum combination of different sources such as geothermal, wind, solar, nuclear, hydro, coal and natural gas.

There has been a real increase in renewable investments in Turkey. Right now, around 400 MW of electrical energy is produced from geothermal sources in Turkey. Turkey has the potential for up to 1000 MW. It is observed that investments in green energy in Turkey have increased. For example 95% of newly installed and approved power generation facilities in the last 2 years are using renewable sources. This is a model that can be followed by low income countries, especially in sub-Saharan Africa. These countries have very good resources (like solar, geothermal, wind, and hydro), but they cannot exploit them.

Turkey plays a key part in moving oil and natural gas supplies from Russia, the Caspian region, and the Middle East to Europe. To what extent are Turkey’s ambitions as an energy transit state affected by the current turmoil in Iraq and the international isolation of Russia?

Actually, Turkey is not comfortable with what has been happening recently in her neighborhood. We hope that all this turmoil will disappear soon. However, independent of the regional security situation, Turkey is geo-strategically situated in a very favorable position between the energy hungry Occident and the energy-surplus Orient, which is hosting 70% of the world’s oil and gas resources.

The Ukraine-Russia crisis and ISIS issue in Iraq have obviously increased the strategic importance of Turkey. In this context, as an alternative to Ukraine, it is easy to say that Turkey can play a much more crucial role in transiting Russian oil and gas to Europe. Thus, both the Turkish and Russian presidents have expressed support for this and named the new project “Turkish Stream”.

On the other hand, the mutually beneficial contracts and agreements that Turkey has entered into with the central government and the regional authorities of Iraq have helped facilitate the flow of crude oil from the northern section of Iraq to the international market, which remained offline for a long time due to the terrorist attacks and related sabotage attempts. Furthermore, the future transportation of 3-6 trillion cubic meters of natural gas from Iraq will definitely pass through Turkish soil as envisioned by both countries.

Therefore, personally, I am not satisfied with the role which has been cast for Turkey only as a transit country; I want her to be cast as a strong and important energy hub. According to the BP Statistical Review and the International Energy Agency (IEA) Outlook, global energy demand will increase by around 40% by 2035 and natural gas and oil will continue to be the main sources to meet this increased demand.

You have projects all over the Middle East, Central Asia, North Africa, and South America. How do TPIC’s activities support Turkey's global vision in the energy sector and to what extent can we consider TPIC a truly global player in the energy sector?

Frankly speaking, in global terms, Turkish Petroleum International Company (TPIC), is a relatively small energy company with high potential.  We are a thorough reflection of Turkey in economic terms. Why? First of all, TPIC is a 27-year-old company with a strong corporate identity, and extensive expertise and know-how in all segments of the oil business; that is exploration, production, oil field services and oil trading.

Secondly, TPIC is a genuinely flexible, dynamic and agile company with its prompt decision-making mechanism. We have the ability to move forward very quickly. This is one of the defining features of TPIC which will allow us to play a much more important role in our neighboring countries in the Middle East. Right now, for example, under really difficult circumstances, we are operating a very critical project in the Rumaila field of Basra, Iraq, one of the biggest production fields in the world. The field contains 20 billion barrels of recoverable crude oil and is operated by BP. TPIC will drill 40 wells on an IPM (Integrated Project Management) basis. When completed, TPIC will contribute to the development and prosperity of the whole of Iraq by increasing daily production by at least 200.000 bopd.

In short, TPIC, by itself as well as via its own subsidiaries, is working hard to enhance the potential of all of Iraq with all our resources and logistics. As such, we believe that TPIC is directly serving the energy security of Iraq and that of the world indirectly.

Besides, as far as oil field services are concerned, TPIC has realized important projects in Central Asia, Caucasus and the Middle East in places such as Kazakhstan, Turkmenistan, Georgia, Azerbaijan, Iraq and Syria. In the future, these countries and Sub-Saharan countries will be our target markets.

Having realized its first exploration projects in Australia, Indonesia, Pakistan and Egypt in the 1990’s, TPIC also started to perform exploration activities in Colombia in 2008. Since then, TPIC has been working on two different blocks there, which are oil and gas respectively. At domestic level, TPIC currently holds 20 exploration and production licenses in different regions of Turkey and it increased its production from around 500 bopd to around 1300 bopd, whilst Turkey domestically produces around 35,000 bopd.

Moreover, as a global player, TPIC has been conducting oil and gas product trade with Libya, Bangladesh, KIB-TEK/ Electricity Authority of Northern Cyprus (1 million tons of fuel-oil until today), whereas in the past it traded with Iraq and Syria for more than a decade. In this regard, in an insecure environment in Iraq, TPIC has traded roughly 10 million tons of oil and oil products since 2000.

As I’ve mentioned TPIC has really adapted itself to the realities of the market and brought itself into a better position, especially in the last five years. During this period, TPIC has revised its corporate structure, and increased its business visibility and credibility. As a result of strong support received from the Turkish Government and State, paid-in capital of the company has increased ten times from 150 million USD to 1.5 billion USD since 2013. By the same token, the net profit has increased 24 times and the profit per employee has increased from 12.000 USD to 243.000 USD.

Despite the recent change in corporate and ownership structure, TPIC is still a state company, so how much flexibility do you have to execute decisions promptly in the best interests of the company?

Good question. When compared to other state-owned enterprises (SoE’s), TPIC has much more flexibility in terms of decision making and execution. Despite this fact, due to the reason that TPIC is 100% subsidiary of BOTAŞ, , it is subject to supervision of the regulations and orders of our parent company. But comparatively, we are much more flexible than other SoE’s and less flexible than the private companies. Depending on the vision of the executives and the quick decision-making mechanism, we are able to use all the advantages to employ qualified personnel and redesign our corporate structure accordingly. Thus, we have the ability to adapt ourselves to the real conditions of the new projects more easily, and complete them on time.

With around 100 employees, TPIC has created value with a relatively low general and administrative expense budget.

Finally, TPIC has been conducting its domestic and international operations by blending public sector reliability with private sector competences. It's my personal hope and vision that the private sector and TPIC could create a synergy by jointly undertaking some common international projects in the future.

You spoke about increasing the visibility of TPIC. Last year TPIC unveiled a new logo. What image are you trying to project internationally with this new logo and corporate structure?

Primarily, we have changed our logo to reflect our corporate vision and strategy. Secondly, we wanted to create awareness about the business activities of TPIC domestically and internationally. Finally, as a demonstration of TPIC’s true face, we wanted to be perceived in a much more professional manner in the international energy markets.

To what extent is TPIC’s new image, structure and vision a reflection of your own ambitions and goals?

This question might be better answered by my colleagues and superiors. However, at this point I should confess that I have chosen to be in such a State position willingly. I thought that I could contribute to the development process of my country by assuming such challenging tasks as the current one. Our business is mostly conducted in risky and unstable regions like Iraq. I have never been scared of working in such environments; on the contrary this has always stoked my enthusiasm and ambition. For example I can confidently tell you that at least 80% of all my business trips over last five years has been to Iraq. My motto in life has always been: If you are assigned to a position, do your best because you are obliged to give your best.

I grew up and studied at schools in this lovely country and I am aware of the potential and limitations of my country. To contribute to the wellbeing of the people in Turkey, I always try to utilize the best aspects of my personality, education, and expertise.