In what was one of the most stunning upsets of the 2015 general elections, Argentina’s largest province – home to 40% of the country’s population – broke with a 30-year history of Peronist government.  María Eugenia Vidal’s term has been among the most praised and scrutinized of Argentina’s new government. A close confidant of President Mauricio Macri, and having been his deputy for four years at the Buenos Aires city government, Ms. Vidal is keen to highlight the potential for the province as her government collaborates with the presidency to create a stable environment for investment. 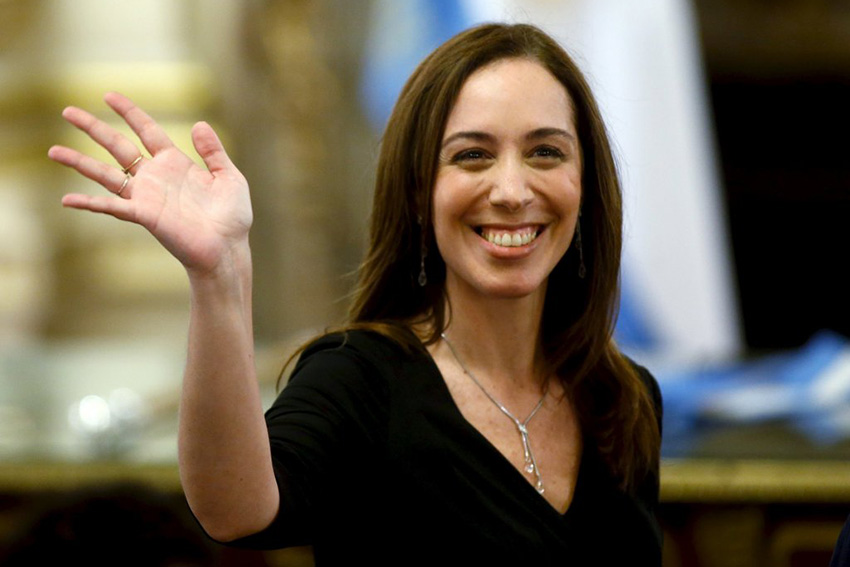 Upon reaching an agreement with holdout creditors in 2015, Argentina returned to the global investment markets. In what way does this new era benefit the economy of Buenos Aires?

By working together, we have been able to find financing on the international market at the lowest rates in the our province’s history; we have issued US$1.3 billion at a 5 percent annual interest rate. We have also been able to reactivate the province’s infrastructure, which is of great importance because it is currently outdated.

We have also been able to initiate one of the most ambitious infrastructure plans of the last few years: routes, ports, drinking water and sanitation, hydro-electric infrastructure, hospitals and schools. Many international credit agencies have also supported these investments.

The collaboration between the provincial and national government is strong, however there are 800 projects directly managed by your administration. How can the province guarantee fiscal stability to obtain even better rates in the years to come?

We have a plan. This year, our deficit can be explained solely by our investment in infrastructure; there is no deficit for current expenditure anymore. This is hinged on an investment process that will last around three more years; then, the challenge will be to maintain the situation.

On a national level, Argentina has been able to pass a Public-Private Partnership Law that will be implemented in the province of Buenos Aires. There is political consensus to advance on these matters, and that will make it possible for us to increase our investment capacity.

This situation, in addition to the measures taken on a national level to stop creating obstacles for the growth of Argentina’s agribusiness – one of the province’s primary investment sectors – has made it possible for us to have a strong harvest this year, which will let us redirect investment towards the value-added commodities. This is an interesting investment area in the province; it is also the case in relation to renewable energies. Buenos Aires has important wind currents and, compared to the more southern provinces, we also have good distribution networks. We also have projects for at least three new wind parks and we have issued a law that offers tax benefits to those who invest in renewable energies in the south of the province. In other words, agribusiness, infrastructure and renewable energy are the three main development areas the province will focus on in the coming years.

When will this economic growth reflect on the living standards of the people of Buenos Aires?

We have already started to show results in this sense. We study economic variables each month. In November 2016, we saw that vehicle production increased by 52 percent; cement offices, related to public infrastructure, increased by 23 percent; and the sales of used cars, as well as mall sales, also increased.

Several companies invested in Argentina in 2016 and they will create good business in the years to come. They chose the province of Buenos Aires thanks to the changes made in 2015. The same political party had governed the province for 28 years and, when that changed, it created trust. This new government supports transparency and predictability; it has a tax objective for 2019 and it plans to push for a tax reform that will reduce the weight of net income on productive areas.

Also, we have to take into account the province’s natural potential. We have touristic, mining, agro and industrial potential. When you analyze this country you understand that half of what occurs in Argentina passes through the province of Buenos Aires. This is a province for investment because of its current condition: it has a macro economy on the rise, the local and national governments are working together and the rules of the game are very clear.

What makes the province of Buenos Aires so competitive and how can that be improved?

We have a lot to work on in terms of costs, mostly on industrial issues, to become more competitive in relation to the rest of the world. We have natural advantages that are now being promoted and strengthened by the national government. This year’s wheat and corn harvests will be 25 percent larger than last year’s, even taking into consideration the climate difficulties we have had.

Also, investing in cattle in the province will yield positive results in the future because it is a niche that can only grow, both in terms of exports and internal consumption.

But the main variables when considering an investment are the foreseeability and the political and economic stability. In the province of Buenos Aires we have ties with the national government and the support of the people. That makes for an excellent cover letter.

Many goals have been set on a national level, such as 5 percent inflation and tax consolidation by 2019. What steps have to be taken to reach these goals?

In our province, the steps are to reduce costs associated to current expenditure that isn’t strictly necessary. We still have to work on this aspect because this province has not been modernized in the past 25 years. We are incorporating technology into our administration mechanisms and we are reviewing the prices and amounts of all the products the province offers its citizens. In this way, we hope to achieve greater clarity. We don’t only want more transparency and foreseeability we also want fewer expenses.

For example, last year we saved US$320 million by reducing unnecessary expenditures. And we have only just begun. Also, 2016 was the first time in 15 years that public employment didn’t rise. It’s important to emphasize this because we are no longer using public employment to disguise the problems in the creation of private jobs or to obtain popularity.

Social inclusion is not limited to the transfer of income towards families with fewer resources. True social inclusion comes from education. The two great social equalizing factors are health and education. We are investing in both these areas and fighting to improve the education and health systems. For example, we sanctioned a resolution that establishes that there cannot be any political acts in our schools because these should be spaces reserved for learning. This will make it possible for our children to become part of the labor force not only for jobs that exist today but for those that will be created in ten years’ time. We need teachers that will prepare children for a global world so that they may be able to get jobs in Argentina, Malaysia or the United States. Our children are already citizens of the world and our education system has to prepare them for that. This means we need a profound education reform and to start the discussion about what we expect from the education system.

In terms of development of human resources, particularly when it comes to future generations, what can the government do to direct this process onto the right path?

One of the President’s goals, which I agree with, is to make classes for three-year-old children universal. To be able to guarantee that your citizens have an important learning capacity and potential, it is necessary to first guarantee the presence of the State in their first five years of life, which is when their psychological, intellectual, emotional and physical capacities will be defined. What is not achieved during this period cannot be recovered later on. It is the best of investments and the President understands it as such. This year alone we have opened 300 new early childhood facilities that offer those services.

I believe we still have to work on teacher training. Today, it is necessary to train new teachers for new students. The conditions in which a surgeon or an engineer are trained today are not the same as 20 years ago. We don’t sow or harvest in the same way either. Therefore, the classrooms cannot be what they were 20 years ago and the program must also be different. Teacher training and the content of what they are teaching is key. I am not proud of the results we have from certain evaluations; we must improve them.

Even if we won’t be able to see the results of what we are doing during this term, we must make the investment. For example, we have begun hydraulic works that will last six years and won’t be finished during this term. But our objective is to invest, for the first time in a long period, in what we cannot yet see.

In a best-case scenario, where do you see the province in four years?

In the best possible scenario we will have a province with tax equilibrium and with 30 percent of its infrastructure debt covered. I also hope two less visible matters have changed: the process and mechanisms of transparency and management. If we achieve this, I will be happy by the end of my term.

You have the support of the national, provincial and municipal governments. Do you still need more support from the private sector?

I think we always need more. I am calling for investment because we need for local and foreign investors to take this opportunity to help us grow faster. I will never say it’s enough.