Moving from hydro to a hybrid power generation system 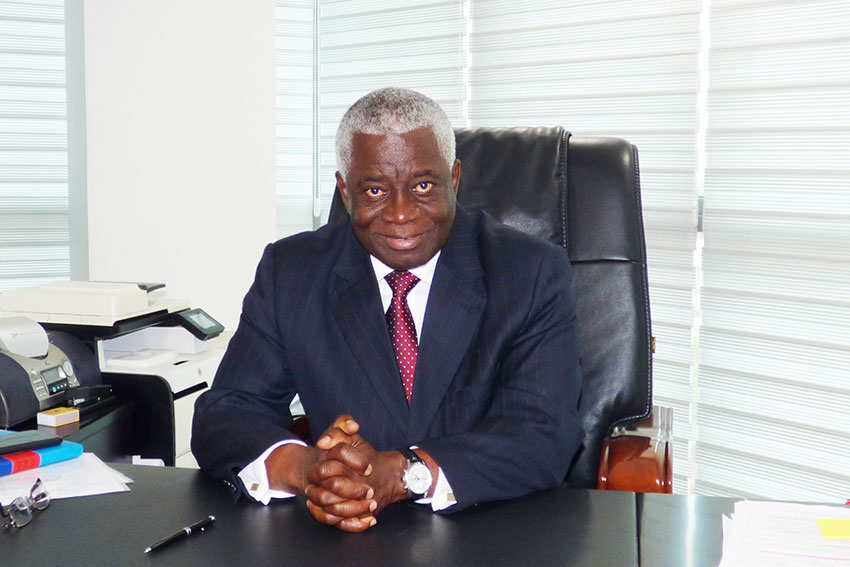 We recently sat with Minister of Energy who said that the West African power pool had been struggling and that with energy demand increasing in the region it was imperative that countries share its resources. In your opinion, where is greater integration and cooperation needed between Ecowas members and what is the potential for the West African Power Pool (WAPP) to address the power supply deficiency in the region?

Probably you're aware that WAPP has an office here and they have actually opened a marketing unit to see if they can trade electricity in the sub-region. There are days when we buy from Ivory Coast and there are days we also sell. So, there is local consumption, but when there is a shortfall we import, and when we can also afford it, we export, into Togo and Benin especially, but that is mainly through Ghana Grid Company Limited (GRIDCo) and the Volta River Authority (VRA).

We (BPA) have been operating as a peaking plant in a sense that the entire system is managed by GRIDCo. They have a unit called the System Control Centre which dispatches electricity from the Power Producers to satisfy the country’s daily demand. They therefore dispatch the Power Producers based on availability. So, there are days that they dispatch us for 6 hours or for 12 hours depending on the national requirement. But for us the practice has been to supply energy at peak consumption periods i.e. in the evening, between the hours of 6pm and 11pm and sometimes during the day from 8am to 2pm in the afternoon. So, the dispatch is managed by the System Control Centre (SCC).

Over the last decade Ghana has positioned itself as one of the fastest growing economies in Africa, however over the past two years its economy has slowed sizably. In 2015 the IMF called the electricity crisis “the single-most important risk” to Ghana putting its economy back on the path to sustainable strong growth. What are the main challenges the energy sector is facing?

The main issue has been for the hydroelectric operations. We cannot control the amount of water we are getting in the reservoir and so we would draw our generating plans for the year based on the rainfall pattern and the inflow into the reservoir. For the thermal plants, I think the main challenge has been financing arrangements to buy enough and adequate fuel for the plants. For the gas, sometimes is just not been available and my own personal sense is that perhaps we should stop relying on Nigerian gas because apart from the intermittent rate at which they have been supplying us, the pricing is such that it does not really make sense, moving into the future to be depending on it.

The government recognizes it and I'm sure the minister told you that while our emphasis is to shift to renewable and in terms of that we have a huge rule to play in the solar section. If you came to Bui, in the Brong Ahafo Region right now, we have finished the additional expansion works on our switchyard facilities to enable the BPA evacuate an additional 250 megawatts of solar PV. I am sure before the end of the month we will have already started implementation of the ambitious project. The first 50 megawatts, we estimate that it will be completed in about the 9 months time. To this end, at the end of next year, we should be generating 50 megawatts of solar power from Bui. Then the second phase which will be starting concurrently would probably come online 3 months after. We expect that by next year, we should have completed the installation of 100 megawatt Solar PV and possibly another 150 megawatts in the year 2019.

We are in some form of partnership with GRIDCo to look at where they have substations especially in the North, to see where they can evacuate additional solar power. So, in terms of renewables, there is a national plan, and this is where we fit in. In the short to medium term we will be looking to add 250 megawatts of solar energy and beyond depending on various approvals, we should be aiming at an additional 750 megawatts in about 5 years from now.

We are doing all this by offering the land and providing where necessary the essential transmission and switching facilities. We then expect investors to come in with the capital to build the actual plant on a BOT basis because as a country we do not have the appetite to continue borrowing. We should engage the private sector to come in.

In order to achieve a diversified and reliable energy mix it is important to bring together public and private institutions and help attract the right IPPs and partners to boost Ghana’s energy supply. What makes Ghana standout as a destination for investment in ‘bankable power projects’ and why should investors see BUI Power Authority as a trusted and reliable partner in such projects?

First of all, I think, we need to look at our development programs to see whether they are feasible. The government is committed to the plans that they have announced either in their budget or in their party manifesto. In terms of providing jobs and creating industries, there would be a market ready for the extra energy required within the industry. If you can't see how the energy is going to be evacuated and used in the country, then it will not make sense for you as a foreign investor and a private entrepreneur to come into the country.

We are also situated in the West African sub-region in terms of distribution of power, therefore, we provide you accessibility to the West African grid, and you can be certain there will be availability of energy supply and there is a market for it. We are in the hydro business at this point in time, but based on what I have told you, next year if you come here by this time, you would not see BUI as a hydro plant, you would see it as a hybrid generating both hydropower and solar PV power.

We have already finished the expansion of our switchyard, we put in the necessary infrastructure in order to evacuate additional 250 megawatts. We also have 161 kilovolts of 240 kilometers of transmission line network connects is part of the National Interconnected Transmission System. So, where we stand today, I don't think, it is even fair to say that we have been taking care of just the North, because the entire three Northern regions don't use more than 200 megawatts of electricity, and so we contribute to power generation, also in down South as well.

It is very important to ensure projects are carried out in an environmentally responsible manner and that communities benefit from the projects. How does BUI Power Authority ensure environmentally friendly practices? How are you impacting the community where you operate?

As much as Bui Hydroelectric Project is a government project, I can assure you the Environmental Protection Agency, and the Energy Commission, will not give you a license until they look at your environmental impact status and they evaluate them. But that does not even end it, periodically, on a quarterly basis, they come and inspect whether you are compiling with all the approvals that have been given to you. There are monthly reports we give to them. So in our case we had an environmental plan in place for the project implementation stage. When BPA took over the plant in the last quarter of 2013 from the contractor, the operational phase followed, this month we are putting together an agric extension unit to assist the Project Affected People (PAP) which we have almost re-settled with new communities, schools, hospitals, and all the necessary social services in place including water and electricity.  Beyond that we had a first phase of the Livelihood Empowerment Program, and we are going to go to a second phase which would lead each household into establishing an alternative livelihood.

UK through the energy Africa campaign has reaffirmed its commitment to develop the power sector in Africa, providing new technology, such as Carbon Capture and Storage (CCS), to support developing countries. Where do you see the most opportunities for further large, mutually beneficial investments that you would like to highlight to our influential readership?

I think it’s the renewable more than in anything else. And in terms of renewable, all the major rivers have been dammed. The remaining hydro sides all are below 100 megawatts.

So far, we have not been able to attract huge investment in those areas because they are considered to be small. We on our own, as BUI, we just started the project of a mini-hydro dam. We hope to finish within the next nine months, and once we do that, and there's certain level of confidence in us, we hope to get the resources to move to the Western region, where there are about five places that we think we have the potential and the capacity to work on those projects.

So in terms of the hydro, I think it is limited. I can't honestly see any substantial addition, not even up to 500megawatts for the hydro, but the solar is for me in the main area for growth. There is a wind map for the country with not many sites, a few on the coastal areas. But the strategy is to also to locate new plants at different locations around the country.

It makes a whole lot of sense to locate them at different sites, and that in itself also adding a secondary post to the idea of getting enough of resources in the solar. We have seen other countries implementing grid connected solar PV plants of 300 megawatts, 500 megawatts at one site, and we think that in the medium to long term it is feasible to use available technologies in those areas.

You are the first CEO appointed in 2017, how do you feel to be back and what is that aim you would like to achieve this second time around?

Having come back, I think beyond the hydroelectric dam, there are a number of things I can do in the land and lake, the reservoir in terms of fish productions, aquaculture, and also agric through irrigation to make their project more meaningful, not only to the people in the area but also the whole country, because I think there is a lot that I can do in food and cashew crop production as well as doing a lot with the reservoir. So, we are in the process of establishing a new office to ensure that the original plans we had for agriculture are implemented as well.