MODEC is a general contractor specializing in EPCI (Engineering, Procurement, Construction and Installation) of floating production systems such as FPSO (Floating Production, Storage and Offloading system). MODEC’s extensive experience in challenging offshore fields has set it apart from the competition. Toshiro Miyazaki, CEO of MODEC, Inc., explains the company’s modus operandi and its quality reputation in the offshore platform industry. 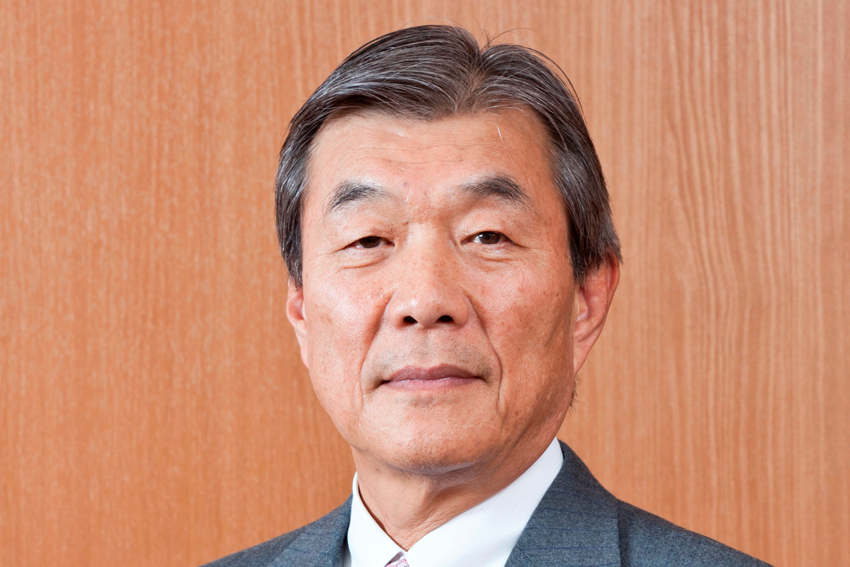 What would you say is the impact of Abenomics on the engineering in contracting sector and indeed on MODEC specifically?

I believe that Abenomics encompasses a very wide range, from economics to fiscal policies and growth strategies, but I would like to respond to your questions surrounding our company.

Prime Minister Abe is chairing a commission on the policies relating to offshore development, and in 2013 this commission set its second basic plan for offshore development, in which it outlined the development of offshore energy and other sources of energy from the seabed. The two elements of the seabed energy resources, which include methane hydrate and other rare earth resources, have been included in this research plan. At MODEC we draw up oil and gas in challenging fields with water depths in excess of 2,000 meters and oil reservoirs at a further 5,000 meters beneath the seabed, so we have proprietary technology that we have developed – which is called the airlift technology – to extract these oil and gases up to the surface.

With this technology, we are hoping to search for resources in the seabed and this is the future of MODEC. We have been contracted by JOGMEC, which stands for the governmental institution Japan Oil, Gas and Metals National Corporation, to conduct basic research based on the basic ambition, which was started by the government committee. We are actively engaging in this and will continue to do so in the future.

What opportunities do you envision for MODEC within the TPP considering your significant experience and performance in the US and Asia Pacific regions?

Regarding the TPP, I am personally very interested in it. Speaking on the behalf of MODEC, because our business model is a “fabless” business, we employ the most competitive shipyards in the world when contracted for particularly large-scale projects and building FPSO (Floating Production, Storage and Offloading system) at these shipyards. We very rarely construct domestically so I don’t think there will be a significant positive effects from TPP for the company. I’m sure that for industries such as automobile and electronics, which produce products on massive scales to be exported, the TPP will have a significant positive impact for them. But for our company, we take on very large-scale projects. For example, one large-scale FPSO is worth $1.5 billion; therefore we can only conduct several projects a year. So even if the TPP is ratified, I don’t believe there will be any direct positive effect, but if the TPP contributes to the development of the economy in general, I would presume there would be an indirect positive impact. Because we contract subcontractors and vendors in the Asia Pacific regions, if the economy in those regions are revitalized it will be very positive for us.

What impact has this new energy environment had on MODEC, which has seen the price of oil drop by almost 50% over the last year and the Shale gas revolution in America? How is MODEC working to adjust to significantly cheaper energy prices and maybe what opportunities do they present to MODEC?

Because our main business is the oil and gas production facilitated by the FPSOs and FSOs (Floating Storage and Offloading systems) that we build, this drop in oil prices poses a major challenge for us.

Our business model consists of three sources of profit mainly. The first profit source is the EPCI (Engineering, Procurement, Construction and Installation) business of FPSOs, FSOs and other floating production facilities. The second income source is the charter business; we own the FPSOs and FSOs that we construct and lease them out to oil companies. The third is the operation and maintenance business for FPSOs and FSOs; the contractual lease and charter periods are usually about 20 years these days, and during that period we also look after the operation and maintenance of these FPSOs and FSOs. Because our contracts for lease and charter, as well as operation and maintenance, are for 20 years, we are not immediately affected by the drop in oil prices, and they are a very stable source of income.

Due to the drop of oil prices, some of the oil companies that we serve have frozen or delayed their launch of production at new oil and gas fields, so we have been affected in so far as we are receiving less work for EPCI.

However, the world’s population is continuing to increase and the standard of living in developing countries is rising, so from the long-term perspective I believe that energy demand will continue to increase, so I am not particularly concerned about the momentary fluctuation in the oil prices.

Despite this unpredictable and difficult landscape, MODEC had an impressive year in 2014. You achieved the record profit of revenue 3780 billion yen. To what would attribute to this impressive growth?

The FPSOs that we construct are very large vessels and it takes on average three years to build one vessel. When I joined the company as president in 2011, the oil prices were at the highest standard and I felt that there was still room for our company to grow. So when I developed the 2012 to 2014 medium-term three-year plan, the key word I used was growth. This was the key to our strategy, and this plan was well understood by all of our employees, who made a united effort that led to our record breaking result of three consecutive years increase in profits and revenue.

Do you expect the numbers to increase now that the fall of the oil prices has affected the business or are you expecting to overcome it?

In developing the following three-year plan for 2015 to 2017, we predict that the oil prices will stay at a low level. Therefore our new theme for this coming plan is to go from “growth” to “vitalizing the content of our business.” In order to achieve this vitalization of our business content, we have sharpened and strengthened our organization. I have set “asset integrity” as key words.  We own many FPSOs and FSOs, and our job is to build as complete facilities as possible in order to gain the satisfaction and appraisal of our clients. Using the information we gathered through the operation and maintenance of the facilities, we put that information to use in designing and constructing our future facilities. This way, we are aiming to create a value system.

MODEC embodies environmentally friendly Japanese procedures and ingenuity, and is a pioneer in new technologies and products, such as your offshore wind generator SKWID and your gas-to-liquid process. As you have already outlined your commitment to asset integrity, can you outline some of these new next generation technologies and how they are the future of MODEC?

In aiming to make these new business lines – in for example the offshore wind energy generation sector in approximately 10 years’ time – I have increased the R&D budgets in this area since I became president in 2011. We have developed the SKWID that makes use of wind energy as well as the energy gained from ocean currents. Our wind energy generator is a hybrid system. We are currently using the test results that we have gained, as well as the technology we have developed, and putting them to use in actual offshore wind-farm projects in Europe. Another important point is that the installation of offshore wind facilities is a very difficult task, but our very own fork-on/float-off installation methods allow us to shorten the time it takes to install the facilities on site, which results in a decrease in total project costs as well.

Why do you believe that major oil and gas companies such as Shell, BP, Chevron and Petrobras have chosen you for their operations? What would you say separates MODEC from the competitors?

The strength of MODEC is that we strictly comply with the content we promise in the contracts with the oil companies. For oil companies, the production of oil is the most important matter, so they are really satisfied with the fact that we are able to deliver on time and guarantee the performance of our facilities. For example the FPSO MV26 vessel that we have just started oil and gas production for Petrobras, we delivered five months ahead of schedule that was stipulated in the contracts and Petrobras was very happy about that.

What role do you think the private sector has in communicating this message of trust and confidence in Japan? Do you feel like this is something that you need to do as an international Japanese company?

Yes, we are strongly conscious of this need, and because we work with people from all over the world, trust is the most important matter, and in order to gain trust, the key is to stick to the contracts and to guarantee what we promised.

Our clients are all outside Japan, and they are international state oil companies or major oil companies. Because of this, we only have a little over 200 employees who are Japanese, and more than 3,000 of our employees are people from around the world. So it is imperative that there is trust amongst internal employees of the company as well. Building trust within the organization is absolutely crucial in the smooth operation of our business. Building trust with our customers as well as within our organization is key.

What message would you like to send to potential partners opportunities to work at MODEC or around the world?

I believe that we must think about what we need to do in order to make the greatest gifts to the future generation. I believe that what we can do for the future is to contribute through our advanced technologies for FPSO and other offshore floating facilities.