The Worldfolio explores through the experience of Mr. Giorgio Starace, Ambassador of Italy to the United Arab Emirates, the link between the World Expos; the strong political, economic, and cultural ties between the two countries; and the contribution of the “Made in Italy” brand to the image of the UAE 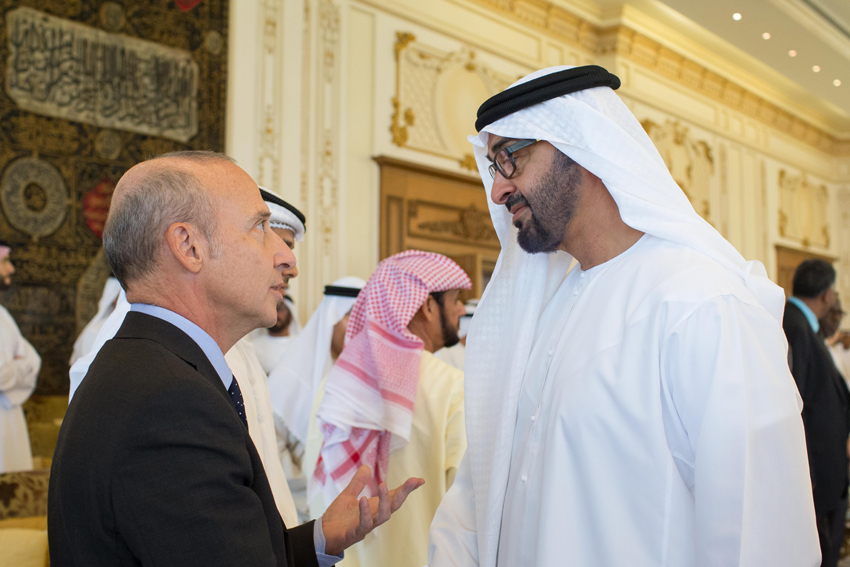 Expo 2020 Dubai has put the UAE under the global spotlight and this provides the country with the opportunity to show its transformation from being a tiny oil producer into a global force in terms of sustainability, technology, and trade. What is your perspective about this transformation that you witnessed as the Ambassador of Italy to the UAE?

First of all I should say I was very impressed in these 5 years by the sustainability of the vision of these leaders. This is a model of worldwide development that owes its success to having an interesting mix of visions, to the UAE’s strategic geographical position and to the modern concept of the Islamic society that this country is showing to the world.

The UAE presents itself as a country where many communities live together in harmony in a region that unfortunately is going through a lot of tension and violence. So, in my opinion, UAE’s model can be considered worldwide, and not only in the Western world, as an interesting model of development.

Living in this country allowed me to learn a lot in terms of the relations between rulers and citizens. This is surely a country where the government and the rulers invest the great financial assets generated by oil in services for both citizens and immigrants living in the UAE, and this is something I’d like to highlight.

Do you think Dubai could somehow represent the Paris of the 21st century?

I’m certain that Dubai has this potential and I’m sure it will grow even more in the years to come. Dubai is the hub of trade and financial services in the Gulf, it has the biggest airport in the world and one of the top airlines; it’s also one of the largest free zones of the world so, I think it will continue to grow in its role of hub.

But at the same time, Dubai is comforted by the fact that the capital Abu Dhabi pools some of the largest producers of oil, so this interesting combination between financial assets and skills is surely going to help the UAE to continue to grow in the future.

In regard to the role of Italy, I witnessed an incredible boom of our presence in the UAE in the last 5 years. And this is not only concerning trade, where by far this market is the first market of expansion for Made in Italy in the region, but it’s also concerning investment and partnership that have experienced an extraordinary growth in these last 2 years, and the cultural dimension of Italy that has also increased its presence

This is a country where a rising number of people are having access to a good lifestyle; our country has an incredible power of attraction due to our sense of style. This helps our exports but it has a very powerful cultural message as well.

As a result, relations between Italy and the UAE are not confined to the economic field; they also include the cultural dimension. There are several agreements between both countries regarding this field, a great number of performances of Italian artists are being held in the UAE, and we are also working on the project of opening the first international Italian school in Abu Dhabi thanks to the donation of land by H.H. Sheikh Abdullah bin Zayed Al Nahyan to the state of Italy.

These last 2 years opened a very solid chapter of political partnership between the two countries that became strategic partners. This is due to several circumstances; one of them is the fact that for strategic reasons the Italian foreign policy and the UAE foreign policy went straight into a convergence.

The strategic interest and the historical presence of Italy in North Africa, plus the new interest of the UAE and increasingly assertive policy of this country in North Africa drove the two nations in a consolidate dialogue. Both Italy and the UAE are deeply concerned and aim to stabilize and pacify regions.

If we look at the relations that have been strengthened throughout the years and especially in light of Expo Milan 2015, what would you say are the areas of convergence and interests between the two countries? And what are the implications of the cooperation agreement that you personally signed?

The spirit of the agreement signed in February was to make Milan the platform for lunching Expo Dubai 2020. Later, in March the two countries signed a detailed contract by which a team of Expo Dubai would be present at Expo Milan doing practice.

Working together with the staff of Expo Milan represents an important advantage for the Expo Dubai’s team in terms of training they gain. At the same time, through this agreement, the staff of Expo Dubai will be in contact with a great number of Italian companies working on services and infrastructure.

These companies will be, for sure, very interested on being recognized for their skills in view of the many projects and tenders that Expo Dubai represents. The agreement is an extremely beneficial instrument, as both Milan and Dubai are cities open to the world with the same vocation of being international hubs, so they are natural places to host an international expo.

Furthermore, although Italy is happy to make use of the Expo to celebrate its national pride by showing how nice the city is and how successful the Expo is in terms of business and contributions to the national economy, I’m certain that Milan and Dubai will prove the world that the future of these initiatives is to make the event an occasion for ideas incubation regarding the future of humankind and for debates on the challenges ahead with respect to the global economy.

Expos’ messages are truly stimulating; Milan’s connectivity message is not only current but it also represents one of the most relevant problems for our future. Moreover, this topic seems perfectly shaped for a city like Dubai that is naturally the city of the connectivity and the route between continents.

UAE’s GDP is expected to grow by 25% in the next 5 years thanks to the tourism sector and because of Expo 2020. It is also estimated that Dubai will attract the approximately 25 million tourists. Etihad’s acquisition of 49% of Alitalia is another example of the strategic convergence of interests towards the 2020 horizon. What is the impact of this partnership on the bilateral relations between Italy and the UAE?

I did work on this project from the very beginning. It’s been an extremely complex negotiation that had to overcome many difficulties throughout the last 2 years.

It represents the largest operation among airlines in recent years and I’m very proud that we succeeded in this agreement because I had always considered it a win-win solution for both companies.

On the one hand, there was Alitalia struggling to come out from the crisis and, on the other hand, Italy did not want to renounce to a crucial instrument in the expansion of the Made in Italy around the world. It would have been very strange to see a country such as Italy, that is one of the largest exporters worldwide, renouncing to have its flag carrier and national airline.

So when the agreement was done I was extremely happy as I projected that following the agreement we would have  experienced an increase on investments in Italy. As Prime Minister Renzi highlighted in his meetings with H.H. Sheikh Mohammad bin Zayed Al Nahyan in October in Italy and then in the UAE in January, what Italy showed to the world is that it’s a market where a very powerful investor is welcome.

Italy will show to Europe that the Italian skies are the most open among European countries. Since the conclusion of the negotiations in August 2014 we witnessed a growing interest of financial groups and sovereign funds on the Italian economy.

Thanks to the agreement there have been important investments in airports and infrastructure. The growing role of capitals coming from the Gulf in a country that is located in the heart of Europe is now prominent.

Some criticized the way we did business; some called us the Trojan Horse of the Arabs in the European continent. We carried on responding that Italy is the bridge for the Arab world towards our continent because this is our natural location and our historical role. We are a country overseeing the Mediterranean, open to the MENA region, Africa, and open to trade.

UAE’s lifestyle has evolved to become a very demanding market for a wide variety of products from diamonds and gold to entertainment, fashion, and design. What is the contribution of the Made in Italy to the image that the UAE has in the world today?

I think it’s gigantic. Analyses from prestigious international papers that forecast the penetration of the so called “nice and beautiful products” in the most important markets of the world, place the UAE as the top market. And I must say, Italian industries are leaders in the UAE especially in these areas.

Consumers in this country are going through a very fast process of maturation. When I came in the UAE 5 years ago, nobody knew what a burrata was; now there isn’t a single restaurant where you can’t find a burrata that is fresh and comes daily from Italy thanks to the many flights connecting our country and the UAE.

Similarly, 5 years ago nobody knew what a tartufo was, while today tartufo is everywhere. There’s more tartufo here than there is in some places in Italy. Despite being small, these examples show the massive presence of Italy in this country.

Of course, there are also other dynamics to be considered such as Euro’s decline that has encouraged even more Italian exports. The figures for the first two months of this year show a 10% growth compared to the same period in 2014.

This makes us hope that another boom of Italian exports in this market is possible. It won’t be as powerful as the one we are experimenting in the US market where the Made in Italy is now reaching a 44% growth driven by the low Euro and the large recovery of the demand in the United States.

Still, the UAE is the first per capita market of Ferrari vehicles in the world. And last year Maserati had an extraordinary performance overcoming the already consolidated Ferrari.

Finally, what are your favorite memories of the 5 years that you spent here that you will bring along on your next adventure?

This will probably surprise you, but I was particularly impressed by seeing how skillful and ambitious women are here. And at the same time the respect that they have within sheikhs and rulers. There are many well-prepared women in the UAE that make big contributions to the country. H.H. Sheikh Mohammad bin Zayed Al Nahyan once stated in a speech in Abu Dhabi that a lot of the success of the UAE is due to the women of the country.

This is both remarkable and advanced, and it doesn't happen often even in the Western world.