Interview - December 3, 2013
Mexico City is the nation's political, financial, economic and cultural capital. Miguel Ángel Mancera, elected mayor last year after having served a highly successful four-year term as Attorney General, speaks about just how big the role the city plays in the national economy is and what steps his administration is taking to boost other sectors, such as tourism, and improve the social element 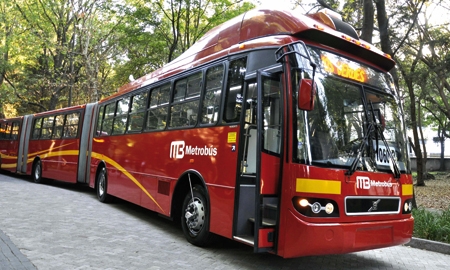 MIGUEL ÁNGEL MANCERA | MAYOR OF MEXICO CITY
Mexico is enjoying renewed political and economic stability. The new reforms are raising the expectations of the international community and Goldman Sachs predicts that the country will rank among the top seven economies in the world by 2020. How is Mexico City contributing to this boom?

In terms of competitiveness, Mexico City is very high up there and we’re in the middle of a transition from being an industrial city to being a service provider. We’re seeking to break free from manufacturing and become instead, a kind of “mind-facturer”.
Bear in mind that this city’s contribution to national development is vital, and not only that, they’re intrinsically linked. When there’s an economic slowdown in the capital, the economy of the entire country also slows. Mexico City contributes 17-18% of national GDP. This is the financial hub.
What the city needs to do within the next few years is identify what areas we’re best at and make them drive economic development further. What we’d like is for Mexico City to be more than a mere tax collector. We’re not like other states who depend to a large extent on federal support. We have our own sources of income. Yet, we need these sources to produce even greater income.
How can we achieve this? By identifying those areas of opportunity, for one. This is taking shape in the ZODE (Economic Development Zone) campaign. A ZODE is different from a cluster, which focuses on one activity. In a ZODE you can have a research center from which different things can permeate the whole area and improve conditions. This makes it, in fact, an economic and social development zone.
As you said, Mexico City is the national financial center and it is certainly the main business center as well. What other areas, or vocations, does the capital have?

Tourism. Mexico City receives some 11 or 11.5 million visitors a year – the same as Madrid – but our tourism industry isn’t consolidated like Madrid’s is. This means that tourism revenues are quite disparate. Why is this? Well, Mexico City has become a transit zone and an area for specific purpose visits – business, conventions, etc. It’s not a touristy city that people come to visit and enjoy for its own merits.
Among our various strategies is the creation of a tourism promotion bureau. This office has already had contact, for example, with its counterpart in New York. We met with them and spoke about what could be the niche opportunities for tourism exchanges. This is something that’s happening in other cities, so it’s become a very viable and important scheme.
We’re also publicizing the city’s cuisine. We’re reinforcing the “gastronomic route” as well the city’s possibilities for religious tourism. The Basilica of Our Lady of Guadalupe in Mexico City is one of the most important Catholic pilgrim sites.
What are Mexico City’s relations with the U.S. like?

What we would like to see is for all U.S. states to have some kind of relation with Mexico City, or some need here. This is why we deem it so important to spread the word and promote ourselves.
The relation is a good one and one of the biggest opportunities I see is in business. Mexico City wants to become an “alpha city” and to do this we need global companies. We have transnational ones but we need more global ones and we need to consolidate competitiveness and improve employment.
What are some of the issues your government is addressing?

There is a complicated and complex set of issues in different strategic areas of the city, having to do with infrastructure, water, mobility, transportation and of course finance. As for social matters, these are being addressed through our central program called “Social Capital” that aims to group together and clean up all the existing social programs to give them an extra push, with financial backing too.
There are several courses of action to spur social development over the coming years. On one hand, there’s help for senior citizens, and on the other, programs for babies and children up to age six. And in the middle we have a series of programs for young people and women. For the former, there are scholarships for high school. For the latter, there is unemployment insurance, which includes healthcare.
The program we have today in Mexico City is one of the strongest; we can meet the needs of more than 4 million people in terms of healthcare and free medicine. The goal is preventing illnesses, keeping people healthy.