Angelos Loizou, Chairman of the Cyprus Tourism Organization (CTO), discusses how one of Cyprus’ most resilient sectors during the recession is undergoing major changes to remain competitive beyond just sun and sand during the shorter tourist season. 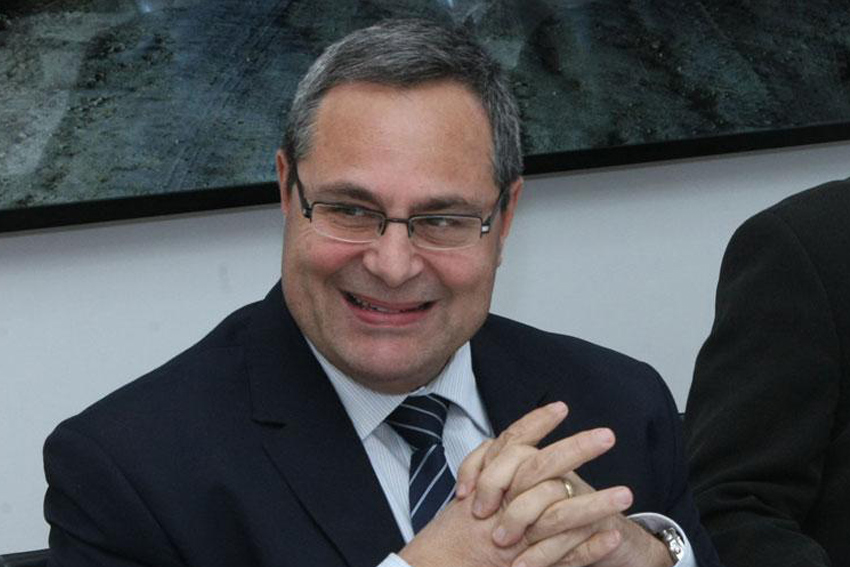 How is the CTO moving to turn Cyprus into a year-round tourism destination, moving away from the shorter seasons you currently see in Cyprus?

Up until the end of the ‘90s, Cyprus was considered a year-round destination. When other industries started to develop, like the construction and professional services sectors, Cyprus was becoming a financial center for international companies, and the official interest in the tourist industry was reduced.

In addition, there has been an establishment of other competing ‘warm in the winter’ Mediterranean destinations, i.e. in North Africa, which could offer lower prices due to the nature of their product.

As a result, our tourist season was gradually reduced from 10 to seven months, but never under seven.

What we are trying to do, is to bring it back to 10 months, because that is the happy medium, as you need a couple of months for people to revive, as well as a period for refurbishing and maintenance.

The 10-month period is accordingly our target.

We have already undertaken specific actions, i.e targeted promotional and other marketing efforts, and we have seen encouraging trends mainly from traditional markets like the UK and Germany.

This year we’ve had considerable increases from the UK and German markets, as well as the French, Dutch and Austrian markets, which have smaller numbers but high potential increases.

The same has happened with central European and the Baltic countries. Additionally, neighboring countries like Israel, Greece and Middle Eastern countries are giving us business during the low season.

We are a small destination, but we are rich in depth and diversity to have almost everything: from sun to snow; from a 10,000-year-old history and culture to contemporary cityscapes; from beaches and plains to high-peaked mountains; from tranquil villages to buzzing cosmopolitan nightlife; from a relaxing ambience to high-adrenaline experiences.

Cyprus is a world of offerings. Whatever the whole world offers, we offer in Cyprus. And no other destination can give what our island can in such a small geographical space.

It is our goal to re-establish Cyprus on the winter tourist map. We are concentrating on special interest activities and specific market segments that will lure visitors.

Sports, cycling, golf, trekking, conference, medical, cultural and religious interests can all be superbly enjoyed in the warm winter sun of Cyprus, in quality accommodation and surroundings.

We are accordingly promoting a wide range of special tourism products and we are encouraging our hotels and other tourist establishments to stay open as long as possible.

Moreover we are developing attractive winter sun activity programs, targeting specific market segments of individuals or groups, to make normal or extended stays in Cyprus during winter both enjoyable and fulfilling.

In cooperation with our municipalities we are also assisting cultural and sport events, as well as enhancing and enriching the opportunities for entertainment.

We have to admit that our task is not easy, because we have to overcome the established summer business model of sun and sea and the existing status quo, as the vast majority of our accommodation establishments are beach resorts.

We are working collectively hard to convince the sector to take a step further and undertake business risks, which we are confident will bear fruit in the end.

The City of Paphos has been selected as European Capital of Culture for 2017; you were a key part of making that happen. What makes Paphos so important culturally?

In my professional capacity and prior to my appointment at the Board of the CTO, I had the opportunity to work for about three years on the project to make Paphos the European Capital of Culture.

It was a highly significant project, as we had to compete with a lot of other countries, going through various challenging selection rounds.

During the whole process, a country needs to firstly earn the qualification and, subsequently, a city is selected within the country. A strict and demanding committee selected Paphos after an elaborate process.

Although it’s the smallest city that has earned the title, it has the power to generate and project its culture at a significant degree and in a special way.

A city is not selected because it has i.e. opera houses, music arenas or museums. The title is earned if you show that according to your background and your true ‘essence’ and ‘cultural spirit’, you have the ability to enhance and create new cultural dimensions, as well as promote the common European consciousness, while highlighting your unique characteristics. That’s why Paphos was selected.

At this time, a resolution to the Cyprus Question seems to be building momentum. From a tourism perspective, what effect will a unified market have in terms of economic benefits?

We think this matter is quite simple in substance. The market in Turkey is vast and growing (more than either the UK or the German market), it has great potential due to its close proximity.

In case of a just solution, the island would be probably flooded with visitors from Turkey.

A just solution to the Cyprus problem would definitely be a positive development in terms of the island’s tourism economy, initiating further development and growth from other markets as well.

Cyprus as a destination would also be able to attract increased international investment in its tourism sector. Overall, we strongly believe that the two communities, both Greek-Cypriots and Turkish Cypriots, could work together constructively and, in good faith and respect, overcome any difficulties in mutually beneficial arrangements.

Turning now to something else that has been mentioned by the Minister of Tourism, Energy, Commerce and Trade as a bit of a game changer. That is the legislation passed for the integrated casino resort. Where do you see this taking Cyprus?

The creation of an integrated casino resort has definitely created promising prospects for our island. Nonetheless, we believe that there should be a realistic/pragmatic approach in terms of the expected tourism impact, as there may perhaps be some overoptimistic projections about the estimated number of potential visitors.

Undeniably though, a successful integrated casino resort with high caliber facilities and top quality services will definitely attract a significant diverse and upscale clientele (not only casino players, but also families, vacationers etc.) making our tourist product even more differentiated, attractive and of course prestigious.

It is also important that Cyprus is in a geographically strategic position, attracting interested visitors, for both casino and resort reasons, from a wide area and even distant, long-haul markets.

The CTO is in charge of promoting Cyprus abroad, a very important role particularly after the perceived reputational damage after the 2013 crisis. From a tourism perspective, where do you see the evolution of brand Cyprus, what would you like investors to take with them regarding Cyprus?

We do have an enormous responsibility to find innovative ways of promoting ourselves, and I think reaching out in an innovative and personal way is very effective. It is a fact that we have adopted more extroverted and cooperative approaches when dealing with our important international partners like airlines and tour operators.

With regards to the Cyprus brand, it is simple: Cyprus is a world of multidimensional offerings, it remains sophisticated, whilst having an authentic and genuine background.

There is still authenticity, live links to our rich and diverse past, as well as a luxurious and modern lifestyle, and in two words Cyprus brings simplicity and authenticity together.

This is what luxury is all about, that is our definition.

People do not want complicated things, as there can be beauty in simplicity and a laid back way of living. Cyprus is a serene place where people can easily move around and distances are quite short, as well as being one of the safest and most reliable destinations in the world.

Our message to any investor is that we now have a mature and promising environment for fruitful investment, provided there is a right combination of an expert, proficient operator, a serious investor and an experienced local partner.

This tripartite relationship is the recipe for success for any project in Cyprus’ hospitality industry. Proficient and skillful operators are particularly important in terms of niches, such as medical and wellness tourism (taking advantage of our healthy weather conditions) or other special forms of tourism.

There is definitely a wide range of promising projects that have the potential to appreciate and give significant returns. Now is certainly an ideal time for productive and profitable investment in Cyprus.